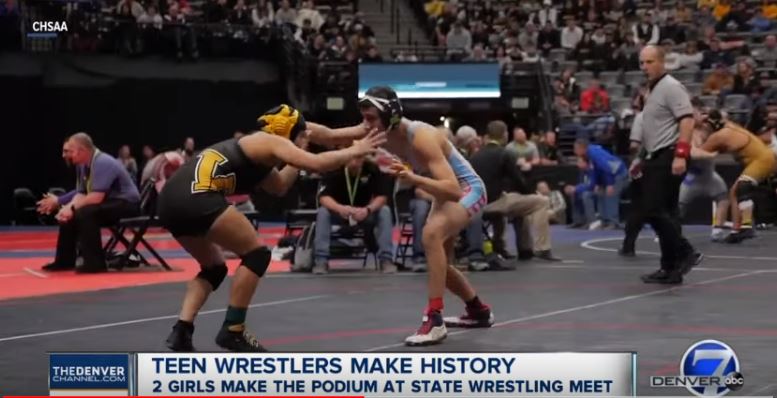 It's not just "toxic" masculinity that's under attack now. Masculinity in general is under assault from would-be social engineers like USA Today sports columnist Christine Brennan. On Tuesday, she complained that young gentleman who refused to wrestle girls at the Colorado state high school wrestling tournament need to accept the intrusion of girls into male sports and join the 21st century.

Two girls finished in the top five in their weight classes due to forfeits by boys. Sexist boys, to Brennan's way of thinking.

Brendan Johnston, a senior at The Classical Academy who forfeited two matches rather than wrestle girls, explained to The Denver Post why he won't wrestle girls:

“I’m not really comfortable with a couple of things with wrestling a girl. The physical contact, there’s a lot of it in wrestling. And I guess the physical aggression, too. I don’t want to treat a young lady like that on the mat. Or off the mat. And not to disrespect the heart or the effort that she’s put in. That’s not what I want to do, either.”

Johnston isn’t the first boy "to stubbornly refuse to compete against a girl," Brennan snarls. Don't feel bad, Brendan, Tim Tebow and Vice-president Mike Pence have been criticized for treating ladies well, too. That's how it is with crazy, mixed-up media who can't see any form of masculinity that's honorable. Obviously not the wife-beating pro athletes. Nor the good guys either.

The more Brennan wrote, the more ridiculous she got:

"It is 2019 after all. These kids were born in the 21st century. If a girl decides she wants to wrestle, as thousands have across the nation, most boys respect that, treat her as she wants to be treated – like just another wrestler – and do their best to defeat her.

"For those who are still having trouble with that concept, it might be time to figure out why. Is it really because these young gentlemen are worried about how they are treating a 'young lady?' Or is it something else?"

Brennan dismisses the motives and the faith of boys who don't want to mix it up with girls on the wrestling mat. She recalled a conversation she had on a plane flight with the father of two sons who were high school wrestlers. He said his sons had forfeited matches rather than wrestle girls:

"I asked why. He mentioned religion and treating girls and women the right way, and then he said this:

“Can you imagine what it would be like for a boy to lose to a girl?”

"Aha. Now we were getting somewhere.

“Have you ever thought about what it’s like for a girl to lose to a boy?” I replied."

To fit into Brennan's ever-shrinking sphere of male acceptability, boys should wrestle against girls, boys or anybody pretenting to be a boy, like good little politically correct puppets.

"The sooner the families of these reluctant boys figure this out, the better they will be, because these are young men who will be competing against and working with women the rest of their lives. They might as well get used to it," Brennan lectures, missing the point that competition between the sexes in the business world is not a contact sport.