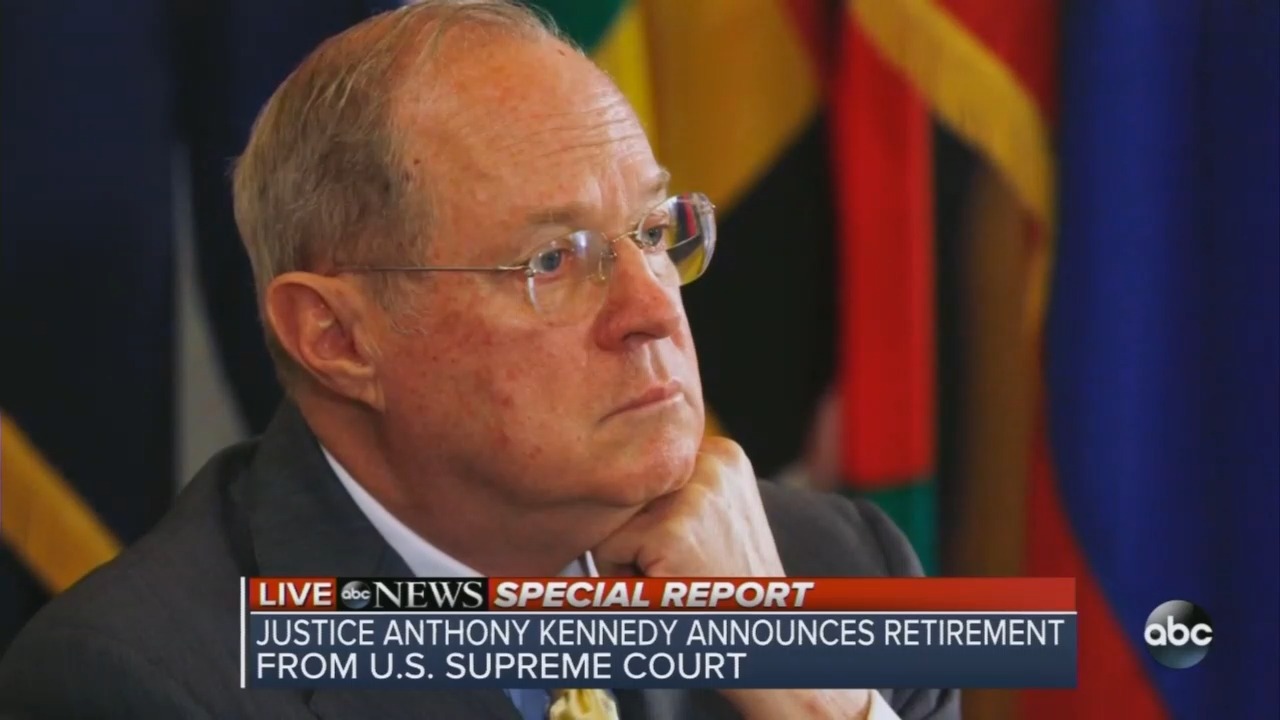 The announced retirement of Justice Anthony Kennedy has thrown the left even further into angry confusion. Amid all the doomsaying and rending of garments, some in the media are attempting to label Anthony Kennedy as a “traditional conservative.”

Perhaps it’s a way to cope with the situation: “Things are not going to be that different.” Or perhaps it is intended to spite Kennedy for resigning during the Trump administration, but within hours of Kennedy resigning on June 27th, a barrage of articles surfaced from news outlets including Salon, The Washington Post, and Slate calling attention to Kennedy’s right leaning decisions in the past and claiming “we always knew that Kennedy was a conservative, indeed a very conservative conservative.”

Though he was not as bad as Gorsuch - “A right-wing hack who ignores all judicial restraint” (courtesy of Salon and Amanda Marcotte) - Kennedy did some “heavy lifting … on behalf of conservative causes over the decades,” according to The New Republic.

Several of the media outlets took time to detail Kennedy’s right wing decisions, accusing him of “modern-day voter suppression” and of acting as a “voter for employers over employees.” In addition, Marcotte labelled his many iconic decisions (in liberal eyes) in favor of gay rights and abortion as merely “occasional glimmers of human compassion.” Those “glimmers” include the landmark cases Roe v. Wade, Planned Parenthood v. Casey, Lawrence v. Texas, and Obergefell v. Hodges, to name a few.

The claim is, however, that Kennedy was not moderate, “especially not on … the effort to preserve our democracy in the face of Republican efforts to destroy it.” According to The New Republic, the only reason Kennedy had this label was when he was put “in contrast to conservative flamethrowers like Thomas, Alito, Antonin Scalia, and now Neil Gorsuch.”

The reason why the left was so blind to the truth about Kennedy, as Marcotte observed in her classy style, was due to their “collective inability to realize how f**ked-up a situation is until it's too late to do anything to unf**k it.” The truth really is that “conservatives cleaned our clock on the court issue a long time ago.”

Kennedy had a history, but his worst year was his last in which he supposedly “gave up and joined Team Trump.” As The Washington Post observed, “There were 19 5-to-4 decisions this session — but none in which Kennedy joined the four liberal judges.”

Overall, the media conveyed a sense that they felt betrayed. They were lost in a political oblivion awaiting for Trump to appoint, as Marcotte put it, “Justice Bob ‘Federalist Society’ Smith,” and in their confusion they turned on the former champion of their cause.