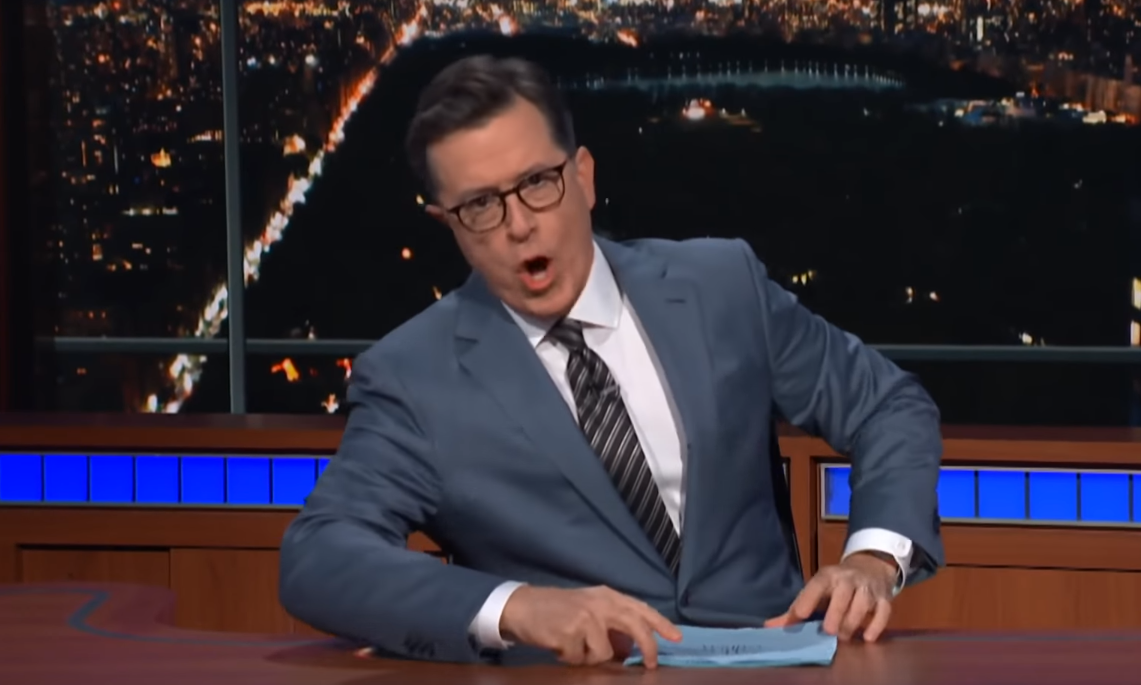 Stephen Colbert not surprisingly has attempted to use his Catholic faith to make a political point, and unbeknownst to him, he failed at it.

He was referring to the incidents at the border involving illegal immigrants and their children. Colbert called attention to how AG Jeff Sessions defended the government’s actions at the border with a quote from Romans. The Late Show host then fired back with his own quote from the Bible, receiving resounding applause from the audience.

The verse that Sessions made reference to was Romans 13:1 which states, “Let everyone be subject to the governing authorities, for there is no authority except that which God has established.”

In response to the attorney general, Colbert put on his Catholic hat, and recited Romans 13:10 which says, “Love your neighbor as yourself. Love does no harm to a neighbor. Therefore love is the fulfillment of the law.”

What the audience thought was a theological smackdown, was simply an inept interpretation of the Bible. Colbert, though he called out Sessions for not reading far enough, should himself learn to study things in context. If he had looked, he would have noticed that in the previous verse Paul references the Ten Commandments, which makes it explicit that the apostle is talking about the Divine Law and not human law. In other words Romans 13:1 and 13:10 are talking about two different types of law.

The Late Show host should have read Romans 1:18: “The wrath of God is being revealed from heaven against … (those) who suppress the truth.” He might have been more wary about skipping relevant verses to curb the meaning of the Bible.

Even if the verse was talking about human law, Colbert’s point still would have fallen flat. In this verse, “love” is the translation of the original Greek word “agape,” a specific type of love which St. Thomas defines as “to wish good to someone.”

What is someone’s good? Well, without dragging you through Aristotle’s Ethics, St. Thomas, and hundreds of years of Catholic teaching, the good of another is their virtue.

So according to one of the most respected doctors of the Catholic Church, deterring people from breaking the law, which Session’s immigration policies are designed to do, is the same thing as encouraging them to be virtuous. In other words, it is the same thing as loving them.

It’s not really surprising that Colbert is being clueless about his religion. As an outspoken supporter of gay rights he has obviously not thought much about Romans 1:24-32 which explicitly condemns homosexual relations.

Has Colbert read any of Romans...besides those parts which out of context support his political agenda?