Cher EXPLODES Over TX Abortion Ban: ‘PREGNANT WOMEN AT THE MERCY OF TYRANTS’ 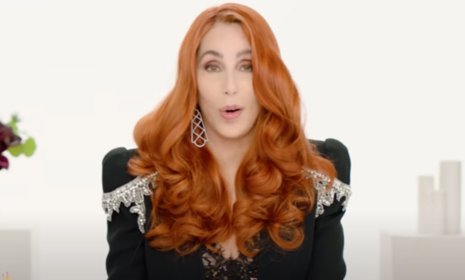 It pains us to say it, but perhaps the singer’s legacy will be less about her music and more about her worship of murderous leftwing policies like abortion.

Over the weekend of September 5, the “Half-Breed” and “I Got You Babe” singer let out a torrent of rage towards the state of Texas for having signed into law a bill which protects unborn babies from abortion as soon as their heartbeat can be detected. Of course the entire left convulsed about the life-saving legislation, but Cher’s reaction was one of the nuttiest and most emblematic of pro-aborts’ hatred for unborn children.

In all caps, Cher tweeted, “BAREFOOT & PREGNANT, WOMEN AT THE MERCY OF TYRANTS !! WOMEN WILL DIE FROM BACK ALLEY ABORTIONS, SAME AS BEFORE ROE V WADE !! POOR WOMEN WILL BE HIT THE HARDEST !!” Oh say it ain’t so, Cher. And again, maybe we would listen to her wailing about the plight of women, if we weren’t acutely aware of the innocent lives she completely ignores in her lamentations.

Oh women will be “hit the hardest?” They’re the victims? Get out of here!

Still the singer mustered up a litany of tragedies that will ensue because of the abortion ban -- well everything but the killing of an innocent human baby. “CAREERS VANISH !! SEXISM, RACISM, trumpism, CULTISM, FASCISM, TERRORISM, DEMOCRACY WILL WITHER & DIE, & DICTATORS WILL THRIVE,” she added.

Yup. See what you’ve done Texas?! This is what you’ve brought upon us with your concern for innocent Americans in the womb. DEMOCRACY DIES IN DARKNESS! Classic, Cher.

The day that the bill went into effect in the Lone Star state, Cher had a hysterical tweet as well. She tweeted on September 2, “Wondering When Texas Senate Will Start Mandating Burqa’s[sic] !? IF Texas IS Going 2 Take Women’s Rights Away THEY SHOULD AT LEAST FURNISH STATE AUTHORIZED UNIFORMS.” Yeah women’s “rights” to kill their kids. That’s exactly what the founders envisioned for the country, wasn’t it?

She added, “WONT [be] LONG,TILL Texas OFFERS ‘HANDMAID’S TALE’ JEWELRY ON LINE. [Be] 1st.ON UR BLOCK 2 GET NEW ‘SHUT MY MOUTH’ LIP RINGS.”

Man she sure is hilarious, isn’t she? Though even funnier, some other braindead lefty accused the singer’s tweet of being “Islamophobic” for the way it makes burqas sound bad or oppressive even though -- psst!--  they are. “She walked right into Islamophobic rhetoric to make an unrelated (good) point,” the user tweeted.

This actually got a response out of Cher who said, “OK‼️ IM NOT ISLAMOPHOIC‼️ I WANT WOMEN 2 HAVE THE FREEDOM 2 CHOOSE‼️ THE RIGHT 2 SHOW THEIR HAIR OR NOT,BECAUSE WOMEN AREN’T CHATTEL.THEY HAVE RIGHTS.”

Yeah you’re right on that one Cher, but you know who else has rights? An unborn baby.