‘YOU’RE NEXT’: LeBron James Tries to Use Twitter to Sic Lynch Mob on Ohio Cop 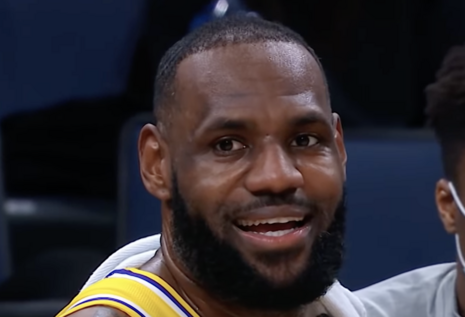 LeBron James, the star athlete of the L.A. Lakers, used social media to encourage leftists to go after a Columbus, Ohio, police officer on Wednesday.

James, a major proponent of the lie that African Americans are targeted for murder, tweeted last year, "We’re literally hunted EVERYDAY/EVERYTIME we step foot outside the comfort of our homes!" and now his hysteria is endangering lives.

The 36-year-old basketball star and proponent of radical race activism group Black Lives Matter furiously declared judgment on the police officer who shot 16-year-old Ma’Kiah Bryant while she was trying to stab another child.

Despite the fact that the fatal shooting occurred less than 24 hours before Lebron’s assessment, and that the bodycam footage of the incident showed the officer acting in an extremely tense and dangerous situation, James insisted on making a rush to judgment and getting everyone to condemn the cop as an enforcer of America’s racist justice system.

In a highly disturbing tweet, the NBA champion tweeted a photo of the officer who shot Bryant and wrote, "YOU’RE NEXT,” followed by an emoji of an hourglass and the hashtag “#ACCOUNTABILITY.” Of course, this was a reference to the verdict against Minneapolis PD Officer Derek Chauvin, who was convicted of second and third degree murder and second degree manslaughter for the death of George Floyd the same day that Bryant was killed. 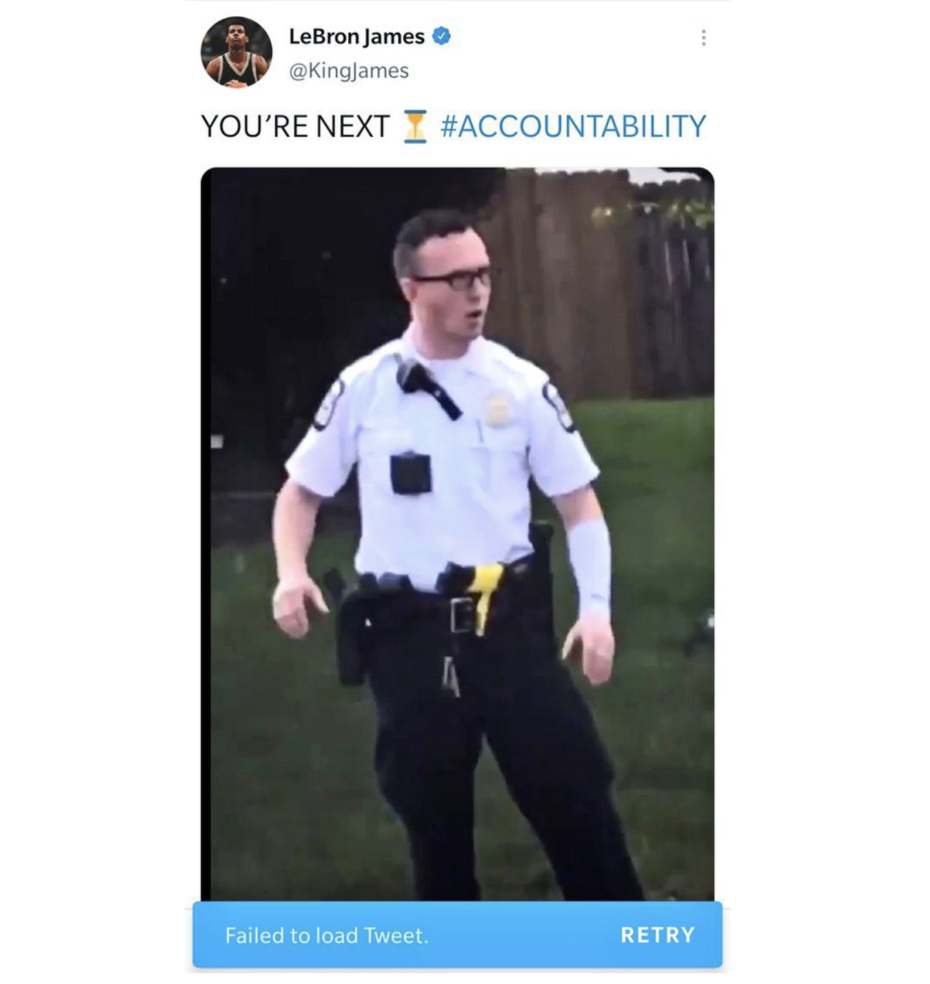 LeBron’s words, potentially seen by his nearly 50 million followers, seemed quite threatening to  the life of the police officer, his family, his fellow Columbus officers and the security of his city, as left-wing mobs love burning down cities in which cops are perceived to kill or harm minorities. Also, the man who killed Ma’Kiah Bryant has not been convicted by the U.S. Justice system like Officer Chauvin, but he is still at the mercy of the mob’s justice.

The most terrible thing of all was that the actions of the officer – who became the subject of Lebron’s “two minutes hate” – may have saved the life of a girl who was clearly being assaulted as seen in the footage, though, unlike others, we will not rush to judgment or a verdict. At the very least, Lebron’s irate tweet considered no possibility beyond the fact that a racist white officer had deliberately murdered a black person the way he thinks Chauvin murdered Floyd.

Luckily, many people on Twitter refused to let LeBron get away with his evil tweet, especially conservatives. Senator Tom Cotton (R-AR) tweeted, “Lebron James is inciting violence against an Ohio police officer. This is disgraceful and dangerous. Is the NBA okay with this? Is Twitter?”

Surprisingly, the backlash LeBron received caused him to delete the tweet only a short time after posting it. Conservative commentator Jack Posobiec saved a screenshot of LeBron’s tweet to save for the record. Posobiec tweeted the image with the caption, “Hi @KingJames! Why did you delete this?” It’s because LeBron knows what he did was foul and an attempt to ruin the Ohio police officer’s life.