Racist Nick Cannon Gets Benefit Of Doubt from Fox, Reinforcement from Celebs

While ViacomCBS has fired MTV host Nick Cannon for his anti-white and anti-Semitic comments, The Fox Network has decided to let the racist and host of it’s flagship gameshow, The Masked Singer, keep his job, claiming that he “inadvertently” spread hate. 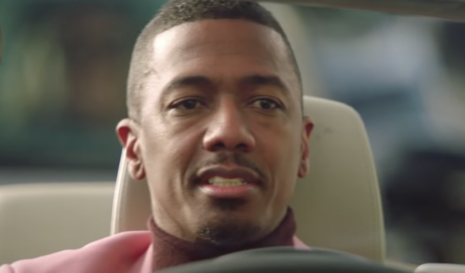 Oh yeah, saying that white, or “non-melanated” people “rob, steal, rape, kill and fight” because of their lack of skin pigmentation just slipped out. Going through the genetic and historical reasons behind why white people and Jewish people suck is an unfortunate verbal tic.

Anyways, Cannon placated at least some of his media benefactors on Wednesday with a gushing apology for his anti-Semitic comments from his June 30 podcast episode of Cannon’s Class. He tweeted on July 15, “First and foremost I extend my deepest and most sincere apologies to my Jewish sisters and brothers for the divisive and hurtful words that came out of my mouth.”

In a subsequent tweet, the Fox host and former “Wild N’ Out” host added, “On my podcast I used words & referenced literature I assumed to be factual to uplift my community [which] instead turned out to be hateful propaganda and stereotypical rhetoric that pained another community.”

How’s that for gobbledygook?

The controversial words from Cannon’s podcast included calling non-colored people “less” than people of color, and calling them “closer to animals” than “melanated” people. He explained this via some harebrained black supremacist pseudoscience that claimed “non-melanated people” – which he explained included white people and Jewish people – can’t harness the sun, thereby they suffer “low self-esteem,” which is ultimately why they have lashed out historically against other racial groups.

He also asserted that “Melanated people” are the actual Semitic people and made a reference to anti-Semite and racist Rev. Louis Farrakhan for good measure.

Despite saying all those things, Fox accepted Cannon’s apology, essentially buying it as he didn’t know any better. A statement from the network read, “He is clear and remorseful that his words were wrong and lacked both understanding and context, and inadvertently promoted hate. This was important for us to observe.” Wow, Fox certainly looks out for its own, even if they’re vile racists and hate Jewish people.

The network added, “Nick has sincerely apologized and quickly taken steps to educate himself and make amends… we will move forward with Nick and help him advance this important conversation, broadly.” Uh, advance what conversation? That racism is bad? Yeah, that topic could be advanced by kicking Cannon off of a primetime hosting gig, especially when showbiz people are getting canned for much less.

Also, doesn’t defending folks like Cannon embolden others who subscribe to these dangerous beliefs? Perhaps it’s why African American radio host Charlamagne Tha God came out and said that Nick Cannon’s firing from ViacomCBS proves that “Jews have the power.” Apparently there’s no fear of being cancelled for him, is there? Charlemagne also blasted white people too, adding, “I don't even have to begin to run down the long list of violent, murderous, savage acts from white people in this country.”

And for heaven’s sake, “Charlamagne” is supposed to be one of the gatekeepers of African American pop culture. He’s one of the guys that the former Vice President has to appear on radio with to convince the black community to vote Dem. Clearly a few of them are Farrakhan supporters, anti-Semites, and hate white people. But yeah keep defending actual racists, Fox. Certainly it seems some are more preferable than others.