As if sapping the joy out of the lunch hour for kids in public school wasn’t enough, Michelle Obama is back to treat all school age youngsters to some educational reading time. The Former First Lady recently announced her new show on PBS KIDS in which she will be reading classic children’s books for the youngsters dealing with quarantine. 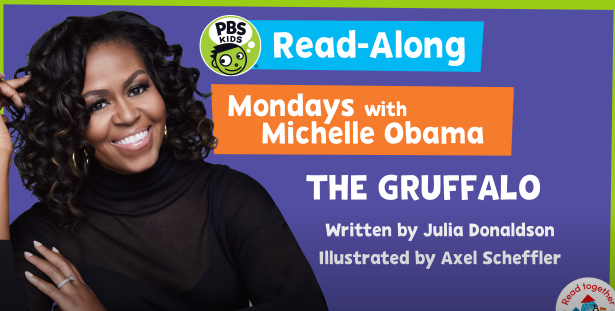 Hopefully this one’s a little more popular with the kids.

“It begins Mon. @ 12pm ET with “The Gruffalo” on @PBSKIDS & @PenguinRandomHouse Facebook pages,” the post added. In the press release, PBS explained that this collaboration is “in support of the recently announced ‘Read Together, Be Together Penguin Random House literacy initiative and PBS KIDS’ ‘Read-Along’ effort on Facebook and YouTube.”

The statement included a blurb from the Former First Lady herself, who said this “read aloud” show would be good for kids and parents under stay-at-home orders. She claimed, “At this time when so many families are under so much stress, I’m excited to give kids a chance to practice their reading and hear some wonderful stories (and to give parents and caretakers a much-needed break).”

One also might wonder whether there’s a bit of PBS/Democrat quid pro quo that got Mrs. Obama her PBS KIDS deal after the station’s parent company, the Corporation for Public Broadcasting, received a massive bailout from the government, a provision stipulated by Democrats in Congress.

As Newsbusters pointed out, CPB received more government funding this year than ever before. It received $75 million in March on top of the $465 million already granted to the CPB, which was already $20 million more than it received last year.

CPB must sure be grateful to those Democrats. Giving Michelle Obama a cute kids show would certainly be a nice expression of their appreciation.