What a Drag: Netflix Cancels Show Starring RuPaul and a 10-Year-Old Protege

Maybe many folks aren’t so into this drag queen and kids phenomenon after all. 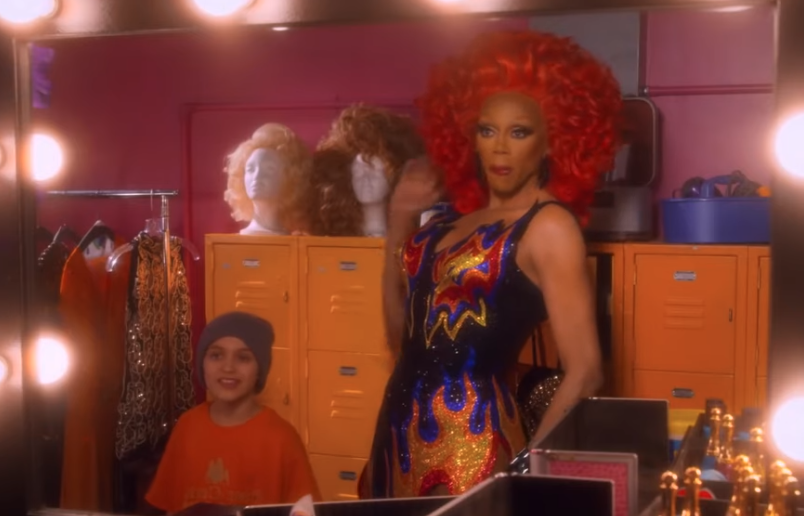 Netflix just announced that it’s new-ish drag queen-centered show starring RuPaul and his enthusiastic 10 year-old sidekick has been cancelled after just one season. Good. There’s proof that there is some sanity in the world.

The legendary drag icon and founder of RuPaul’s Drag Race -- which is set to air its twelfth season on VH1 -- had starred in the first season of the Netflix original series, “AJ and The Queen,” which centered on the story of a “down-on-her-luck” drag queen named Ruby who discovers “a recently orphaned, 10-year-old stowaway named AJ (Izzy G.) hiding in her RV,” according to The Hollywood Reporter.

The unlikely duo and their RV hit the road to bring “a message of love and acceptance” to different cities in America. Yes, it was apparently as bad as it sounds.

RuPaul took to Twitter to announce the news that season two would not be happening. On March 6, RuPaul tweeted, “End of the road for AJ and the Queen as Netflix has decided not to extend our road trip across America. Thank you for the love & support. We're so very proud of the work.”

AJ and The Queen debuted just two months prior, on January 10. Netflix didn’t say why the show wouldn’t be making a return, though THR clarified that they make “renewal and cancellation decisions based on internal metrics, including completion rate weighed against the cost of a show, and then determines whether that money would be better spent on a new series or reinvested in the existing property.”

Clearly it wasn’t worth it. But for the sake of children everywhere, this is good news.

2020 pop culture so far seems intent on marketing drag and transgender issues to kids not even old enough to have a grasp of sex. RuPaul’s show featuring him and a prepubescent protege occupies that same weird space.

Famous folks like Charlize Theron and Basketball star Dwayne Wade have gone public with their refusal acknowledge their respective kids’ biological sex. Recnelty, Wade, who has already been criticized for using his “trans” 12-year-old son as a progressive prop, celebrated his son’s new female identity on social media platform Instagram.

According to The Daily Wire on March 9, the NBA player posted a picture of his son at a red carpet event, captioning it with “Everyone allow her to re-introduce herself her name is Zaya Wade!” He added, “She has emerged as one of the young faces and voices for the LGBTQ+ community. #truthawards.”

In February, NBC Nightly News featured a supportive story about a young trans child Jacob Lemay, who was born a girl but started insisting she was a boy at two years old. Fast forward a short seven years, and Lemay’s parents are considering letting “him” take puberty blockers.

In addition to these destructive mainstream endorsements, a couple horrific viral videos of drag queens dancing for and teaching “acceptance” to toddlers while their families admired surfaced in late February. The less stuff like this in the world, the better. RuPaul, do you, but please keep the kids out of it.