Comedian Samantha Bee is particularly perturbed by the existence of Dennis Prager and his online conservative media outfit “PragerU,” so much so that she devoted an entire spot segment of Full Frontal with Samantha Bee on TBS on Wednesday night to poke holes in his message. 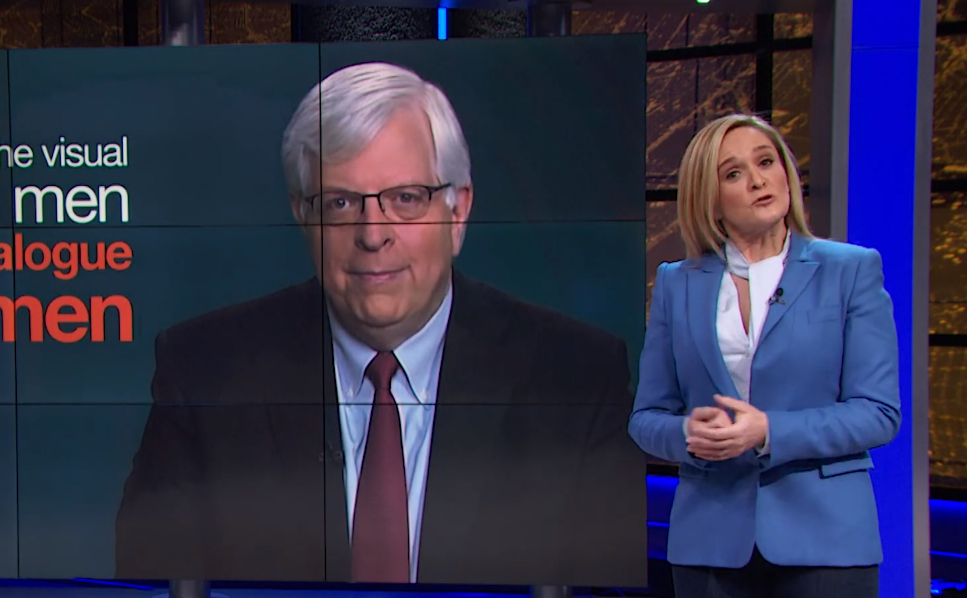 Too bad it reduced her to reaching for jokes about Prager’s lack of sex appeal, making fun of gun owners and defending “transgender babies.”

Certainly not the strongest rebuttal we’ve ever seen.

Before Ms. Bee dropped her usual contempt-filled video commentary, she shopped around her material about PragerU on Twitter. She tweeted that while the older generation gets their right-wing scares from Fox, “one growing conservative outlet is using colorful graphics and social media to appeal to a new generation. That outlet is PragerU.” Oh, no.

Bee’s account called Prager U’s content “actually dangerous.” She elaborated, tweeting, “They’re reaching a new, younger audience with bullshit conservative propaganda. They trick kids into thinking their videos are educational even though PragerU is as much of a real college as Monsters University.” Oh, man, there’s that grade A sardonic sense of humor again.

Reminds us of that time Ms. Bee called Ivanka Trump the “C word.”

Strange that such little-credentialed "propaganda" would prove so irksome to Samantha’s little show. Full Frontal followed the tweets with their full video story on PragerU, featuring the batty monologue style of the angry and crass Sam Bee, which essentially boiled down to her pointing out a clip of a guy explaining his need for an AR-15 like he’s some unintelligible weirdo.

Yeah, we know, dude wants a gun to defend his house and children from Antifa. What an idiot!

Sam showcased a bunch of material from Dennis Prager’s videos thinking she’d make him look bad, including one about the left hijacking the Boy Scouts, one explaining how murder is wrong, and even one explaining some of the psychological differences between men and women. Yeah, those notions are T-E-R-R-I-F-Y-I-N-G.

She also went after PragerU spokesman Will Witt for pointing out there are children’s books about the freedom of even babies to choose their gender. All Bee could do is make some quip about Witt’s reading level, meanwhile we’re all wondering in horror about transgender rights for babies.

Thank you, Sam. Of course, the comedian’s hard-hitting commentary involved her pausing Prager’s video mid-speech and judging his sex appeal. She then thought it was clever to point out that PragerU, “which itself is short for Prager University,” is not actually “an accredited academic institution.” Wow, thank you, Sam for pointing out the obvious shtick.

In addition to such brutal takedowns (just kidding), Bee tried to strike real fear into viewers’ hearts by describing PragerU as “part of a growing hub of the online right-wing media machine… their videos are specifically aimed at middle schoolers and high schoolers.” Yes, terrifying that kids might have the option for a different perspective outside of the public school brain trust.