Seemingly benign LGBTQ personality Jonathan Van Ness has devoted recent months to authoring children’s books with not-so-benign themes. The Queer Eye star is doing his part to introduce transgenderism and gender confusion to children with a picture book about a “nonbinary guinea pig.” 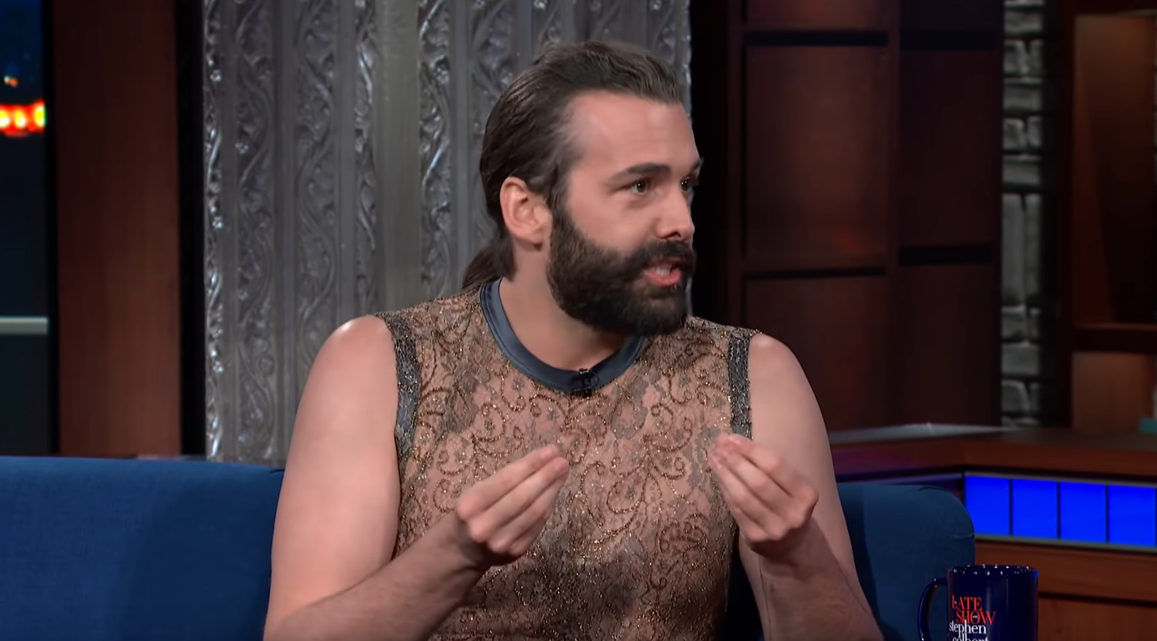 It’s about time that Van Ness sashayed away from the spotlight.

C’mon, guys, it’s cute, right? After all, what’s not to love about a book recounting “the adventures of a gender nonbinary guinea pig with big dreams,” which is based on Van Ness own childhood pet?

Peanut Goes For Gold is Van Ness’s latest offscreen contribution to the LGBTQ community, but instead of communicating ideas to consenting adults, he goes straight for the most easily-influenced and sensitive among us, kids. It’s arguably child abuse.

Though, try telling that to Van Ness. The LGBTQ style guru, who came out as “nonbinary and gender nonconforming” in 2019, thinks his own confused experience growing up needs to be felt and embraced by new generations.

“Growing up, the things that made me unique were not always celebrated, and I wanted to do something that would inspire kids to celebrate the things that make them special,” he told People Magazine, adding, “With that being said, I’m so excited to announce my debut children’s book.

The story follows the nonbinary rodent as it discovers a love for rhythmic gymnastics. Exciting. The book’s official synopsis described Peanut’s desire to do things its own way, “whether it’s cartwheeling during basketball practice or cutting their own hair, this little guinea pig puts their own special twist on life.”

Oh, and that wasn’t a grammatical error in that last sentence. Peanut just goes by nonbinary pronouns “they/them.” Your little ones are going to be learning so much!

HarperCollins executive editor David Linker raved about the book, claiming that the opportunity to work with Jonathan Van Ness “has truly been a dream come true. He’s an absolute inspiration.” Linker added, “Just like Peanut embodies the idea that no dream is impossible when you put your whole heart into it.”

Yes, teaching kids that sex and gender are whatever they want it to be. “Impossible” just about sums it up.