Salon’s Marcotte: ‘Merry Christmas!’ Is Conservative Code For ‘F**k You!’

Most conservatives and liberals enjoy Christmas enough to just have a good time, though every once in awhile you get a Scrooge who refuses to fathom the reason of the season and badmouths the holiday and those who celebrate it. Salon’s politics writer Amanda Marcotte doubled down on her hatred for Christmas by calling those who celebrate it hypocrites who mean “fuck you” when they say “Merry Christmas.” 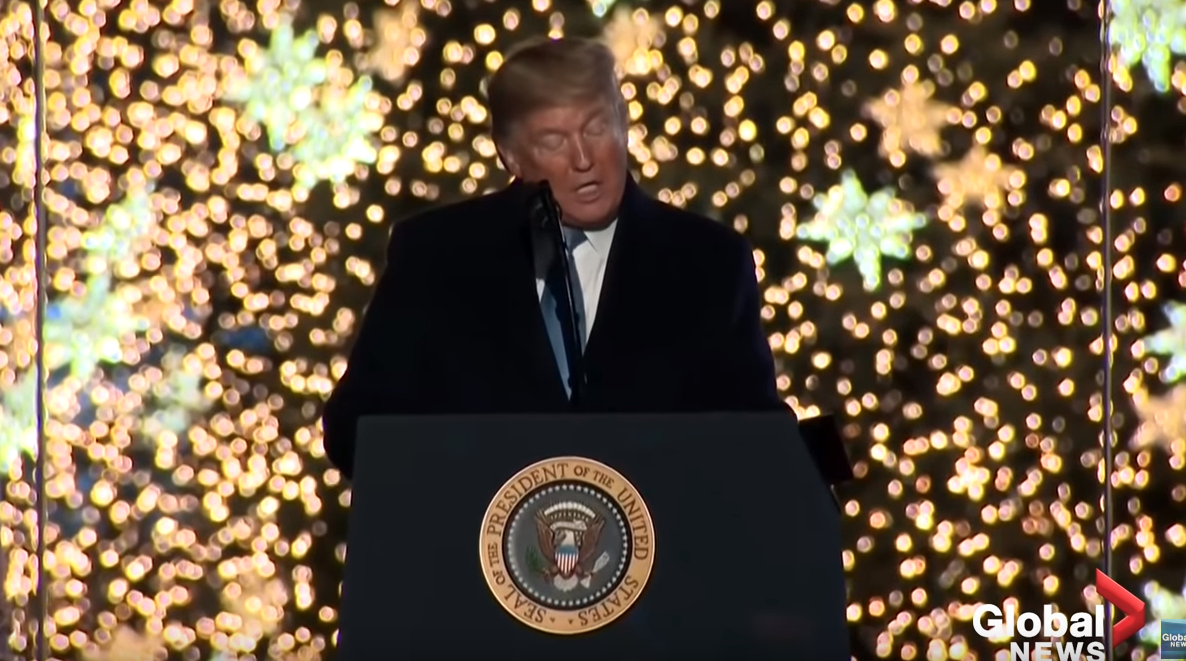 In November, Marcotte penned a prior piece for Salon that slammed Christmas and it's Christian observers, particularly because Donald Trump is loved by many of them, and basically he has ruined everything. Get a load of the title: “How Donald Trump Stole Christmas.” Talk about the man living rent free in this lefty journo’s head. She wrote, “He ruins everything he touches, and Christmas, for me, is no exception.”

Of course, Christmas was never a big deal for her anyways; after all, she said so herself: “It was never a holiday of great importance to me. I've never put up a Christmas tree, for instance.” But when it comes to slamming Christians and Trump, Marcotte’s perspective on the holiday matters. On Dec. 23, Marcotte followed her anti-Christmas tirade with another piece that doubled down on her attacks on Christians and Christmas in light of evangelical outlet Christianity Today calling for Trump’s impeachment.

In the subsequent article Marcotte asserted that, though “177” Christian leaders oppose Christianity Today’s judgment, these Trump supporting Christians are “not people motivated by sincere faith, but people who see ‘Christian’ primarily as an identity marker that accompanies being white.” Oh the race thing? Of course.

Marcotte claimed that these conservatives' celebration of Christmas is just a part of race. It’s a political/identity used against people they don’t see as part of their tribe. “Stirred by years of Fox News lying to viewers… conservatives have increasingly embraced the phrase ‘Merry Christmas’ to mean, basically, ‘F**k you’ to anyone that they've deemed less than legitimate Americans.”

Of course Marcotte played the victim even though she was the one who bashed the holiday she loathed, and the people who celebrate it. She lamented that people flooded her inbox following the piece, writing, “The principal harassment strategy was to track me down on social media, even on my Instagram feed, and flood it with ‘Merry Christmas’ messages — from white male strangers — to taunt me for my personal grief.”

About a week ago, Supreme Court Justice Neil Gorsuch was blasted by Twitter lefties for wishing Fox News a “Merry Christmas.” The left called it a “talking point of the GOP,” but sure, these Christians are the aggressive whackos

Marcotte added, “Is that the behavior of people who have genuine faith in Jesus' message of mercy and kindness, or the behavior of people who use ‘Christianity’ as an instrument of domination over others they see as inferior?” Whatever. So Marcotte can openly smear Christians and Trump supporters but not be able to handle the pushback? Guess we’re getting some snowflakes this Christmas.