Actress, filmmaker and “activist” Olivia Wilde just published her Thanksgiving interview with House Speaker Nancy Pelosi at the Hollywood Reporter, and take it from us, it was was most fawning, softball interview imaginable. Well of course Hollywood activists love Nancy, though the amount of flattery Wilde heaped on the Dem politician would’ve made Grima Wormtongue sick. 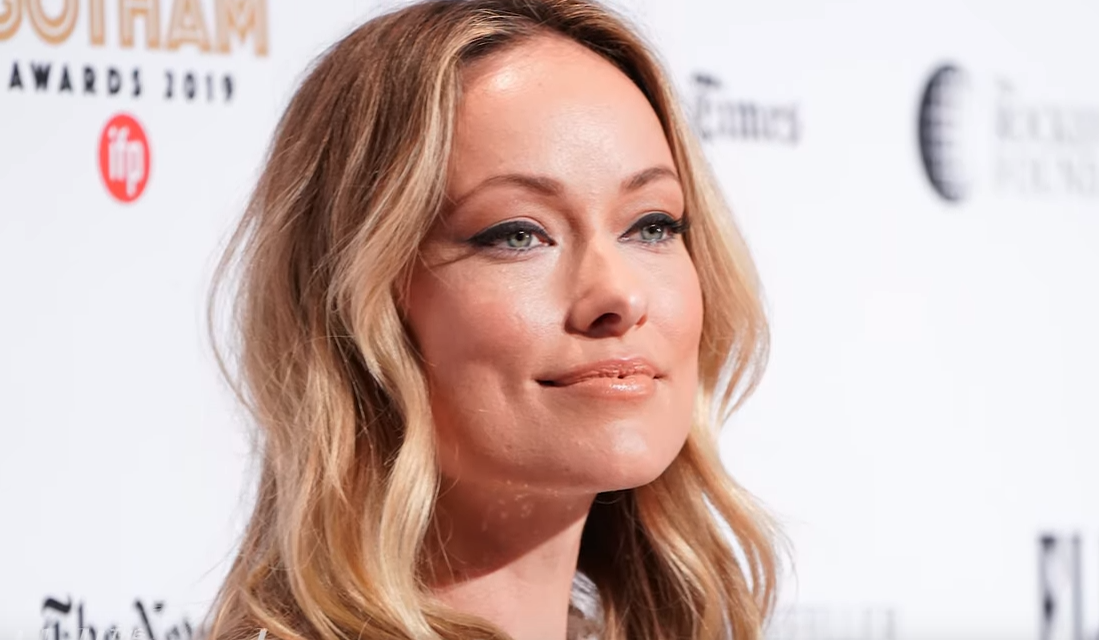 Just read the beginning of the piece. Wilde really made an effort to convince her audience of the power and awe Pelosi inspires. “Nancy Pelosi is the highest-ranking elected woman in the history of the American government… I am, suffice it to say, shitting myself.” Well, that’s terribly classy, Miss Wilde, but I think that phenomena really only applies to you.

The entire article is an abject butt-kissing of the Dem leader and her role at this momentous time in history (what with Darth Donald out here force-choking trans people and killing Mexican two-year-olds). “This woman is on the front-lines of the battle to save our nation and, in many ways, our planet from the tiny hands of a reckless maniac.” Save our planet, eh?

The jokes get better and better. Wilde claimed that “it is easy for most of us in Hollywood to spend our days raging against the current national crisis, but Nancy Pelosi is in the thick of it, and tirelessly, fearlessly handling it.” Yes, “fearless.” Because she’s capitulated to the impeachment demands of crackpots like Maxine Waters and Ocasio-Cortez. Though we will give Wilde credit for the self-awareness in admitting that celeb twitter sure doesn’t have it as bad as they complain.

But on to the actual interview. Wilde began by discussing sexism in our government with the Dem leader, asking “do you think America has a problem with powerful women?” Classic diversity-obsessed Hollywood. Her reasoning was that “the U.K., Germany and New Zealand vote women into high office,” so why are we so backwards? Yes, sexism is why Hillary didn’t get it, and it’s why Warren won’t get it. Sure.

Pelosi was realistic with her answer, saying she believes that “some people in our country have an issue with” women presidents, “but I don't think the country does.” Pelosi still seems a little reluctant to go full woke.

Pelosi though, did mention that she believed Hillary Clinton was capable of winning in 2016, claiming, “the tragedy of it all is that Hillary Clinton was as well prepared as anyone to be president of the United States … she would've been spectacular.” Ok, whatever. And Oliva added to the point by mentioning “And of course she won the popular vote.” Yeah, yeah we completely forgot.

Wilde then asked the Speaker whether she had anything she wanted voters to “keep in mind” concerning the 2020 election, and of course it came down to the typical “Orange man bad” talking points. Pelosi claimed, “It's cliche, but it is a fact: The fate of our nation is riding on this election. We must win. Our democracy is at stake because of some of the things this president has done.” Yes, what had he done again? Extortion? Oh wait no, it’s “bribery?” Oh nevermind it’s officially “abuse of power.” Right.

Olivia then went on to ask what Hollywood’s role in the election should be, to which Nancy replied that “celebrity endorsements are valuable” and that she’s “depending on the arts to be the unifying [factor].” Well there you go, Olivia; a direct mandate from the boss herself. Keep pumping out that lefty propaganda through your movies, and of course, keep kissing Madame Speaker’s ass.