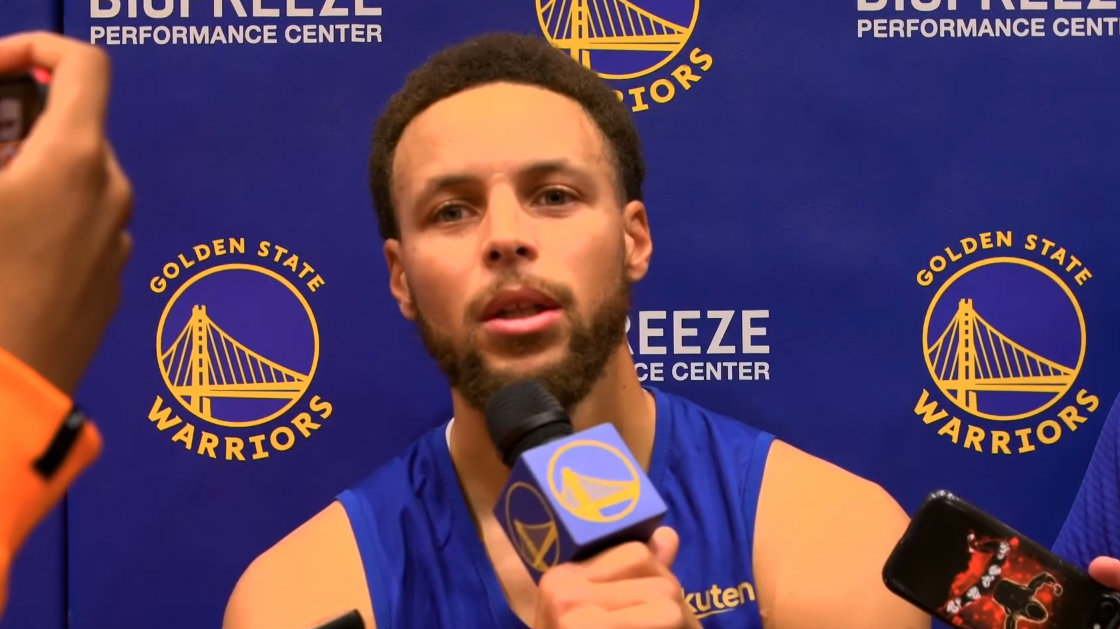 The recent Chinese/NBA debacle is a time of reckoning for folks who take athlete activism seriously. In the past, superstar Golden State Warrior captain Stephen Curry has been quite vocal about status quo lefty politics and his hatred for Donald Trump, but like his coward coach, Steve Kerr, the outspoken can’t star seem to find an answer when asked about actual oppression from the NBA’s business partner, the communist Chinese government.

Pro-Hong Kong lefties should realize that megastars like Curry or Houston Rockets player James Harden are only SJWs when it comes to promoting their own brand.

After the scandal in which Houston Rockets general manager Daryl Morey was rebuked by the Chinese government for his tweets defending democratic Hong Kong protesters, the NBA apologized and distanced itself from any pro-Hong Kong stance.

NBA execs, owners, players and coaches were given the evil eye by China and feigned ignorance over the nation’s human rights abuses. After all there were massive Chinese sponsorship, advertisement, and game coverage deals to protect.

Of the most flagrant denials, three-time NBA league champion Stephen Curry (who’s also famous for rejecting President Trump’s White House invitation to the Golden State Warriors,) deflected from the obvious issues China was posing to human rights, and provided no condemnation nor a second thought on what many see as the league’s tacit compliance with the Chinese government.

But about lefty politics in America, he admitted, “We’ve obviously been pretty outspoken for as long as I can remember in terms of our organization and all that.” He even defended his coach, who was criticized by Donald Trump for his own silence on China, cheekily commenting, “I’ve gotta welcome Steve [Kerr] to the club.”

Again, no problem talking smack to the president. But when asked about the China issue, Curry played coy. He claimed, “It’s a league-wide situation and our presence in China — it’s just a different conversation, I think, than … [when we] talk about gun violence or gender equality.” Yeah, he’s right. The difference being that China’s oppression of independent Hong Kong, violent persecution of Muslims, and censorship of NBA general managers are actual urgent threats.

According to Curry, he speaks for gender equality and against gun violence because he’s a “spokesperson for people who can’t speak for themselves within our community. That makes a huge impact.” Oh right. China’s over there. Who cares, right? Too bad they’re telling our citizens to not have an opinion.

Steph kept spewing nonsense about how criticizing China is outside of his jurisdiction, even though the communist government IS LITERALLY POLICING HIS BUSINESS. He continued: “There’s a huge weight and gravity to it, and there’s going to need to be some things that need to be sorted out. But I just don’t know enough about Chinese history and how that’s influenced modern society today.”

Just like his activist, anti-Trump coach, we’re supposed to believe that Curry’s into exercising restraint. But when it comes to smearing Trump as a racist and denying his invitation, presuming that the second amendment doesn’t matter or that the gender pay gap is real, oh he’s an expert. But on China’s overt brutality, he plays dumb. Sounds like he loves those millions of dollars more than anything, or he’s a communist sympathizer.