The New York Times used a sizable portion of its style section to sell non-binary, LGBTQ fashion to the American consumer. Yeah, why not? It’s all the rage with the kids and you “finger wagging, clueless" parents best get used to it. 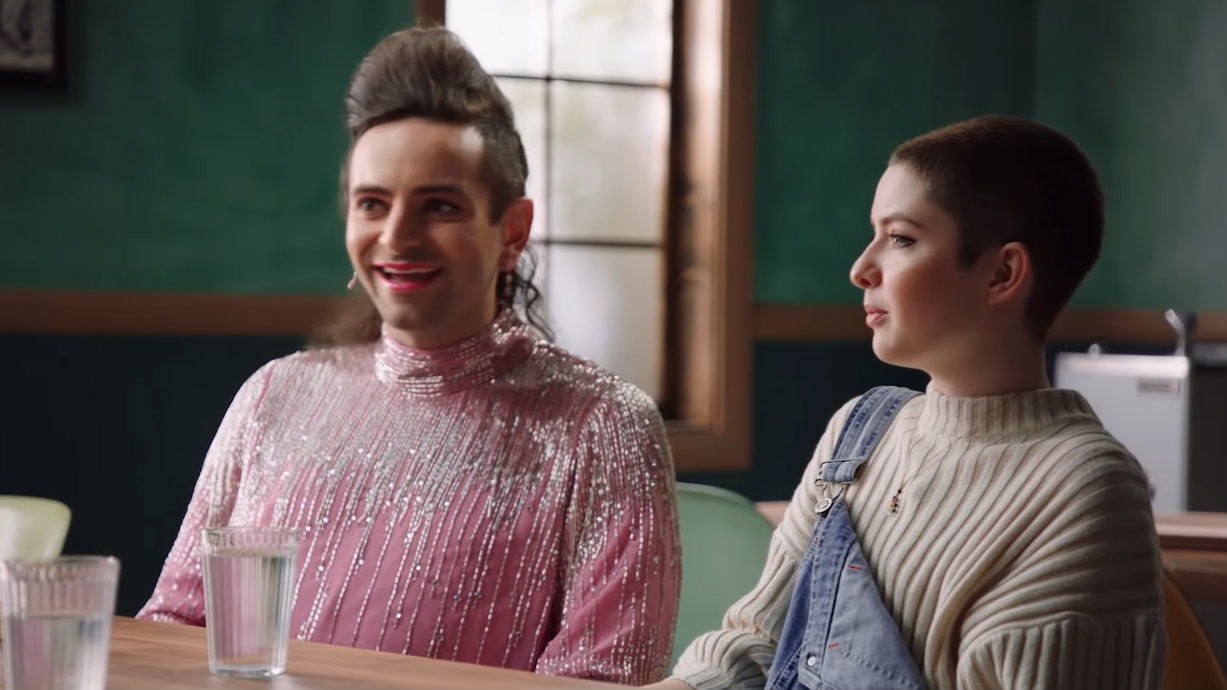 In a piece titled, “Nonbinary Teenagers Are Finding a New Fit,” the Times sang the praises of new fashion trends aimed at encapsulating these confusing times in lightweight, floral patterned-cuts.

The author spoke to Anna Kilnock, an LGBTQ intern at the Brooklyn Museum gender and sexuality program for teenagers, because why not? Krischer wrote about her bold choices in wearing “midcalf black leather platform boots with small silver spikes, buckle straps and five-inch heels.” In addition Kilnock sported “fishnet stockings, a mini gray lace dress and a long black wool cardigan.” Strange though, this pretty much sounds like the average goth girl’s repertoire.

Well according to the Times, what makes this special is that the girl (we’ve been assuming) “identifies as queer and non-binary and uses neutral pronouns.” Ah yes, tacky trends that have usually characterized weird subcultures have been anointed with a progressive purpose. Now we'll push them into the mainstream.

The fashion world’s growing preoccupation with pushing “non-binary” standards is a far cry from when “gender confines felt fixed,” claimed the outlet. Well you know, the fashion world is no stranger to promoting the avant-garde, and this is no exception. According to the Times, androgyny is becoming quite the rage, as opposed to decades when it would’ve been unheard of in the “teenage and tween marketing machine.”

The paper cited a 2018 Pediatrics Journal study that claimed, “more teenagers over all are identifying with nontraditional gender labels.” Even Jewish people are doing it, the paper added, attempting to convince readers that even religious people are down with it. They wrote, “some progressive synagogues and Jewish communities are holding nonbinary mitzvahs.”

According to an NYU Assistant Professor of child and adolescent psychiatry, "nonbinary kiddos are sort of leading the way in pushing the boundaries of these binary stereotypes.” They’re the example for “for other young people and adults the reality that gender expression can inevitably have an impact on the rest of the world.”

The Times referenced the trans social media post heard round the world as a sign of the times. Quoting Chilling Adventures of Sabrina star Lachlan Watson’s Instagram post, it claimed that the statement, “Gender is Over” “sums up the nonbinary youth movement.” As psychology professor Deborah Tolman claimed, this new fashion movement suggests “that the binary goes away. That there is no binary.”

And just to stick it in more traditional readers’ eyes even further, the paper wrote that the gen X-ers who used to break gender norms in subtler ways, like dressing their “baby daughters in black,” or “rejecting pink,” are now “forced to reckon with having become the finger-wagging, clueless” old folks. Yeah because parents worried their kids are being encouraged to break reality and throw out normal sexuality are just not cool, man.