Singer/songwriter Janelle Monae is furious with pretty much everyone in Washington over “xenophobic” Trump’s recent “racist” tweets to Democratic congresswomen. 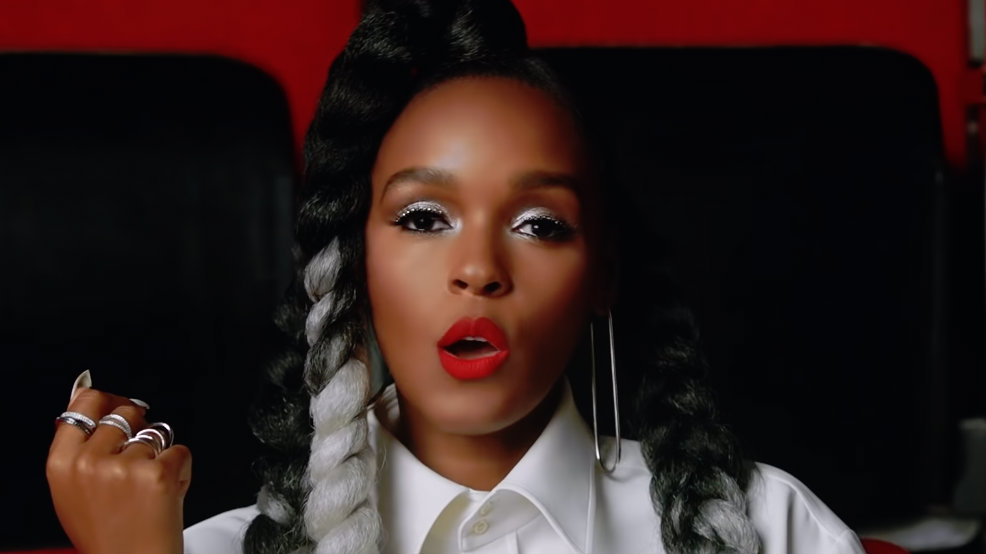 The eight time Grammy-Nominated singer, Hollywood actress (2016’s Hidden Figures,) and self-avowed “pansexual” tweeted out several angry and expletive-filled remarks to President Donald Trump, his GOP allies, and House Speaker Nancy Pelosi in response to the president’s controversial tweets to “freshman congresswomen” such as Ilhan Omar. Monae referred to Trump as “an idiot racist” who “could kill someone on Twitter live” and not even Pelosi would do anything to put a stop to it.

On July 15, President Donald Trump posted a controversial tweet against freshman Democratic Congresswomen Ocasio-Cortez, Rashida Tlaib, Ayanna Pressley, and Ilhan Omar, telling them to “go back and help fix the totally broken and crime infested places from which they came.” The media pounced on Trump’s message, beating the “racist” drum to high heaven and touted the tweets as proof of his unfitness for office. RnB artist Janelle Monae was one of them.

Monae provided a particularly unhinged reaction, first targeting Pelosi for not getting a move on with impeachment proceedings. Pelosi tweeted, “Rather than attack Members of Congress, he should work with us for humane immigration policy that reflects American values,” which Monae criticized as ineffective.

The artist tweeted, “I’m dead ass convinced this idiot racist could kill someone on Twitter live in the WH west wing & u guys would be like ‘when he kills someone he reaffirms his message of division. We have to work together to reflect BLAH.’” Clearly for her, diplomacy or “going high” as lefties like to call it, wasn’t enough for Ms. Janelle. She added, “CALL 4 IMPEACHMENT Speaker Pelosi. Stop dragging this OUT.”

She then excoriated Fox News Contributor Geraldo Rivera, telling him to “STFU” for telling Trump he’s “better than that.” She wrote, “STFU, you are an enabler and not a good friend actually. Friends don’t lie to friends. STOP saying “you’re better than that” when you know it’s not true. HE HAS BEEN AN[sic] XENOPHOBIC RACIST.”

Lastly, Monae went after the entire Republican Party, declaring that Trump’s Sunday tweets are proof enough that the GOP are fond of white supremacy, sexism, racism, and white nationalists. She tweeted, “the Republican Party has wanted a pawn to carry out their agenda & help do their dirty work for a while . This is why the racists, sexists, white nationalists, white supremacists, etc that make up that party won’t call 4 impeachment.”