YAWN: Lefty Lithgow Reads From His Book of Anti-Trump Poetry

Actor John Lithgow has been a busy bee lately, not only focusing on his decorated Hollywood career but also writing a book of political poetry about Donald Trump’s “corrupt” administration. In a video posted by The New Yorker’s Twitter account, Lithgow read an excerpt from his poetry on Trump’s relationship with now-resigned Department of Labour Secretary Alexander Acosta, a man Lithgow believes covered for sex trafficker, billionaire Jeffrey Epstein. 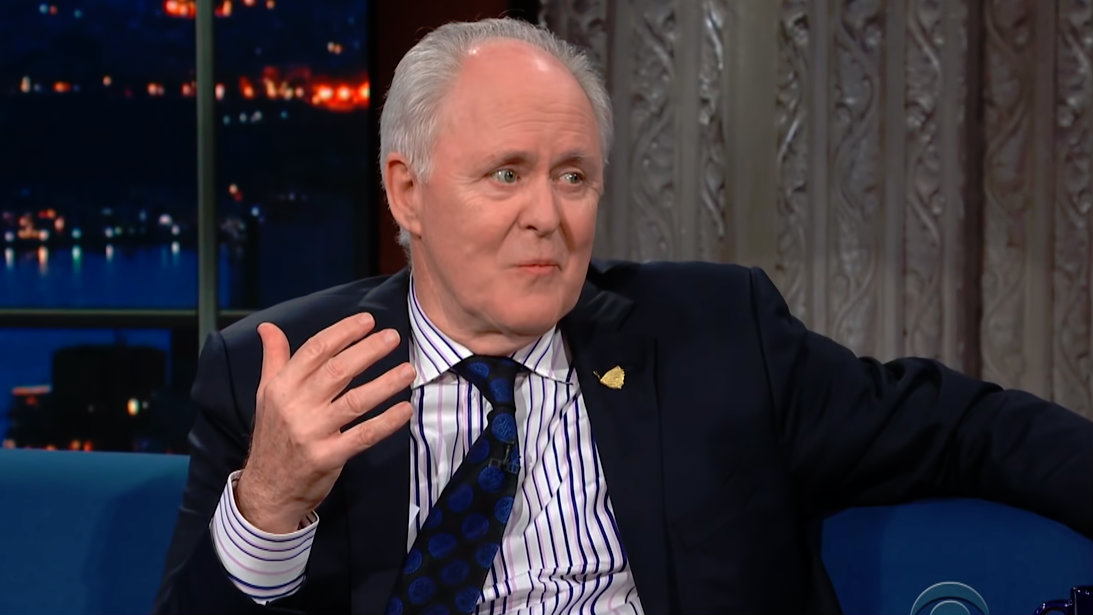 Lithgow’s book is titled “Dumpty: The Age of Trump in Verse,” and will be taking up space on Barnes & Nobles’ clearance aisle shortly after its release this October. Before reading in the video, he showed illustrations from the upcoming work including a buffoonish caricature of Donald Trump (take that!) and what appears to be a cheeseburger. Maybe?

Anyways, the actor appeared proud of his literary “accomplishment” as he read his timely excerpt for the Twitterverse with a “take me seriously” trained Shakespearean candor. Titled “Acosta Agonistes,” or Acosta “the Struggler,” the poem is just one small chapter in Lithgow’s lyrical jaunt through the corrupt Trump administration, “where scandals erupt by the hour.”

In Lithgow’s progressive fever dream alternate reality, Acosta’s existence as a cabinet member for the “bumbling POTUS” insinuates that Trump’s is enabling those who have covered up grave scandal. In this case, because there’s an argument that Alex Acosta covered for alleged sex trafficker Jeffrey Epstein by giving him a light sentence during his stint as a top prosecutor in Florida back in 2007, and Trump hired him as the head of the Department of Labor, then they’re all in cahoots.

Here’s a choice stanza, “A predator (Epstein) wed to a fawning enabler (Acosta, presumably) is a fellowship forged by the Devil. Who would have thought such a partner in crime would ascend to the Cabinet level?” Read it and weep. That’s just democracy under Trump. But what else could we expect from the Hollywood vet reciting poetry in front of his fireplace with some very overstated reading glasses?

Lithgow concluded his poetry with a line summing up the whole situation: “We are living, alas, in the Dumptyan Era, where scandals erupt by the hour. They stir a recurring and queasy sensation, a virus infecting the health of the nation.” Wow, so good. With a satisfied smirk on his face, Lithgow stated, “That’s ‘Acosta Agonistes,’ you can read it again come October.”

Thanks, but we’ll pass.