CNN recently aired its first-ever stand-up special and some journalists are scratching their heads as to why, worried that the network’s increasingly lefty reputation will reach even more epic proportions with some political humor aimed at angry conservatives. The Poynter Institute was wary of its lefty ally’s comedic dabblings, though interestingly, Red State Blue State with Colin Quinn was an equal opportunity lampoon of both conservatives and liberals and not some risky libel about Trump supporters. 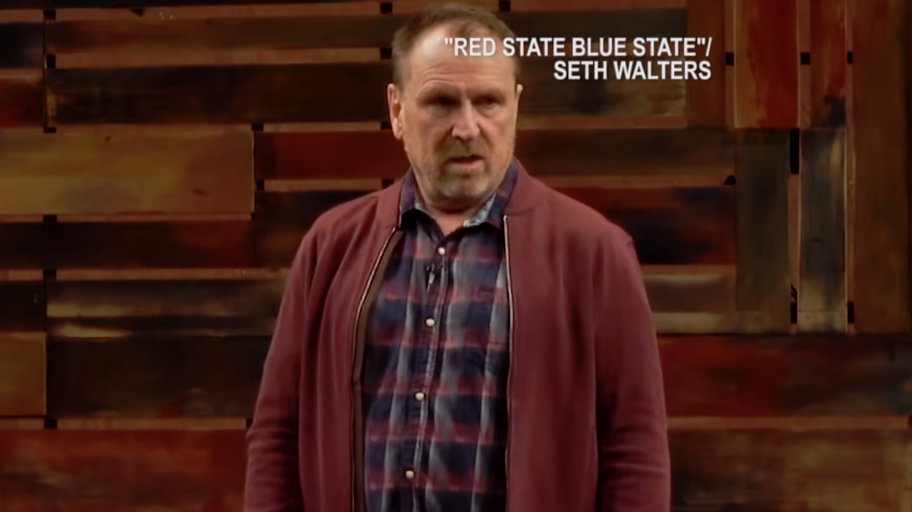 If anything, Poynter’s warning spoke volumes about CNN’s penchant for stirring up hate. It just so happens that the network avoided it this time. But hey, if Poynter wants to imply that the network might be too far left for its own good, we’ll welcome the moment of clarity.

Airing on CNN during a primetime evening slot on Memorial Day, Red State Blue State was an hour long, off-Broadway stand up special with comedian Colin Quinn of SNL “Weekend Update” fame. The showcase was to be something new for CNN, looking to jump into the fray of trendy late-night hosts broaching politics.

Jon Adler, senior director of development for CNN Original Series, told Variety about his excitement for the project: “This is our first comedy special. We are really eager to see how the audience responds to this format, at which point we will decide about the future. I definitely think it’s different.”

Hmm, well that’s interesting, however most folks presumed this was going to be another televised sliming of conservatives.

Notably, the quality control operatives over at The Poynter Institute, the lefty “global leader in journalism,” made no bones about their apprehension for CNN’s new content. Of all groups, it seemed worried genuinely worried that political jokes might be a little too far for CNN.

Concerned Poynter writer Tom Jones asked in the outlet’s weekly newsletter: “Should a cable news network be in the comedy business, especially when the comedy is politically-based? And especially in these divisive times?” What are you trying to say, Mr. Jones? That even CNN might be going too far on the left-wing hate?

Well, it sure seems like it. Jones mentioned that “CNN has a reputation problem with much of the country, which believes the network is more sympathetic to liberals.” He added that “mixing biting commentary, even if the Democrats are on the receiving end of some of the bites, does nothing but bolster that reputation.”

Jones seemed to be saying that CNN should be careful to poke fun at conservatives, adding the laughable line that people like Bill Maher and Trevor Noah make “harmless jokes” that are “taken seriously” by folks (i.e. conservatives.) Yes, because spewing hate to an audience programmed to laugh in response is always “harmless” fun. But that’s beside the point. When you have fellow lefties telling you to pump the breaks, you know you go too far on the regular.

In the end, Poynter’s effort to reign in CNN’s rage was strangely unnecessary, considering Quinn’s performance was an even-handed critique of both conservatives and liberals. Yeah he went the annoying sensationalist route of saying that a Civil War or a great seperation of our union is inevitable, but made sure to mention blame for it on both sides.

For example, he insinuated that Trump was an idiot on Twitter, but that it’s hypocritical to bash him as that because the country is full of idiots on Twitter. He mentioned that, yes conservatives “can be a little racist,” but had no fear making balancing the scales in calling liberals “fascistic.” It sure was a strange day in the life of CNN, as the one time they were corrected by their own team for being too intense, they were surprisingly soft.