Who said lefties don’t have a sense of humor? Well, no one really ever had to say it, because it’s painfully obvious that none of these folks can take a joke, especially about their precious and “totally misunderstood” socialism. In response to the Daily Wire posting a Game of Thrones meme lampooning the economic system beloved by progressives, Thrones actor and apparent alt left nut Miltos Yerolemou had a mini meltdown on social media. 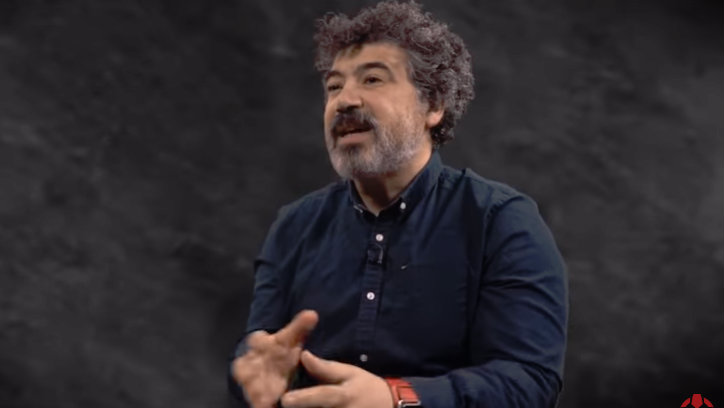 “I do NOT condone this." a defiant Yerolemou claimed in response to conservative news outlet The Daily Wire’s Twitter post making fun of the character’s famous lesson to character Arya Stark in the popular HBO series.

Miltos played Syrio Forel, Arya Stark’s fencing tutor, in the show’s first season. In order to form her courage, Syrios had famously asked the young swordsman, “What do we say to the god of death?” to which the young hero responded, “Not today.”

It was a quote also referenced on April 28’s Game of Thrones, which prompted the cheeky social media people at The Daily Wire to switch out the words “god of death” with “socialism.” Of course, Miltos took serious issue with framing socialism as creeping death for the American economy.

One user, @itaipava3por10, replied to his defiant post, correcting the lead line as “What do we say to Capitalism?” Miltos responded affirmatively, saying, “Now that’s more like it.” He added, “Let’s at least have a well regulated free market and state owned utilities!” And @CityofLpoolFC answered with some snark: “Keep politics out of football, except neo-liberalist capitalism of course, that can stay." Miltos loved that one. “Haha! Ain’t That the Truth! <3,” he wrote.

Miltos also stuck the knife into one @neptunefloat for having the gall to remind him that “Greece is a failed socialist state, big surprise.” The actor, who also happens to be Greek, responded, “You win idiot of the day. Congratulations.” Clearly, Unhinged Economics 101 with Master Syrio was in session.

Several users, like @tenthdonna and @TomClazieFlynn, gave him the title “Comrade Syrio.” The rest of the Twitter thread turned into a bunch of “Hell yeah!” and “You go, girl” kinds of praise for the man who once pretended to be a wise old sage. Sounds like the Greek gentleman quite prefers the comforts of his home nation’s cataclysmic debt crisis. He could also give Venezuela a try. I hear it’s exciting this time of year.