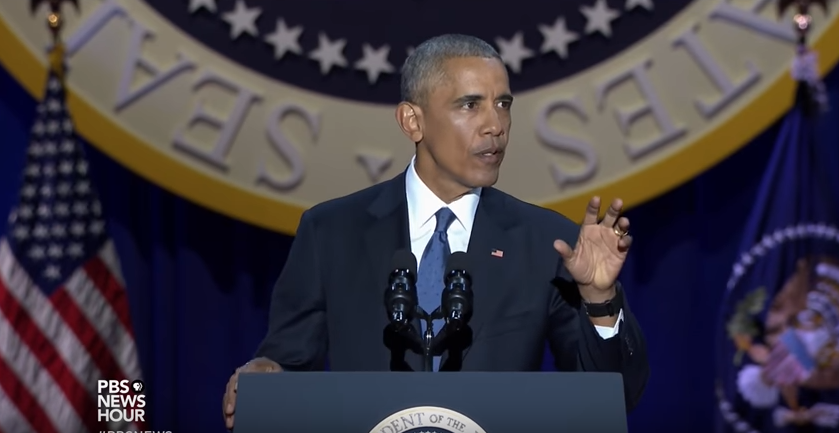 Well, we finally have the opportunity to see what the Obamas have up their media mogul sleeves. After announcing a multi-million dollar Netflix deal, the former first couple have spilled the beans on their new streaming content, offering diehard Obama fans several options for clinging to the “Hope” and “Change” social justice dream from the comfort of their living rooms.

Grab that quart of Haagen Daaz and curl up in front of the laptop to reminisce about a more “tolerant” time in America’s history. Also, don’t forget the tissues.

CNN.com just unveiled the Obama production company’s list of upcoming streamable shows. Called — wait for it — Higher Ground Productions (it seems the names Take The High Road Pictures and Forgive Them, They Know Not What They Do Studios were taken), the company has already slated seven new projects for Netflix, including several docuseries and full-length films. Including “a drama set in post-WWII New York City, a scripted anthology, a children's series, and a number of non-fiction projects.”

In a press release, Former President Barack Obama described the mission of their fledgling media empire. Obama claimed, “We created Higher Ground to harness the power of storytelling. That's why we couldn't be more excited about these projects.” He added, “Touching on issues of race and class, democracy and civil rights, and much more, we believe each of these productions won't just entertain, but will educate, connect, and inspire us all.”

The first on the list is a documentary titled American Factory, and is about the culture shock faced by a small Ohio town after a Chinese billionaire opens a factory on the former site of a General Motors plant. “Bloom” is a period piece about the fashion world of post-WWII New York City, that “depicts barriers faced by women and by people of color in an era marked by hurdles but also tremendous progress.”

There is also an untitled film adaptation of David W. Blight's Frederick Douglass: Prophet of Freedom, a scripted anthology series and several other projects focusing on food around the globe, the unsung heroes of the U.S. government, and a famous summer camp for disabled teenagers, respectively.

While we certainly can never get enough of that special Obama flavor, that amount of content should at least be enough to tide us over until Michelle gets into office. If you didn’t have Netflix before, this should convince you to grab a subscription. (As if.)