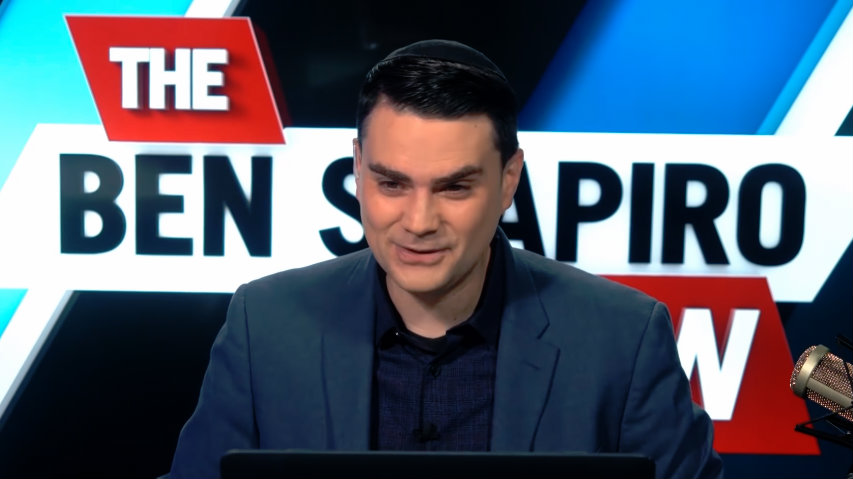 In a not-so-subtle smear attempt, The Economist published a interview with conservative commentator Ben Shapiro and labeled him as a member of the “alt-right.” Shapiro is a mainstream conservative who has taken great pains to distance himself from right-wing fringe groups -- a devout Jew who often preaches about the dangers of tribalism and its destruction of reasonable discourse.

After swift backlash the Economist amended the headline. Still, the incident demonstrates the left’s aggressive push to demonize conservative speakers and connect them through implication to unreasonable and even violent and fringe groups.

The Economist titled the interview, “Inside the mind of Ben Shapiro, the alt right sage without the rage.” Inside, readers learn that the Daily Wire founder is a “controversial commentator” and proponent of “western values” -- enough to disgust progressives without resorting to dishonest labels.

So, yes, Ben Shapiro is a conservative, and the antithesis of white supremacy, anti-semitism, atheism/paganism that characterizes much of that is known as the alt-right.

Online commentators including Tim Pool and Dave Rubin were quick to criticize the publication for the hit piece. Rubin slammed the interview, writing, “it pays to label @benshapiro, @jordanbpeterson, myself and others as alt-right because it gets clicks and makes them look cool to the group think woke crew. Time to change tactics…”

Economist Senior Editor Anne McElvoy tried the weasel route, tweeting @benshapiro, “ Hello Ben - in fairness I think we said sth [sic] like a figure in Alt-right thinking, but not really a ‘label.’”

Right, whatever you say, lady. However conservatives are growing wise to these sneaky tactics. Labeling traditional conservatives as part of an extremist, and often racist or violent, right wing fringe group is nothing new. In September, Shapiro along with fellow moderate conservatives Andrew Klavan, Dave Rubin, and Jordan Peterson, (a Canadian psychologist who doesn’t even consider himself as right-wing, just a free-speech advocate) was lumped into The Alternate Influencer Network, progressive research group Data & Society’s classification system of all right-wingers on YouTube and social media. The Economist is just playing it’s own version of this type of dirty hit piece.