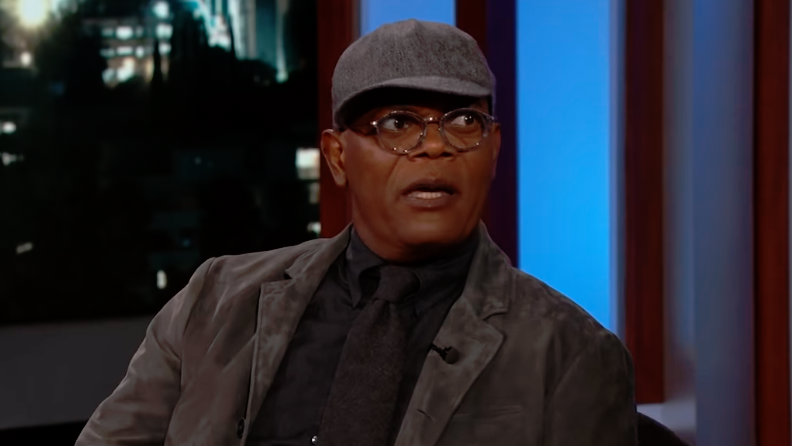 Samuel L. Jackson just loves using his Hollywood-manufactured tough guy image to throw his weight around the political scene. This time the “bad motherf***ker” handed down his judgement of all the people who haven’t got on the #resistance train, insisting that if people aren’t bashing Donald Trump then they’re “complicit” and that’s “not fucking okay.”

Well shoot. Another no-holds-barred Hollywood lecture. Whatever are we going to do?

In an interview with Esquire Magazine, the “Captain Marvel” star had to fixate on the president’s criminality once again, though this time he added that his supporters and all people who just don’t seem to care what Trump does are included in the shenanigans of “ruining the planet and all kinds of other crazy shit.”

“And if you’re not saying anything, then you’re complicit,” Jackson stated to the interviewer, who was presumably nodding frantically to every word.

Jackson has recently established himself as one of Hollywood’s anti-Trump big wigs, tweeting out support for Congresswoman Rashida Tlaib’s “Impeach that Motherfucker!” and blasting the president for his ideas on arming school teachers. He just keeps ratcheting up the rhetoric with no concern for the fact that this latest scolding condemns a solid 42% of the American people.

In fact, Samuel L. seems quite proud of his ability to parrot the Hollywood opinion on Trump, claiming that he’d “tweet that shit out,” regardless if he were a movie star or some lowly “garbageman.” “I’m not thinking about how I am and what my job is when I do that shit,” he claimed, cause you know, these types are just so preoccupied with that insipid notion of “speaking truth to power.” To millions of purple-haired, pussyhat aficionados, that undoubtedly makes him a hero.

Still he went on, dredging up his own pain of dealing with real deep south racism to hurl at current GOP leaders. He claimed that Trump and Senate Majority Leader Mitch McConnell “were the same fucking guys” that would call him racial slurs as he was growing up in segregated Tennessee.

Honestly, how many intersectionality-obsessed lefties would dare to argue with that straw man? Not many. Tune in next week for more of Jackson’s “Agree with me, or you’re bad” rhetoric, there’s bound to be another divisive interview or tweet from the guy.