The announcement of Donald Trump’s oval office address regarding the crisis at the southern border has set the entire media machine on a tailspin of hatred and outrage. Trump refuses to back down on strong border policy, and progressives refuse to act sane. The worst examples include Hollywood stars on Twitter, who are screaming to high heaven about how wrong and “fucked up” this all is. 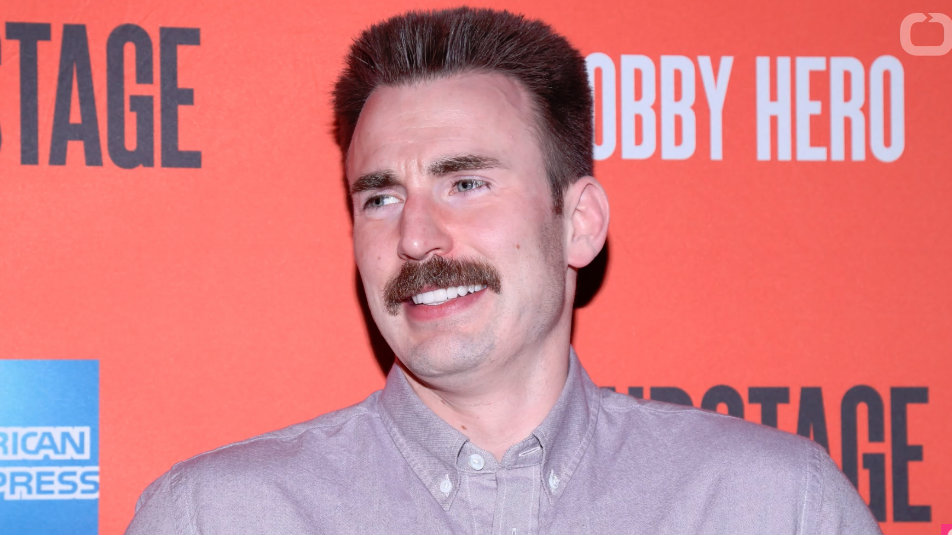 Rob Reiner tweeted in anger about the threat Trump’s oval office address will have on our democracy, and anyway, there is no problem at the border. That’s quite the bet to hedge for the sake of a lefty point of view. He wrote, “Tonight the media will turn the oldest living Democracy into a reality show by allowing a pathological liar to treat American citizens like suckers. THERE IS NO CRISIS AT THE BORDER!”

George Takei went there too, tweeting as if Trump’s Tuesday evening speech is an Emperor Palpatine-esque attempt to acquire emergency powers by which to rule America with an iron fist. The Star Trek actor wrote that the current danger is not the government shutdown, but it’s that “Trump invokes a false ‘national emergency’ to seize extraordinary powers — enough for him to circumvent congress — for his wall. We cannot allow this to happen.”

Comedian Sarah Silverman lost her cool over the pending address, writing a nasty message to DHS Secretary Kirstjen Nielsen in response to her assertion that there are individuals on a terror-watch list hoping to cross into America via the southern border. Silverman spat back, tweeting, “Forgive me but you’re a goddamn liar and I don’t like liars.”

Chelsea Handler continued the vitriolic rhetoric by mentioning how unbelievably “fucked up this administration is.” She added, “How could they have any allegiance to such a bumbling bombastic baby? They are all such morally bankrupt cartoon characters.” She then claimed that she needed to take a load off from all the stress, claiming, “Yikes. Time for an edible.” Maybe pot really is paranoia-inducing. 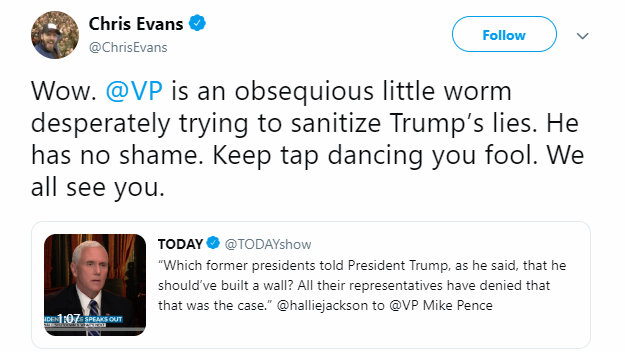 And the weepy-eyed, politically-hysterical Debra Messing also lashed out at the news, showcasing her own paranoid and deluded mental state. The Will & Grace actress tweeted, “This is horrifying. It is dangerous and irresponsible. They are KNOWINGLY putting a live political address on air knowing it is a continuation DISINFORMATION campaign. The American people don’t have a functional government. Ppl are not able to pay for rent.”

And Captain America star Chris Evans blasted Vice President Mike Pence for defending Trump’s tactics. He tweeted, “Wow. @VP is an obsequious little worm desperately trying to sanitize Trump’s lies. He has no shame. Keep tap dancing you fool. We all see you.”