Comedian Amy Schumer has been feeling ill lately, apparently from a wicked combination of Trump Derangement Syndrome and the physical strain of being pregnant. On Tuesday, the I Feel Pretty actress posted an Instagram video of her vomiting before a big show, and despite how tasteless that was, she topped it off by sending a hateful message to “crackhead” Mississippi Republican Senator Cindy Hyde-Smith and her “Confederate ass campaign.” 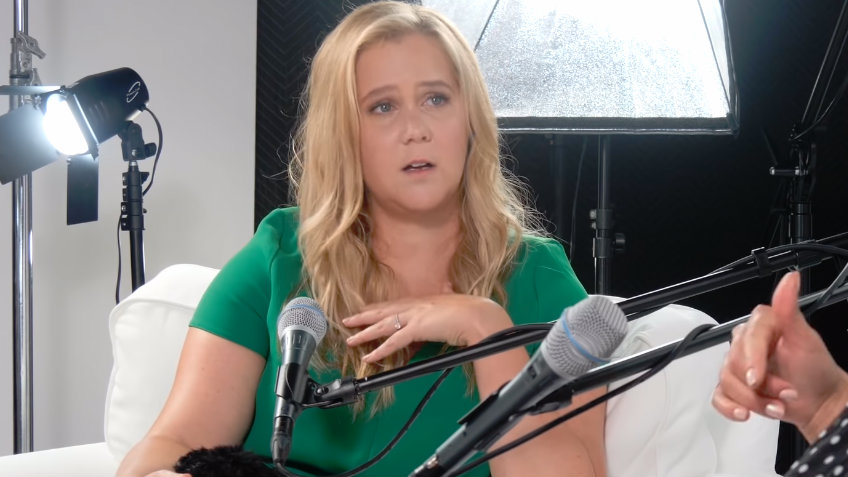 In an act only unhinged liberals would applaud as stunning and brave, Schumer produced the intimate (and rather long) video of her vomiting into a bucket with the intention of showing how hard she works for her craft while undergoing the trials and tribulations of bearing a child. But of course it was a little too much.

But for Schumer, it never seems to be too much. The actress captioned the video with a long message that included a mean-spirited, angry tirade against Republican Cindy Hyde-Smith. Because of course how else do you caption a post on dutiful motherhood without saying “Fuck Hyde Smith and anyone who voted for her.”

She began the political rant by saying how, as a mother, she’s grateful for healthcare “that we should all have.” Then she went after the Republican candidate.

“But I guess what I’m really saying is Fuck Hyde-Smith and anyone who voted for her. My feelings on her are best expressed in the above video. And I don’t usually agree with speaking ill of crackheads, but she has a crackhead looking mouth. Tiny racist teeth.”

Ouch. Clearly this is the kind of political commentary that only a shock comic queen and fan of scatalogical humor is capable of. She wasn’t finished however, as there's always room for more hate with these people. She added, “Also the MLB commissioner donated the max he could to her confederate ass campaign and that was after her crack mouth said she would attend a public hanging.”

Wow thank you, Amy. While I know it’s important to go after the appearance of some “racist” for the sake of the cause, people might be distracted by the loud and disgusting vomiting included in your post. Wait, I take that back. I meant to say, Schumer is a powerful woman who’s liberal display of vomiting reminds me of how beautiful women are during their most private moments.