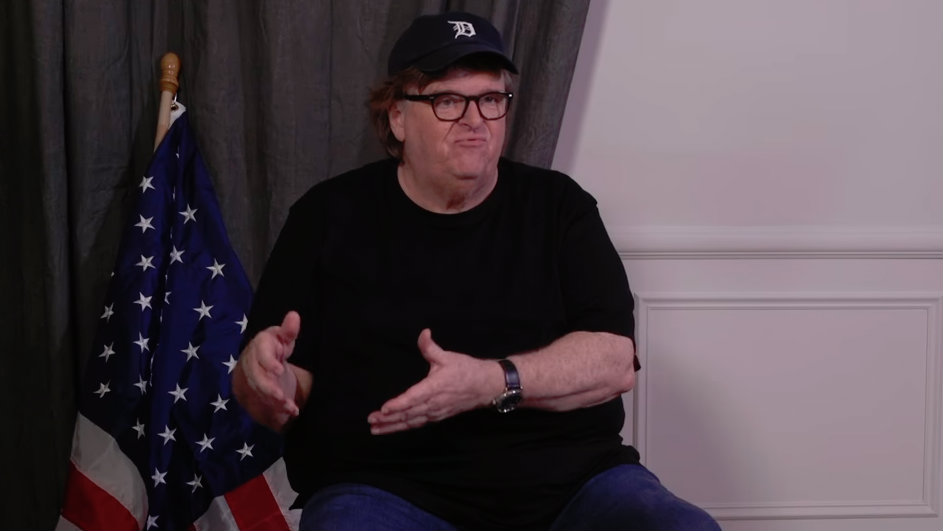 In a series of long-winded tweets, Moore unveiled his lefty fever-dream musings about a sophisticated plot of manipulation and subterfuge on the part of the Trump administration. One even intended to sow chaos among American citizens worried about so-called “reproductive rights.”

He began with the pronouncement, “A different theory: Trump (or more likely a minion of his) wrote that NYT op-ed.” You know, the one written by an anonymous Trump staffer that blasted the president as a dumpster fire who could only be reigned in by his stalwart administration. “It was done to distract you from the fact that the senate RIGHT NOW is holding hearings that will lead to the elimination of Roe v Wade,” Moore insisted, “Or he did it to create chaos he needs to clean house.”

Well, if distraction is the name of the game, consider Trump to be a little too late. The whole progressive world has been convulsing over the confirmation hearing of Supreme Court nominee Brett Kavanaugh, and the screams from the protesters have been reverberating throughout social media.

Still, Moore continued by issuing a stark warning to those who say Trump is a bumbling idiot. “Remember, Trump controls his own destiny. He is smarter than all of us. Oh really? You don’t believe him?.. If we can’t respect his evil genius then we will never defeat him,” he added.

Moore called Trump the “master distractor” and the “king of the misdirect,” describing his goal as “playing us all again so he can get Kavanaugh on the [Supreme Court].” He demanded his followers to recall that Trump “HATES women (except for one use)” and that they better not forget that Kavanaugh is Trump’s first move to “take [women’s] rights away -- beginning w/ CHOICE.”

Still, the director did not stop. Catapulted forward by his messiah complex, he proclaimed that Trump “knows how easy it is to instill fear in Americans and manipulate our darkest tendencies (racism.) He’s doing it now.”

Clearly, everything that Trump has said or done has had such a mind-bending effect on the man that he has turned him into a delusional shell of what he once was. Oh wait, never mind. We’re talking Michael Moore here. He ended his Twitter raving over Trump like this: “Remember -- he is always lying and he is always telling you the truth. That is his weapon.”

Forget Trump. Michael Moore has proved to be a terrible public influence himself, by using his platform to spread even more fear and panic into the already deluded minds of the progressive left. At this point he is just extra fuel lighting the fire that is Trump-derangement syndrome.