On Monday, Newsweek published an article warning the general public about an ACT for America conference honoring ICE department head Thomas Homan, because the Southern Poverty Law Center has described both as promoting a hate agenda. Whether from malice or sheer laziness, outlets like Newsweek a quick to regurgitate SPLC’s specious “hate group” claims. 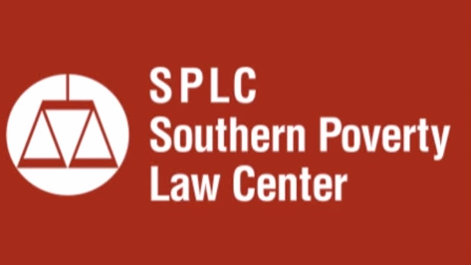 Newsweek reported that the SPLC claimed that the ACT’s police-centric conference, called “Back the Blue,” will feature “anti-Muslim rhetoric.” The police and ICE -- two groups charged with protecting Americans from terror -- Islamist and otherwise -- are apparently at risk of catching “Islamophobia” from the “hate group.”

ACT for America, a conservative organization aimed at neutralizing the proliferation of radical Islam, was founded by Brigitte Gabriel in 2007. Mentioning radical Islam, let alone opposing it, inspires all sorts of ire in the mainstream narrative, so Gabriel’s organization has faced its fair share of defamation. The SPLC -- once a noble liberal organization doing important work against the KKK and other actual racists -- has been a major player in this effort to bash opposing views, (ahem, combat hate) handing out “hate group” labels as if they were candy. It’s a great way for the liberal direct mail empire to raise money of aged hippies.

An ACT conference planned near D.C. and honoring ICE leader Thomas Honan must be a racist, anti-immigrant extravaganza. For progressives reading the attendance pamphlet, their nightmares have come true. President Donald Trump, Kellyanne Conway, John Bolton, and conservative pundit Tomi Lahren are reported to be on the guest list.

The “Abolish ICE” crowd that Newsweek and SPLC play to reject any efforts to control immigration and secure America’s borders. The Center for Immigration Studies, a group Thomas Homan has also been honored by and spoken at, has been called an “anti-immigrant hate group” as well. Homan, though, has defended the work done by ICE and other immigration reform groups, arguing that the law must be upheld regardless of conflicting emotions.

Prior to his retirement in June, Homan claimed that while it’s “sad to see children cry … those who choose to come between the ports of entry are committing a crime.” That’s the kind of clear-eyed statement that hurts the feelz of good progressives and lands the speaker on a phony fascist list.

The SPLC likes to wave around “official” labels like “hate group” as authoritative civil rights or social justice statements, but over time the organization has shown that they are less about combatting actual hate than they are about cementing liberal orthodoxy over conservative views. It has even been so overzealous in doing so that it has had to apologize, in one case, coming off as anti-Muslim themselves. On that note, maybe Newsweek should back off.