Fact: The Washington Post is anti-Trump. Scenario: a former Trump administration official writes an op-ed in the Post that contains an explosive accusation. When the press confronts Trump with allegation, he says “you have a sufficient journalistic ability to make a conclusion (Except Jim Acosta -- you’re fake news).” Then the White House goes silent on the issue, refusing comment. 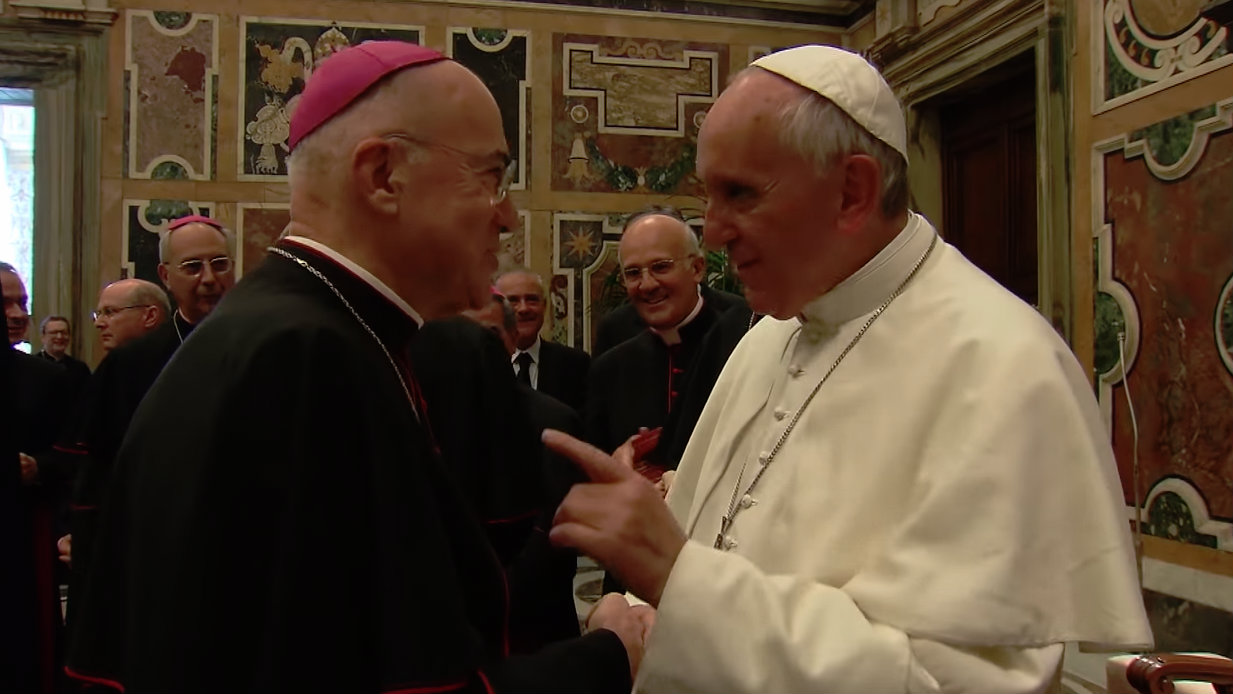 So the story is discerning the veracity of the allegation and making sense of the president’s vague non-denial, right? Or is it that the charge was leveled in the pages of the Post, which looks more like a house organ for the Democratic party than a newspaper? Is the scoop that someone in the Post’s echochamber edited that op-ed for publication?

At least one Postie would have to answer yes. In an August 30th article for The Washington Post’s Acts of Faith section, “religious writer” Michelle Boorstein attempted to discredit Archbishop Vigano’s allegations of a sexual abuse cover-up by the Church hierarchy, including Pope Francis, by tying them to a radically anti-Francis conservative Catholic media.

Boorstein made no attempts to weigh or process Vigano’s 11-page document asserting clerical corruption, she just hammered on how proliferation of such stories is the type of thing the politically-charged, conservative Catholic media would do.

She wrote, “Like most of the media in our hyper-polarized, digital era, Catholic news sites have become deeply split between left and right. And these days, the dividing line is almost always what Francis says or does on almost anything.”

Boorstein mentioned that Vigano’s “explosive and unverified accounts” were passed around by the right-wing Catholic media primarily.

So when Archbishop Carlo Maria Viganò wanted to make a first-in-history public attack by a member of the Vatican on a sitting pope, he turned, naturally, to conservative sites such as LifeSiteNews.com and the National Catholic Register in the United States, as well as prominent conservative journalists in Italy who in recent years launched opinionated blogs on which they can vent about Francis.

The author even went so far as to liken the media conglomerate to rabid Republicans and Trump supporters, with their divisive views and wealthy establishment donors. Boorstein wrote, that this was “like the way in which Breitbart News and Drudge Report have served as media conduits for the brand of conservative populism led by Donald Trump.”

Boorstein pointed out how influential, Koch Brothers-esque financial contributors, such as Timothy Busch, influenced the movement. She quoted Vatican journalist John Tavis, who wrote, “A lot of the smaller Catholic organizations take a conservative line, perhaps reflecting the church politics of their financial backers.”

Boorstein added, “Busch not only sits on the board of EWTN and many other Catholic organizations but is also the namesake for the business school at Catholic University, a graduate school known for working to reconcile free markets and capitalism and Catholic teaching.” She mentioned that Francis’ economic views skew socialist, again hinting that this has been an ideological battle driven by a political divide.

So none of this makes any attempt to discuss the explosive scandals that have come out against clerical abuse. In this case it seems that The Washington Post is more keen on flagging those it disagrees with politically than finding the truth about the clerical sex scandal.