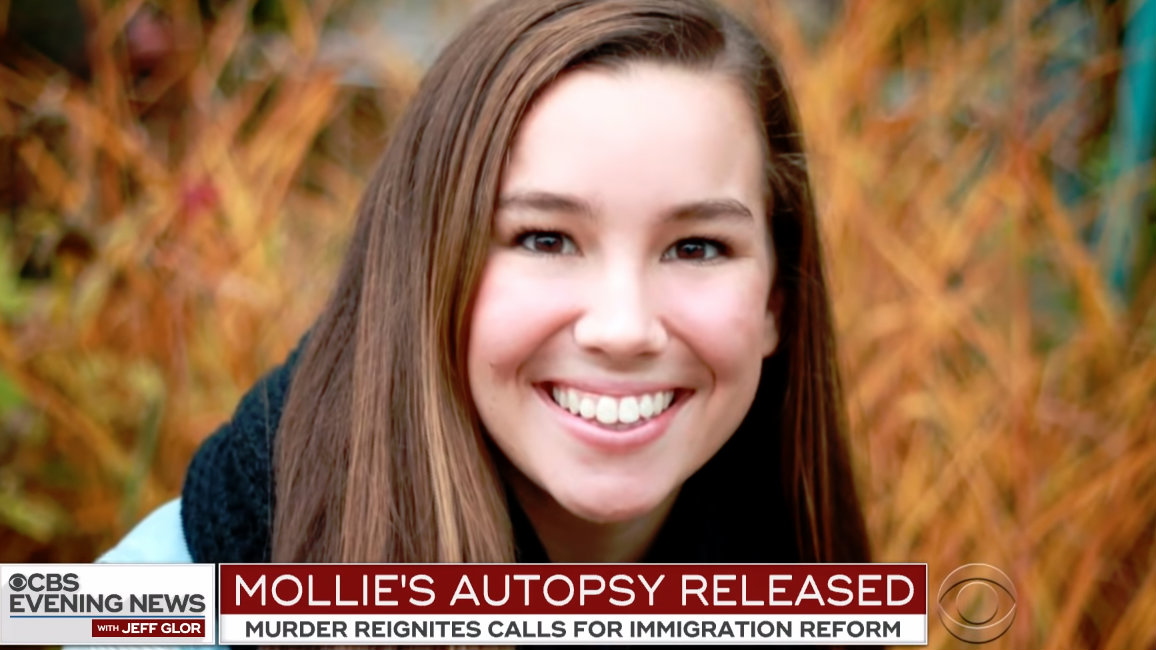 Yahoo! Lifestyle and a CNN commentator recently weighed in on the murder of Mollie Tibbetts. Deflecting from the argument that this was due to bad border law, the news outlet swung hard the other way, and blamed the crime on “toxic masculinity.”

Mollie Tibbetts was murdered b/c she told a man to leave her alone while she was jogging. Her murderer happens to be undocumented. This isn’t about border security. This is about toxic masculinity. Mollie Tibbetts lost her life b/c a man couldn’t take her saying no. Full stop.

“I’d love if we could have a real conversation about how women’s lives are literally in danger because some men do not know how to check their egos,” she added. “How many more women have to die before we can address this?”

She wasn’t alone in the Twitterverse. Bestselling author Catherynne Valente also wrote that Tibbetts was “killed because a man felt entitled to her & she said no.”

But then, on Thursday, writer Abby Haglage dedicated an entire article to the idea, for Yahoo! She cited the argument that“regardless of Rivera’s status, if what police say he told them is accurate, the killing is a grave example of toxic masculinity.” As he tells it, Cristhian Bahena Rivera was “drawn” to Tibbetts as he saw her running down the road, tried to talk to her, and was so annoyed with her threat of calling the cops, that he committed the crime.

So, if you take Rivera’s word for it, it was a gross overreaction (oh, taking his word for also means one should accept that he “blacked out” and came to after the murder), not the actions of an individual with predatory inclinations.

Anyways, to make her argument, Haglage employed a definition of “toxic masculinity” from Tolerance.org. (Oh wow, sounds serious.) It’s defined as a “narrow and repressive description of manhood, designating manhood as defined by violence, sex, status, and aggression.” It also adds that “It’s the cultural ideal of manliness, where strength is everything while emotions are weakness.” You can already see where this is going. 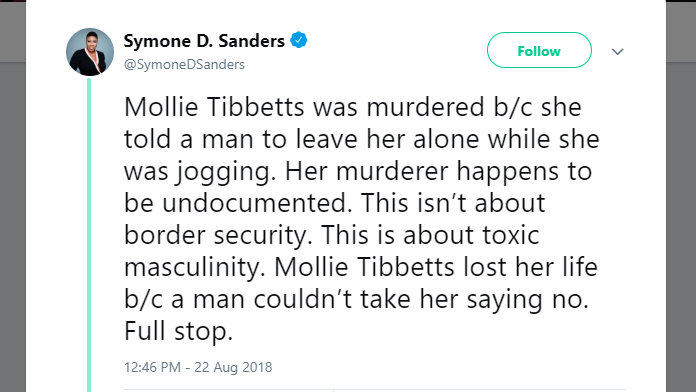 Katz argued, “Men -- especially those who buy into traditional gender ideologies -- view vulnerability as something that’s inconsistent with being a strong man.”

Katz also stated, “Violence is not impulsive. There is usually a belief system that underlies these actions. If you start getting under the surface of violent acts, it’s men trying to regain control.”

“Men are taught that violence is connected to manhood,” she concluded. Oh, and just for good measure, Haglage mentioned that “Katz worries that a hyper-masculine president maybe exacerbating the problem.”

It would be safe to assume that the Yahoo writer and Dr. Katz are referring to the western ideal of manhood, something that has been under attack by hardcore liberals these days. Most male grievances have been boiled down to this generalized gender-wide psychosis, and it has nothing to do with the bad actions or predatory behavior specific to an immoral individual.

If they demand conservatives stop using the illegal Rivera’s crime to fortify pro-immigration rhetoric, well, maybe they shouldn’t paint his violent crime on the backs of all western men.