Last Friday’s cancellation of Netflix’s new late-night series, The Break with Michelle Wolf, should be a clear indicator that the left’s outrage and anger towards conservatives isn’t doing much for cultural enrichment, much less carving out a compelling comedic platform. 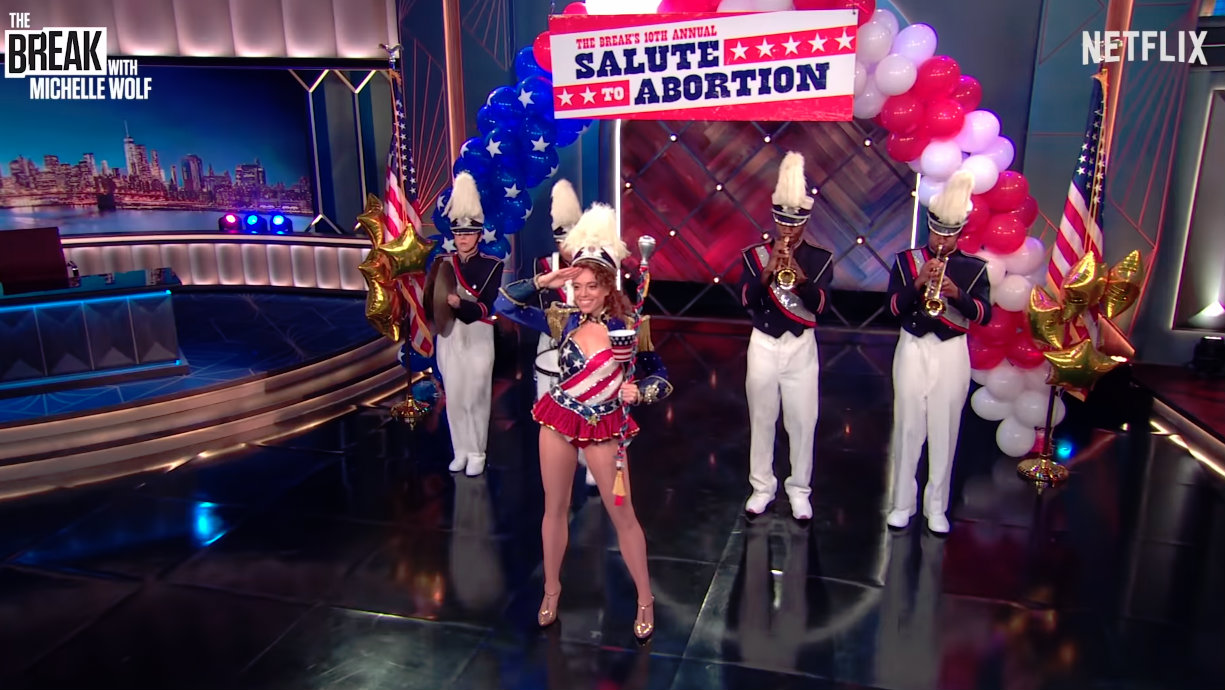 After only 10 episodes of her newly-minted shot at comedic stardom, conservative-bashing comedienne Michelle Wolf was pulled from the streaming service on Friday. But should we really blame Netflix in the first place? Wolf was touted to be the next big thing in comedy, especially after her blisteringly controversial stint at this year's White House Correspondents’ Dinner (WHCD). She was receiving praise and endorsements from all the right people in media. So what went wrong?

Well, do we have to spell it out that someone heralded by the liberal media might not earn as much bang for the buck once shopped outside of the lefty echo chamber? Maybe major corporations should be more careful in peddling liberal hate for profitable shock value, because it turns out that a large portion of the more common folk have not been tuning in.

Now, Netflix made no mention that Michelle Wolf’s firing had anything to do with ideology or her message. In fact, the streaming company likely assumed her rising infamy and brand of liberal shock value would turn her into a rockstar. But after the show’s short stint, The Hollywood Reporter stated that it had failed to attract the audience Netflix needed.

“Wolf’s late-night entry failed to garner the kind of viewership that warrants a second season at the streaming giant,” Lacey Rose and Bryn Elise Sandberg wrote. Instead, “During the series’ brief run, Wolf herself generated considerable press attention and a handful of segments -- including an ‘ICE is’ recruitment video and salute to abortion.”

It’s funny to see Wolf’s outright political bias during the time of her Netflix special, especially considering that in February The Hollywood Reporter mentioned that the comedienne’s upcoming special would be a place where she “expected to make fun of everything and everybody, with no preaching or political agenda -- unless of course it’s funny.”

Clearly, a political agenda materialized. And, maybe for Wolf, her July 8th “Salute to Abortion” was hilarious and worth the backlash. Again, what did Netflix expect? It’s not hard to see the trajectory from lefty late-night writer to all-out insane liberal, desperate to make it in the business.

Starting in April 2016, Wolf gained notoriety as a contributing writer for both Trevor Noah’s The Daily Show, and had been working on Seth Meyers’ Late Night since July 2014, working her way up to the position of Meyer’s writing supervisor. Working for both productions allowed Wolf to develop her expertise for conservative-bashing humor, especially around the time of the Trump’s election.

In December 2017, two months prior to landing her Netflix special, Wolf was on an HBO stand-up comedy tour called Nice Lady. Her content, mostly focusing on feminist issues such as the gender-wage gap, earned her rave reviews and better exposure to bigger players in the industry.

According to The Hollywood Reporter, she started earning the “respect of several comedic heavyweights, or former heavyweights, including Louis C.K., who tapped her to open for him on his 2016 stand-up tour and to act in his celebrated web show Horace and Pete, and Chris Rock, who hired her to write for his Oscars ceremony.”

Upon greenlighting Wolf for the now-cancelled special, Bela Bajaria, Netflix’s vice president of content, stated, “We’re thrilled to be working with Michelle, a gifted writer and a performer with a singular voice.” Wolf also released her own statement, joking that, “You can expect the types of jokes my former bosses would tell me we couldn’t do on TV.”

Well, at least we were warned.

As an entertainer on the cusp of success, Wolf secured her slot at the White House Correspondents’ Dinner, hoping to solidify her comedic momentum. The event aired on April 28, 2018, and practically everyone with internet access was soon made aware of her no-holds-barred, salacious attack on conservatives and members of the Trump administration, in particular Sarah Huckabee Sanders.

The backlash after Wolf’s remarks was intense, to say the least. Most conservatives considered it an embarrassment and further proof of the left’s continued intellectual unraveling. On the flipside, Wolf was proud of her accomplishment as were many in the mainstream media.

In an interview with Entertainment Weekly, Wolf claimed that the event made her “confident” because “It’s fun to stand in a room and deliver the jokes you wanted to deliver.” The left was enraptured by her anti-Trump antics, with outlets describing her as “slaying” at the WHCD. She was invited to The View and enjoyed the optimal publicity prior to her headlining special.

“I think it’s awesome! If people hated what I did at the dinner, they’re really going to hate my show,” Wolf added in her interview with EW.

Once again, it seemed as though the comedienne was prophetic in her statements, or just being honest. The people who picked up her show (ahem, Netflix) should have considered the significance of the conservative backlash after the WHCD before it turned into a full-on boycott of the streaming special after her “Salute to Abortion” segment and other radical left material.

Now, for the left, these are feel-good segments. This is the type of stuff that makes television worth watching, and they praised Wolf like she was comedy’s second coming. As a media darling, Wolf seemed a smart choice for Netflix at the time. However, for a considerable group of other individuals, this type of material was completely antithetical to comedy in general. It was unfunny, slanderous, downright indecent, and further evidence of the left’s current derangement syndrome.

And Netflix should have guessed that any major demographic suffering a psychotic breakdown should not be a group of people to get behind and expect good results. But, as it is, better late than never.