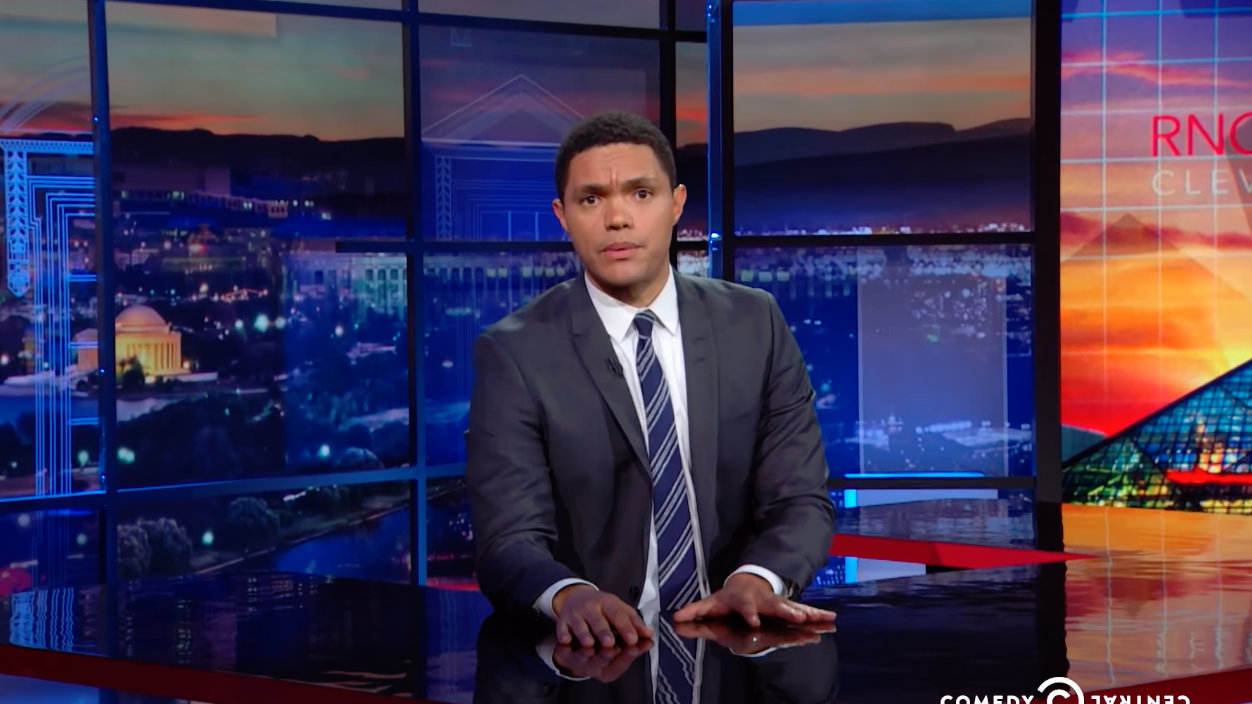 Whenever the Catholic Church gets into any hot water, the liberal media is always there to fire off some ignorant criticism or scathing tirade. Of course, it’s the perfect opportunity to channel their ire for the Church, so why hold back? Daily Show host and liberal mascot Trevor Noah didn’t hold back with his anti-Catholic monologue on Wednesday.

After another unremarkable Trump impression (of course), late-night host Trevor Noah moved on to the subject of the massive sexual abuse scandal that rocked the Pennsylvania Catholic Church earlier this week.

He reported, “A Pennsylvania grand jury has reported that the Catholic Church there protected more than 300 hundred priests, who were accused of abusing children over seven decades.” To provide perspective, he added, “Yeah, and that’s just in Pennsylvania, alright? Just in Pennsylvania. Like, we’re not even counting the rest of America, and Europe, and Africa.”

That’s fair. This abuse should be hammered as much as possible and it’s safe to say that these reported predators should be rounded up and shipped offworld, but Noah, as many on the left like to do, went a little too far and slandered the entire community as some hedonistic and deranged city of Sodom.

“And I’m sorry guys, at some point I feel like we need to stop calling it a church, and start calling it what it is: a molesting club with an opening prayer. Cause that’s what it feels like.”

“This shit never ends,” he concluded.

Of course, this scandal was monstrous. It was a hellish blight on the institution’s human bureaucracy, and, at the very least, a major embarrassment for the innocent faithful to endure. At this point in time, the Church should embrace the humiliation and purge this kind of behavior at all costs.

When it comes to much of the left’s commentary, however, most conservatives know that it isn’t about constructive criticism or wanting to solve the Church’s problem. The mainstream media has repeatedly slandered and mocked the entire Catholic community over the existence of pedophile priests. Whether it’s South Park mocking church officials by portraying them with underage boys on leashes, or the other countless examples, it’s just one more thing that they exploit in order to discredit an entire faith that many of them already hate.

It’s funny. So many on the left, like Noah, are quick to denounce the entire message of the Church based on the bad actions of a few, but say one word criticizing any aspect of Islam and you will see a deep rage rise up within them, as they scream, “Are you kidding me, bro?! Islam is a beautiful religion!!”