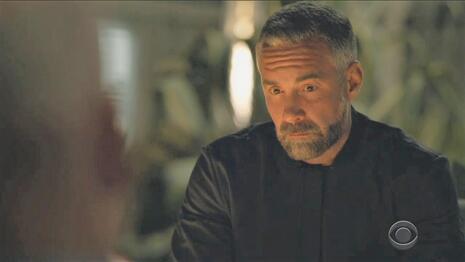 CBS's cop drama S.W.A.T. signaled to its audience this week that those who question critical race theory and the Black Lives Matter agenda are really white supremacists.

In the manipulative episode, "Reckoning," on Wednesday, April 21, the S.W.A.T. team goes after an evil white supremacist organization called the "Imperial Dukes." The Imperial Dukes want to start a race war. After the team captures one of the Dukes, they bring him in for questioning. He is a hateful man who complains during his interrogation that "they come for us, for our whiteness, and you do nothing. How will they come for us? You say my eyes will be opened eventually, why not now? They teach our children to hate themselves. They're trying to replace white culture. They tear down our monuments."

His diatribe deliberately mixes real hate and paranoia with the mention of critical race theory curricula, words like "whiteness" and anger about monuments. This is a subtle message to the audience that conservative opposition to critical race theory and the tearing down of historical monuments (like Lincoln and Roosevelt) is really all about white supremacy.

This deceptive intermingling of genuine racism with the legitimate concerns of non-racist Americans continues later when Sgt. Deacon "Deac" Kay (Jay Harrington) infiltrates a group of cops whom he suspects of being white supremacists. Again, the dialogue mixes concern about everything from marches (many of which have turned violent) to unfair attacks on policing with genuine dark and nasty racist language. One officer refers to black people as "animals" and believes that a competent leader on the S.W.A.T. team, "Hondo" Harrelson (Shemar Moore), got his job because he is black.

Ellis: My son went to a March. (Scoffs) Doesn't understand why it broke my heart.

Durham: It's Monday-morning quarterbacking. I mean, a black suspect comes at me with something looking like a weapon, you think I'm spending time worrying what color he is?

Gibson: (Chuckles) No. And saying so doesn't make me a racist. All right? It makes me a realist.

Durham: No, man, they loop us all together like we're some Imperial Dukes. It's just ridiculous.

Gibson: Their type of violence? I-it makes the whole movement look bad. And it takes away the focus of the politically correct BS that's gone too far.

Ellis: One day we're gonna look up and find the inmates running the asylum.

Ellis: I can't even imagine what it's like for you every day.

Deac. I'm not sure how you mean.

Durham: Harrelson. I mean... Hondo's a good guy, I guess, but everyone knows that his promotion was affirmative action nonsense, all about capitulating to the social justice warrior crowd over at the city hall. He has no business being the SWAT team leader over you. I see it in your eyes. It eats you up to have to take orders from him. I feel you. World's gone mad.

The idea behind dialogue like this is to convince Americans that cops who do not support BLM are really white supremacists, just like the earlier words of the Imperial Duke were meant to make people feel that criticisms of critical race theory training attacks on "whiteness" or opposition to the tearing down of monuments are co-equal with real racism.

As long as Hollywood continues playing these sort of games with their messaging, Americans will feel afraid to speak up about real issues that harm all Americans for fear of being lumped-in with genuine villains. This twisted media and entertainment tactic makes authentic dialogue in our country impossible.

This rant was brought to viewers in part by Crest, AT&T and Allstate. You can fight back by letting these advertisers know what you think of them sponsoring such content.