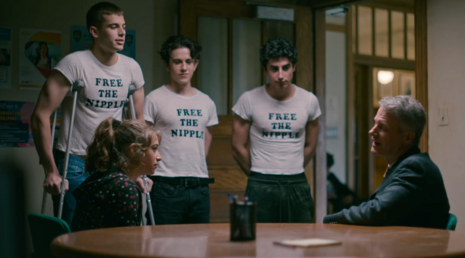 On Friday, October 16, Netflix premiered the high school drama Grand Army, about a selective public high school in New York City. Like most current Hollywood dramas, it has graphic nudity and violence and checks off all the usual left-wing boxes.

The female students are all activist feminists. A student from an immigrant family struggles with coming out as homosexual. Straight white male students turn out to be rapists who make racist and homophobic remarks. Black students take a knee during the National Anthem, shout "I Can't Breathe" during an assembly with NYPD, and are victims of the "school-to-prison pipeline." (No mention is made of how Obama era initiatives relaxing school disciplinary policies led to tragedies like the Parkland school shooting in Florida).

As I watched, I thought I had filled-in every spot on my woke bingo card until the series threw me with a box I didn't expect: the "free the nipple" movement. Apparently, fighting for the right of women to display their breasts in public is a thing. In fact, at least six U.S. states have effectively made it legal for women to go topless in public.

A "Free the Nipple" day happens at the high school after a teacher tells one of the female students to dress more appropriately. This leads the girl, Joey (Odessa A’zion), to organize a "free the nipple" movement at Grand Army with her school's dance troupe and other girls clubs. They all show up at the school sans brassieres, à la 1970s bra burners. Joey goes so far as to wear a tight, sheer white cotton t-shirt to class without a bra. She then pours water on her shirt to further anger the teacher who criticized her wardrobe and is sent to the principal's office.

Principal: So, what's going on here?

Joey: Um...I wore this to school today and Ms. Wilder said it was disruptive so she kicked me out of AP bio.

Joey: No. Nothing I'm wearing violates the dress code.

Joey: It's just white and light-weight fabric. I know for a fact there are a number of other students at school today wearing thin white shirts, but they're not down here missing class.

Joey: It's a political movement.

Principal: Well, school is not the right place for this...particular movement.

Principal: Nancy? Could we get Miss Wilder down here to weigh-in, please!

Joey: Isn't school the place where we're supposed to learn how to be active citizens?

Principal: Absolutely, but not when you're wearing nothing under your sheer shirt. Your clothing leaves very little to the imagination, Joey.

Joey: Is that why you opened the door? So you wouldn't have to be alone with me? Because my body's somehow dangerous to you. Is that why?

Joey: Is that why you called Ms. Wilder in? So that you could have, like, a female witness? Mr. B, can you acknowledge how messed up that is?

Can Joey acknowledge how messed up it is for a high school junior to essentially expose her breast to an adult man?

Teenage boys come in wearing the "free the nipple shirt" and Joey makes the argument that if the boys have right to wear it without anything underneath so does she. "Mr. B. How can you regulate my body and not theirs?" she asks. "What can you see on me that you can't see on them?"

Um...breasts. Does anyone need to explain this to a teenage girl? Nonetheless, the principal is cowered by Joey's ridiculous argument and gives in.

The entire scene with the principal is non-sensical and part of a larger radical feminist agenda to ignore common sense and biological reality. The principal is placed in an impossible situation. Is he supposed to leave the door closed and risk #MeToo accusations? Is he really supposed to pretend that a male and female chest are the same thing?

Apparently, in radical feminist fantasyland men should view female breasts no different than male ones and to do otherwise violates feminist orthodoxy.

Joey is made captain of her dance team for her Free the Nipple success. One teammate declares, "This is how we rise to the top of the Grand Army Slut Squad. By saying 'Fuck the fucking patriarchy!'" Yup, patriarchal guys definitely don't want women to walk around showing their boobs.

The satire site The Babylon Bee once joked that "Netflix Will Now Just Pump Septic Waste Straight Into Your Living Room." Consider this new series the latest dump of worthless sludge on the streaming service. 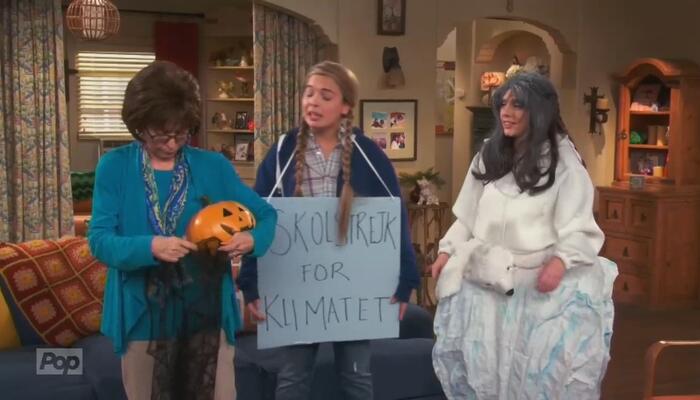 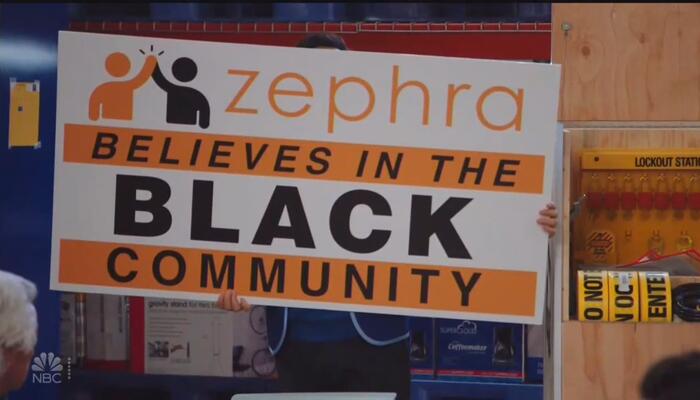 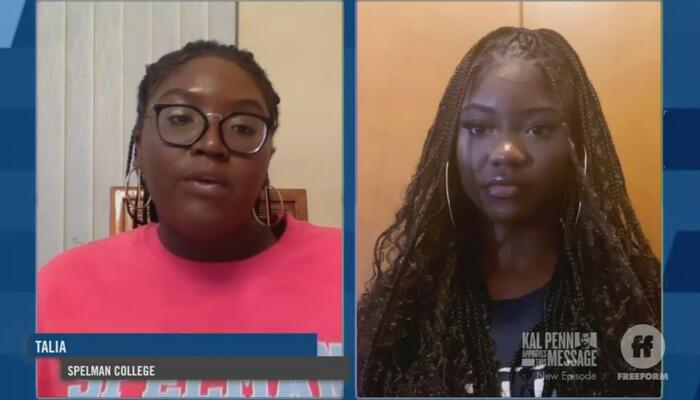 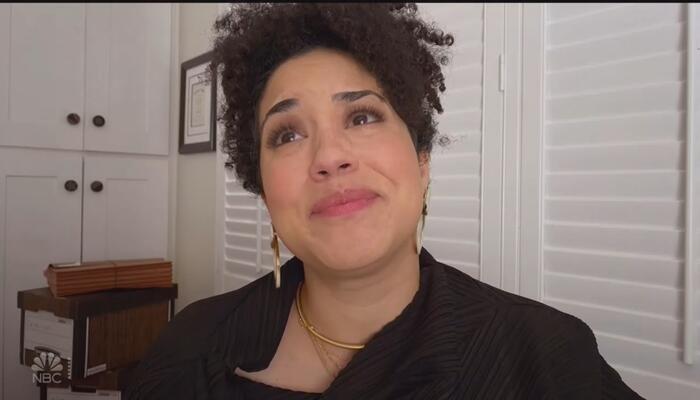 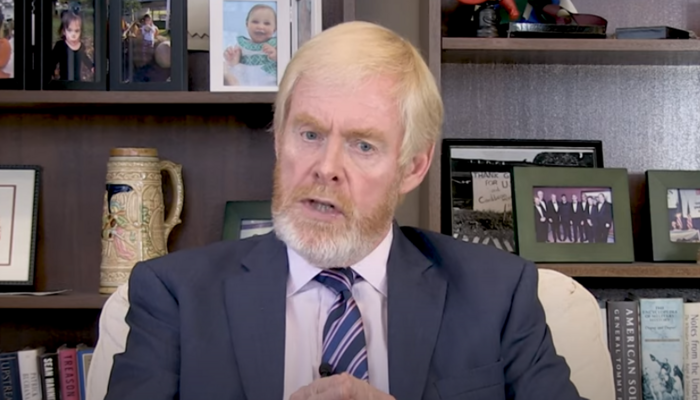 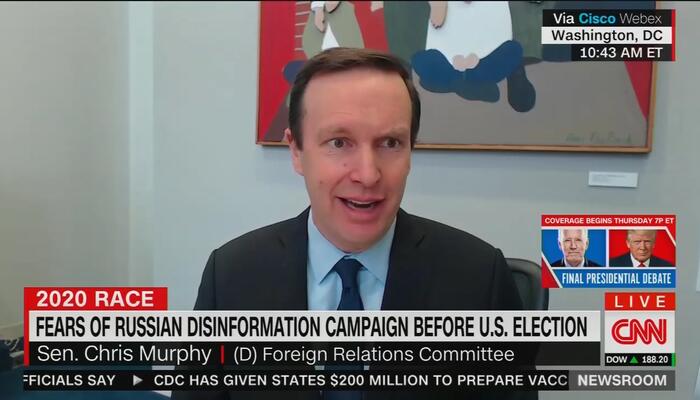 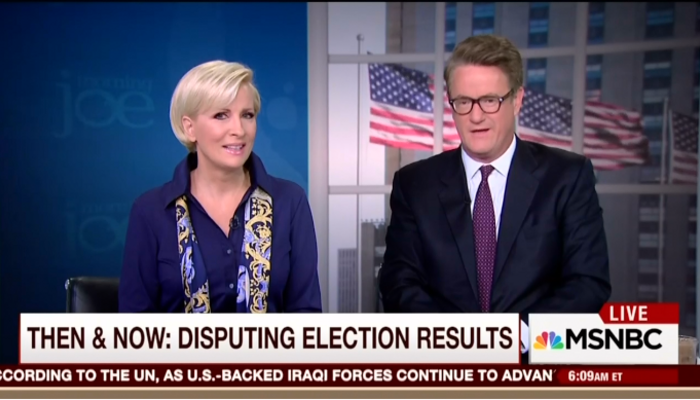