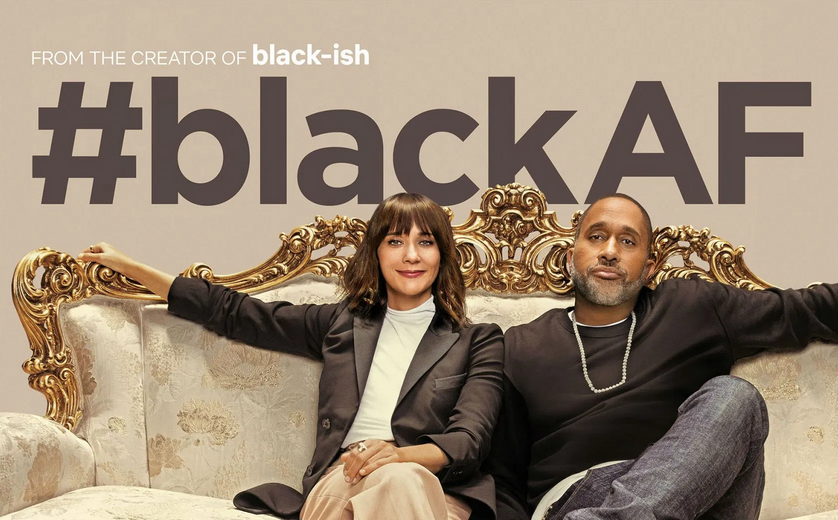 The Obamas have created a very lucrative post-presidential life in the entertainment industry. Barack and Michelle Obama currently have a $50 million Netflix contract which they acquired with the help of a campaign contributor. Obama's former national security advisor, Susan Rice, is on Netflix's Board of Directors. The New York Post has even called Netflix "a propaganda machine for the Obamas."

So perhaps it is not surprising that the new Netflix series, BlackAF, from Kenya Barris, the creator of Black-ish, Mixed-ish and Grown-ish, praises the Obamas in about every other episode. Even the series' opening mixes images of the Obama family with African American heroes like Martin Luther King, Jr.

BlackAF, released April 17, is a loosely autobiographical series about Barris' own family and his relationship with his wife and six children. Although the show is focused on the Barris family, you could make a drinking game out of how many times they mention the awesomeness of the Obamas. The family even has a large double-portrait of Barack Obama in the hallway.

When Kenya's wife, Joya (Rashida Jones), imagines herself as an "inspiration," she brings up Michelle Obama: "Let me explain to you why I'm an inspiration," she tells her daughter. "Somebody like Michelle Obama. She's the GOAT, obviously." Her daughter gives Joya a disbelieving look. "Obviously we all love her," Joya continues. "Untouchable. I will put respect on her name forever." The mom then calls the former first lady "royalty."

When Kenya meets with his writers he gets into a discussion about perceptions of black fatherhood. He feels black fatherhood is dismissed or ignored. Then he says, "But if I asked you to name an amazing black mom."

"Then I would say Michelle Obama. Hello?" one writer answers.

But it is not only Michelle who gets all the love. When the arguing family is vacationing on the Fiji Islands, Kenya begins a speech about his "hero" Barack Obama, and describes Obama's youth in another set of Pacific Islands, Hawaii.

Kenya: And what it makes me think about when I think about Obama is I start to reminisce, about what a great man he was. We all miss him. We miss him. I think about him frolicking in those sugar cane fields, that beatific smile, you know, and I...

Peaches: Beatific smile? Barack has smoker's lips. Shit, that's why he was my president. You think I wasn't gonna vote for somebody who smoke Newports and blunts? [laughs] Ya'll get it, right?

Kenya: First of all, Peaches, very funny. But if you had even woken up on voting day early enough to vote, I'm not sure that the ballot you cast would have counted because I'm pretty sure you're a felon. And secondly, that little outburst just earned you what we call a separate check. Waiter, she's on her own tonight. So enjoy that. It's fine. Anyway, when I think about Barack, I remember Barack because I think that Barack was a hero. And, you know, you guys probably.because I'm a husband and father, think of me as a hero.

Obama's daughters, Malia and Sasha, also get a shout-out in the show. When Kenya's 18-year-old daughter, Chloe (Genneya Walton), is smoking marijuana at a concert, Kenya and Chloe discuss their views about how a young black woman will be perceived differently for smoking pot.

"I mean, it's different for us, but that's just how it is. It's like if Malia Obama comes anywhere near pot, doing the same thing any kid her age is doing, it's like a national security breach. Or if Sasha wear a tank top, it's like she break the internet."

Actually, the only presidential daughters who faced any serious consequences for their teenaged mistakes were Jenna and Barbara Bush. Both Bush daughters were arrested and charged with underage drinking. Their arrests ended up on the covers of newspapers and weeklies across the country. Jenna appeared in court for underage drinking and using a false ID. The Bush daughter was ordered to undergo counseling and serve community service. The clothes she wore in the courtroom -- including Capri pants, sandals and a toe ring -- were mocked and ridiculed all over the news. Malia Obama, on the other hand, faced no consequences for appearing to smoke marijuana.

But that is besides the point. In the end, Kenya is more stunned that his daughter would compare herself to the Obama children. "Did you just compare yourself to Sasha and Malia Obama?" he asks incredulously. The Obamas are "royalty," after all.

Barack Obama's presidency was marked by recession, unchecked corruption, the rise of ISIS and the fiasco in Libya, among other embarrassments. When will the Obama hagiography end? Apparently, it will continue on Netflix as long as the Obamas and their friends are influencing the streaming service.

An additional note: One wonders how the Obamas would feel about the numerous expressions of anti-white hatred in the series, such as when Kenya literally states in the first episode, “I fucking hate white people, man. I really fucking hate white people.” Although the series does imply that some of Kenya's enmity is a result of his own insecurities, the fact that he even makes such a statement is pretty shocking. Also, every episode is in some way titled "because of slavery." Again, Kenya's tendency to relate everything to slavery often gets an eyeroll from his family, but the episode titles are nonetheless a significant part of the show.