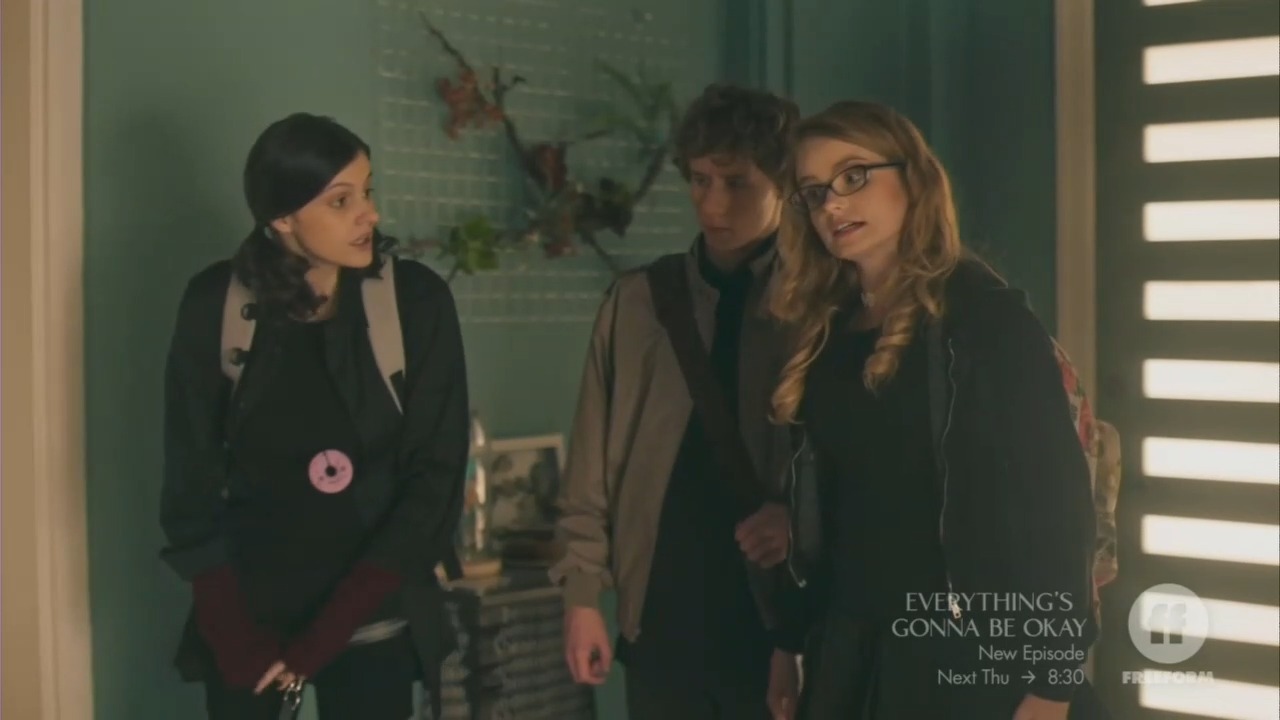 The Freeform show Everything's Gonna Be Okay is about a twenty-something gay man named Nicholas (Josh Thomas) who becomes a legal guardian to his two teenaged half-sisters after their father dies. One of the sisters, 17-year-old Matilda, happens to be on the autism spectrum. Like the Netflix show Atypical, Everything's Gonna Be Okay recognizes the fact that, with understanding and awareness, an autistic individual is capable of social and academic success.

Unfortunately, this new autism awareness is also coming at a time when left-wing sexual revolutionaries have become more aggressive. They are pushing a radically Marxist sexual agenda and autistic young people are too often being used and manipulated in this brave new world. Examples abound, from the abuse of the autistic boy "Desmond is Amazing" to the high number of young people on the spectrum who are being encouraged to sexually "transition."

Matilda: Remember we decided I could have sex if I asked you first?

Nicholas: I feel a little taken out of context.

Matilda: You said I could be sex-positive.

Nicholas: That is a different thing, but go on.

Matilda: They're both autistic.

Matilda: Great. Will you tidy up my room?

Nicholas: What, now I have to do cleaning?

Nicholas and his boyfriend, Alex (Adam Faison), clean-up Matilda's room in preparation for the the teenagers' sex romp. When Matilda and her friends arrive, Nicholas and Alex agree to watch Drea's therapy dog while the teens head into Matilda's room. Jeremy ultimately gets cold feet about the idea and leaves the room, only to sit trapped frozen in the hallway after he realizes Nicholas and Alex are having sex in the kitchen. This occurs to playful music which is supposed to indicate that the scene of a frightened Jeremy in the hallway is somehow supposed to be "funny." After Jeremy leaves, Matilda and Drea engage in a lesbian liaison.

While this madness was going on, a separate subplot with Nicholas' youngest sister, Genevieve (Maeve Press), involved high school sexting. Genevieve's friend Tellulah (Ivy Wolk) asked a guy she was interested in to send a picture of his penis. He replied that he wanted to see a picture of her vagina first. Tellulah found a random picture of a vagina on the internet and sent it to him, pretending it was really hers. "Feminists go first," she told Genevieve . Of course, the boy showed it to everyone in their school. Rather than being angry at this action, Tellulah asked him out.

So, the young "feminist" sexually degraded herself and then asked out the boy who humiliated her to the whole school. If narcissism and degradation is what the writers mean by "sex positive," then Everything's Gonna Be Okay has that philosophy down pat.