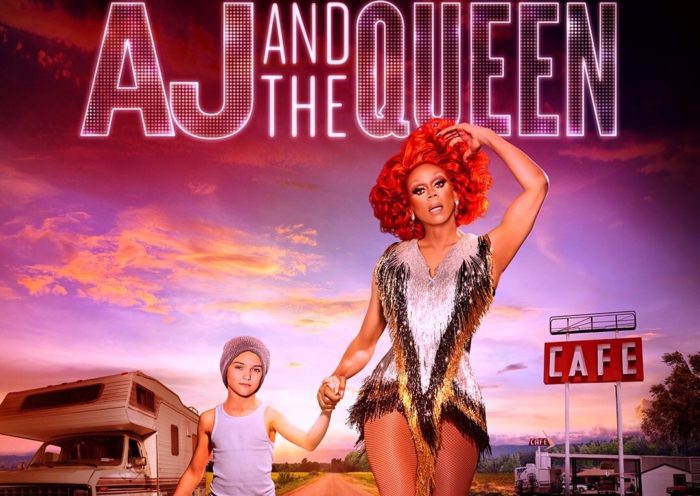 On Friday, January 10, Netflix premiered a new show co-created by drag queen RuPaul, titled AJ and the Queen. RuPaul is the host of the popular show RuPaul’s Drag Race. AJ and the Queen is about a 10-year-old child who accompanies Robert (RuPaul), a gay male drag performer who goes by “Ruby Red,” as he travels across the country performing in drag shows at mostly gay bars. What could go wrong?

The child, AJ (Izzy G.), is the daughter of a drug-addicted prostitute. She wants to be a boy “because people leave boys alone.” She hides her long hair under a boyish hat and does her best to look and act like a 10-year-old boy instead of a girl. The show is one long exposure of this child to sexualized adult situations in which she does not belong, all under the guise of the drag queen and the child “bonding” cross-country.

During the voice over in episode one, “New York City,” A.J. says, “Since I didn’t have a pushy mother, I was on my own.” (The idea of the domineering mother will repeat later in the show.) Femininity is reduced to butts, boobs, and hips, revolving around grown men’s desire to regularly mimic, mock and exaggerate female mannerisms.

In episode 2, “Pittsburgh,” AJ criticizes “this rainbow-covered shitshow” as they arrive at a gay bar in Pennsylvania. When the two go backstage, the club's drag queens precede to engage in conversation. The scene ends with one of them calling little AJ a “top,” a term in homosexual male culture referring to the man who sexually penetrates the “bottom.”

Magda: Well, look what the pussy dragged in. And you have a child. I knew closing those Planned Parenthood clinics would create a problem. [Laughs.]

Robert: Girl, this is AJ. AJ, this is Magda. One of Pittsburgh’s finest queens.

Edie: Which tells you a lot about the Pittsburg scene.

Robert: Uh, maybe don’t tuck in your junk in front of a minor.

Edie: There are no miners in Pennsylvania, no matter what the president promised.

Robert: AJ, this is Edie. She used to be pretty.

Alma Joy: Wait till you…

Robert: That’s Alma Joy and, trust me, she may have a couple of nuts, but there is no joy...

Robert: Good to see you, Alma.

Alma Joy: Have we met?

Alma Joy: Surprised to see you all the way out here in the sticks, Ruby. Wasn’t that what you called us? I guess she’d know all about sticks. She has that big one stuck up her ass.

Magda: You say that like that’s a bad thing.

Alma Joy: What are you even doing in Pittsburgh? I thought you were opening your own New York club.

Robert: Oh, I am. We’re in the middle of huge renovations and it is going to be major.

Edie: Oh, Ruby, girl, there are burgers at the bar. Are you hungy?

Edie: Okay. Follow me. First kid I ever met that’s a top.

No 10-year-old child should ever be referred to by the sexual position of a “top,” not even in jest. Note to Netflix: Pedophilia jokes are disturbing.

In Episode 5, “Mt. Juliet,” Robert and AJ arrive in a small-town in Tennessee. While in Tennessee, AJ sees a mother and daughter together and pines for the life the other girl has with a mother brushing her hair. But, of course, this show is seen through the lens of a homosexual agenda so the mother is actually a pushy and domineering narcissist trying to control her daughter. As AJ looks through the traditional family’s window, Robert tells her that the daughter, who dislikes traditionally girlish things, “is most likely a lesbian.”

The LGBT agenda is not about “live and let live.” It is about delegitimizing “heteronormativity” and locking children into sexual “identities.” The days of a girl being free to go through tomboy phases or a boy simply liking pretty, “girly” things at some stage in his childhood is long gone. The LGBT movement insists on projecting their own arrested psycho-sexual development onto all children regardless of the realities of those children’s experiences.

This becomes crystal clear by episode 6, “Little Rock,” when AJ and Robert are hiding out in an RV park in Arkansas. The RV park vacationers are putting on a show of musical numbers from Grease. A boy at the park likes Robert’s drag outfits and wants to dress up as “Sandy” for the show. The boy’s gun-loving father reacts angrily when he sees his son as “Sandy.” Robert gives the dad a talk about how his son’s love for feminine clothes is like the dad’s love for guns and the boy’s desire to wear them will only become more embedded as the child grows older. Eventually, the boy grabs a gun and tells his father he is dressing like “Sandy” whether the dad likes it or not.

Need I go on? The show is an LGBT nightmare weaponizing children for Big Gay’s agenda. Viewing A.J. and the Queen for Newsbusters left me enraged. This show should outrage all Americans.