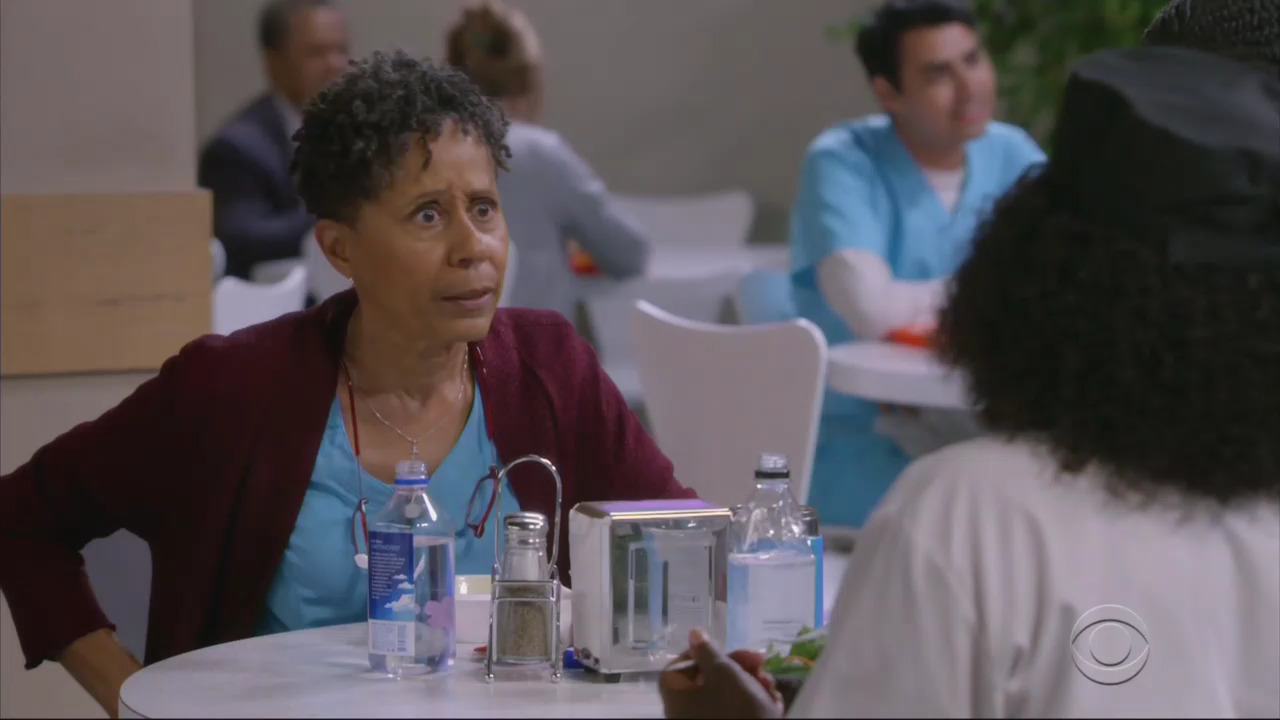 Liberal producer Chuck Lorre’s new show Bob Hearts Abishola has been vying to be one of the worst new sitcoms on television. The October 7 episode, “A Bird May Love a Fish,” once again utilized racist tropes aimed at whites, blacks and immigrants while also taking a dig at Fox News.

In the episode, Nigerian nurse Abishola (Folake Olowofoyeku) chats with her fellow hospital employees about Bob (Billy Gardell), the white man who wants to date her. Abishola and her Nigerian co-worker Kemi (Gina Yashere) list all the ethnic or racial groups that a Nigerian woman should date. Their fellow Nigerian tribe members are at the top of the list. White men are second-to-last and African-American men are at the very bottom. An African-American nurse named Gloria (Vernee Watson) takes offense.

Gloria: “All you Africans think you better than us.”

Kemi: “You don't make it easy for yourselves.”

Gloria: “What's that supposed to mean?”

Gloria: “You're just buying into that racist propaganda you see on TV. There are more white people on food stamps and welfare than black people.”

Kemi: “That's not what it says on the Fox News.”

Abishola: “Which is fair and balanced.”

The idea that Fox News is to blame for negative stereotypes held by two Nigerian immigrants is a shocking leap even for Chuck Lorre. For many years, Fox News was the only major news channel to combat liberal media bias. This made the channel a boogeyman in the mind of the delusional left.

The episode also perpetuates the notion that law enforcement is inherently racist. Gloria tells her co-workers, "You think white folks see a difference between us? To them, we all look the same. You get pulled over by a cop, he's not gonna see your little ranking system. He's just gonna see this." (She touches her skin.) Neither of her co-workers defend the police. They just say they would not get pulled over for violating a traffic law.

Lorre had already been using the end credits of Bob Hearts Abishola to push his anti-Trump agenda. Now he is projecting racism onto a news site that does not cater to those left-wing views. Perhaps the writers on this humorless sitcom should spend less time attacking conservatives and more time asking themselves why they need to indulge in nasty stereotypes of different racial and ethnic groups every week.