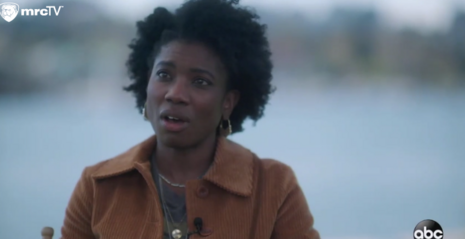 ABC’s A Million Little Things has added to the count of 127 episodes on television that have pushed Black Lives Matter since George Floyd’s death with their third straight week of BLM-themed episodes. In Wednesday's episode, “Not Alone,” one character claims that black Americans must wear an “armor” that gets heavier “every time another innocent black person is killed.”

Once again, black characters Rome (Romany Malco) and his foster son Tyrell (Adam Swain) are at the center of the story, as Rome is teaching Tyrell the ins and outs of making a documentary. Rome announces to his wife that he and Tyrell did a pre-interview with a Boston organizer for Black Lives Matter by the name of Nya Byrne. Tyrell proclaims that Nya is “incredible,” and that she was “everything you wanted in a soundbite.”

As they later do a full interview with Nya on camera, she says that black people must wear an armor that gets heavier every time an “innocent” black person is killed:

Tyrell: Wow, Nya. That was a really great answer. One last question. What was the moment that you knew you needed to be a part of this?

Nya: The day after Trayvon was murdered. I remember going to school and looking around and thinking, "How can people just go about their day like nothing happened?" I couldn't do that. So, I sat down, right in the middle of the hall, and some people laughed and kept walking by, and then a few kids sat down with me, and then Mr. Johnson, the history teacher, sat down. And in the end, there were 50 of us sitting there, talking about what happened. That's the day I knew. Sometimes I still feel like that little girl who's sitting on the floor. Like half the world is laughing at me, and the other half is just walking by. There is this armor that we have to wear just to get through the day, and every time another innocent black person is killed, that armor gets heavier and heavier. But I've seen what can happen if we just keep showing up. Things can change.

Is it really accurate to say “innocent” black people are being killed when several of the cases BLM has championed involved circumstances where the suspects were resisting arrest, fighting with police officers, brandishing weapons, and/or putting officers and the public at risk? (Hint: The answer is no.)  In one case, the officer was saving the life of a black woman from another who was about to stab her, yet he still was accused of being a racist murderer. It’s officers like him who are the truly innocent ones.

Before the interview with Nya, Rome told Tyrell that the story often doesn’t reveal itself until the editing process. As the two review the footage of Nya, Rome, who suffers from depression, realizes that the angle should be about the emotional toll that black Americans are feeling:

Nya: That's the day I knew. Sometimes I still feel like that little girl who's sitting on the floor, like half the world is laughing at me, and the other half is just walking by.

Rome: You see that right there?

Tyrell: Yeah, I get it. That's why you told me not to stop recording. You're an amazing teacher, and I can only benefit from your tutelage. I mean, the whole ride home, you were talking …

Rome: No, no, no. That's not why I paused it. Although that's true. I am a gift to filmmaking. But no, seriously, I paused it because I just realized something. You know, while everybody's becoming more aware of the physical scars that have been imposed on the black community, what they're not seeing are the emotional ones, them eating away at our sense of self the entire time, like what Nya was talking about, right? The hidden damage of having to always carry around your armor. When I was at my lowest, I felt like no one could understand how worthless I felt. I mean, of course, now, you know, I see that I'm not alone. There's a world of people out there who feel the same way. That's our angle. The impact of what's been going on for all these years have had on the mental health of black Americans, and that this movement is not just about telling the world that black lives matter, but reminding ourselves that our lives matter, too. You get so caught up in trying to maintain your physical safety, that you just...you end up convincing yourself that those other things don't matter, Bro, but they do. They really do. That's what our documentary should be about. 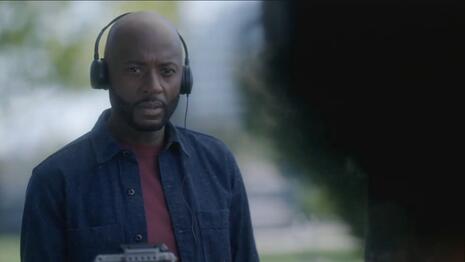 No doubt black Americans are suffering emotionally and mentally. Fear sells. And as long as fear sells, the mainstream media, organizations like BLM, and leftist Hollywood shows like A Million Little Things will continue trying to convince black Americans that they need to be afraid. (The same thing is happening to Asian Americans now, too, which this show also capitalized on.)

And while people of color are suffering in mental anguish because of this manipulation, one of BLM’s founders is enjoying the high life by purchasing a ritzy, million-dollar home in L.A., her fourth property purchase in total, and is checking out exclusive, elite, celebrity-favorite real-estate in the Bahamas.

Whether she used BLM donations or not to make her purchases (a claim she denies but won’t be verifiable until BLM files their first public tax documents next year), she has definitely profited financially from her connections to the organization through book deals, public speaking engagements and an exclusive deal to create content for Warner Brothers, just to name a few opportunities that have come her way because of BLM.

We can only hope that more people will begin to wake up to this blatant manipulation and push back against it. Until then, the fallout of riots, looting, businesses being burned to the ground, hate and racial divisions at an all-time high, police being harassed and even killed as they’re all labeled “bastards” (ACAB), and people living in unnecessary fear, is all very depressing, indeed. No matter what color you are.

Conservatives Fight Back! This episode was sponsored by Geico and AT&T. Click each advertiser for their contact information so that you can let them know how you feel about this episode!