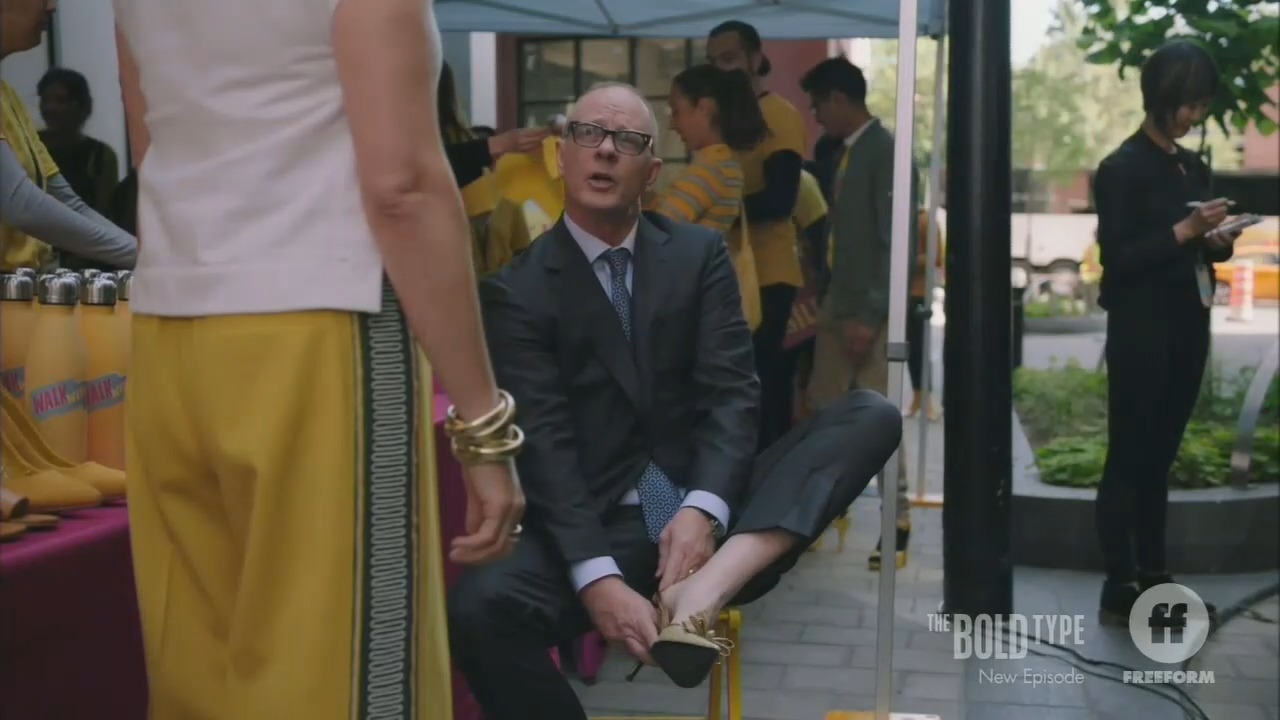 As we usher in the new year, we also get to usher in Hollywood’s many liberal shows that have come back from their winter break. Freeform’s The Bold Type is definitely at the top of the list of leftist agenda-driven shows, and Thursday’s episode “Legends of the Fall Issue” was no exception as the conservative white male characters get put in their place (once again) by the younger, woke social justice warriors.

When we last saw The Bold Type, editor of “Scarlet” magazine, Jacqueline (Melora Hardin), defied the publication’s board members and sent an issue out for publication that the board had explicitly forbidden. On Thursday’s episode, we see the fallout from that decision - Jacqueline has been fired and the forbidden issue has been embargoed.

RJ is the head of the company and board that made the decision. As he explains to Kat, “'Scarlet’ is not a passion project. It’s a business. It survives because companies like Western Denim and Define Cosmetics pay millions of dollars of advertising to it. Do you think middle America wants to see a photo spread of lumberjacks in ballgowns? Do you think they want to be told their favorite jeans contribute to climate change? They don’t. This bubble you all live in downstairs, it is not the rest of the world.”

Main characters Kat (Aisha Dee), Sutton (Meghann Fahy), and Jane (Katie Stevens), all of whom work for “Scarlet,” decide to break into the printing facility to steal a few issues of the embargoed edition. When the contents end up being leaked to the press soon after, the girls discover that “middle America” supports the embargoed issue, as comments pour in online from women all over America in defense of it. They decide to use this to persuade Scarlet’s main advertiser to stand behind the edition and help to get Jacqueline rehired, as Kat gives the old, white, conservative board a talking to:

Kat: We live in a fast-paced, high-tech world with short attention spans. So how do you make an impression when no one's paying attention? You stand for something-- or, in some cases, you kneel. Nike kneeled with Colin Kaepernick, and their sales spiked 31%. Gillette took a stand against toxic masculinity, and the response was tremendous. And, you know, they did this not just because it was the right thing to do, but also because... You know, it just made sense for their bottom line. And it turns out I'm not the only one who feels this way. I'm sure you remember Josh Blagg from Defined Cosmetics, one of "Scarlet's" biggest advertisers with a huge emphasis in Middle America. Turns out Josh agrees.

Josh: We had reservations, but Kat made a compelling case with the online reaction to the pages. We might have been too cautious.

Kat: I took a look at "Scarlet's" social this morning. 92% of our mentions are negative. Now, it's no secret we're the number-one magazine at this company, but right now we're not losing advertisers as much as we're losing readers. Staying number one is not a given.

Richard: We can't afford a pr disaster right now, and it'll get worse when we announce Patrick's hiring.

Kat: I have a thought. We release the embargoed issue, save the printing costs, and announce that Jacqueline will resume her duties as editor in chief immediately. Now, I know there was a game plan, RJ, but it wasn't working. Kind of seems like maybe the bubble you live in is bursting.

Kat: Okay. Thank you. Should we get lunch? - That's a great idea.

This isn’t the first time Kat has put those evil, conservative, white men in their place and I’m sure it won’t be her last. #eyeroll RJ ends up caving and sheepishly approaches Jacqueline at a “Walk with Her” march against domestic violence to tell her he was wrong and that he’d like her to come back as editor of the magazine. But Jacqueline has a few conditions first, one of which is obviously meant to humiliate RJ:

Jacqueline: RJ. It's nice of you to come out and show your support.

RJ: Oh, your assistant said if I wanted to talk, I had to come to you, so here I am.

Jacqueline: Well, I have a couple of conditions. I need your word that all of my employees' jobs are safe.

RJ: Wait--those three broke into a warehouse. I have video...

Jacqueline: And they made your asset, "Scarlet" magazine, better.

Jacqueline: One last request, and we have a deal. March with us.

Jacqueline: Make the time. I really appreciate you being an advocate for women, RJ.

Darn those old, foolish, bumbling conservative, white men and their toxic masculinity! Good thing they have the woke women at “Scarlet” to help put them in line and show them the light! /sarcasm