Freeform’s comedy grown-ish[sic], a spinoff of ABC’s black-ish, surprisingly poked a little fun at gender identity and queer performance art on Wednesday’s episode, “Body Count,” with one character remarking, “I have no idea what you people are saying,” as his lesbian friend tries to insult him by calling him "privileged, cisgendered, and heteronormative."

As main character Zoey (Yara Shahidi) and friends check out her boyfriend’s art exhibit, an argument ensues between the couple, making Zoey’s friends uncomfortable. Her friend Nomi (Emily Arlook) decides to step away by saying she’s going to check out the “queer performance art at Titanium,” which leads to some pretty funny banter between Nomi, Aaron (Trevor Jackson) and Ana (Francia Raisa):

Nomi: You know what? There's a lot of other stuff to go see. I'm gonna go check out the queer performance art at Titanium.

Aaron: Hard pass for me.

Nomi: Oh. You actually weren't invited. This is about me exploring my own community without your privileged, cisgendered, heteronormative gaze.

Aaron: I have no idea what you people are saying.

Nomi: Here, let me translate for you. M'byeeeee!

Things get even more comical as Nomi enters Titanium, and is met by a greeter offering her a pronoun pin:

Nomi: Is that --Do people have them on?

Guy: It's a way to let everyone know your gender identity without having to say it every five seconds. Plus, we love swag.

Nomi: We/us sure do! That was stupid. Ugh. Sorry. I-it's my first time.

Girl: Most, if not all, of you here have a coming-out story. Some share it in film, some in poetry. I'd like to share my experience in a song. (Screaming) 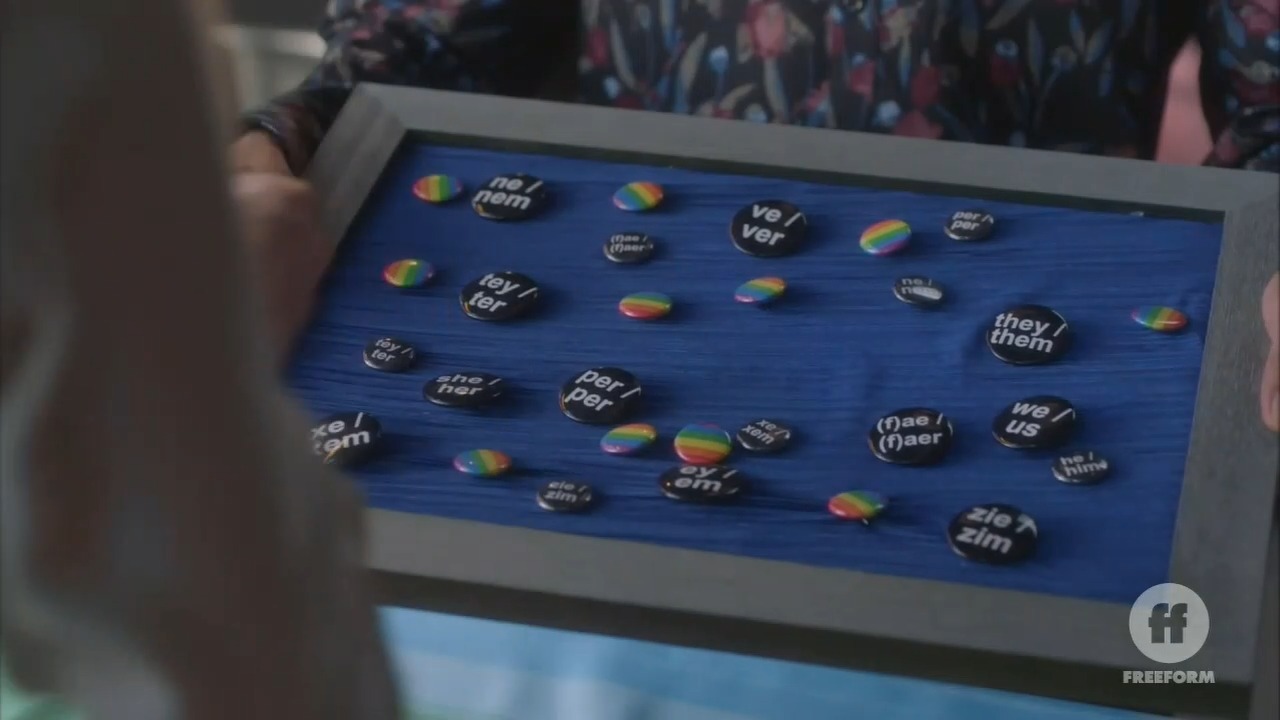 The screaming performer was even more hilarious in a later scene, screaming, “Sorry, Mom and Dad! Sorry I couldn't be your perfect little princess!” It was even too much for Nomi who walked out.

The show also gave a nod to the Bush/Cheney campaign in a baby photo that Ana posted on her Instagram: 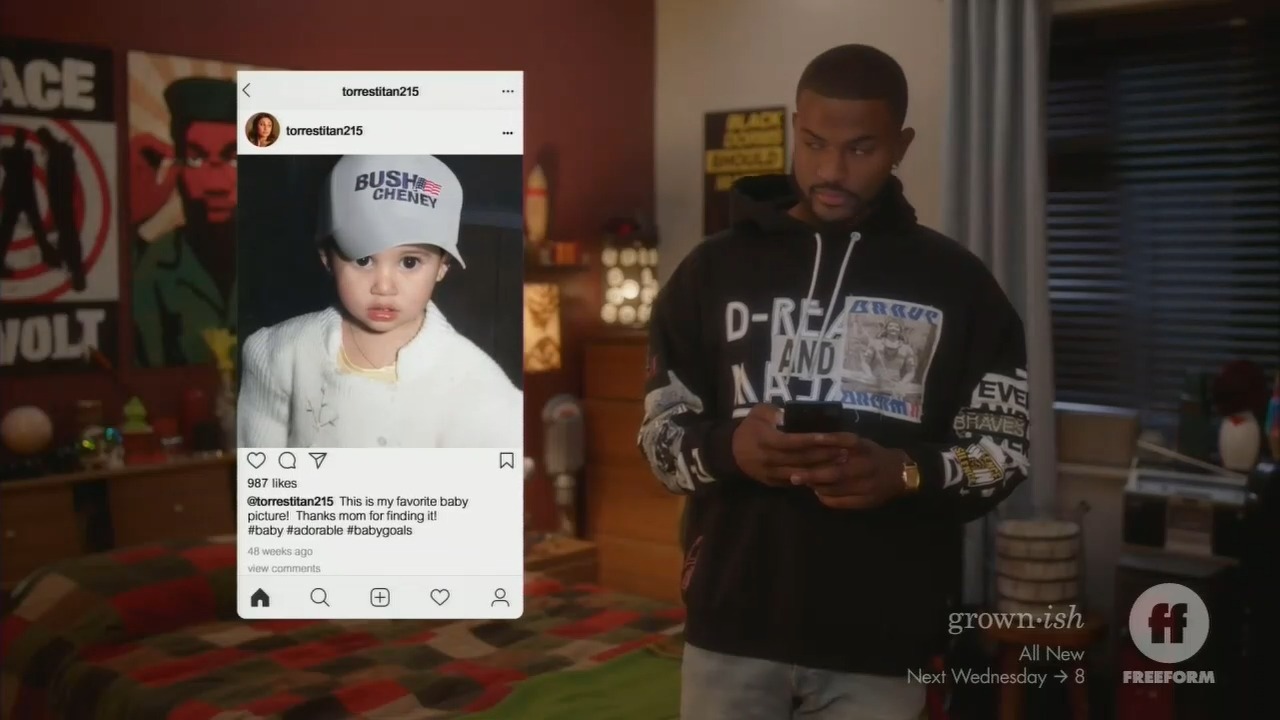 According to her character wiki, she was raised Catholic and is a Republican who voted for Obama…of course. #eyeroll They’ll only go so far in throwing conservatives a few bones, apparently. But at least they throw some, like the ones in this hilarious episode. Which is more than can be said for most other Hollywood shows, especially on the liberal Freeform network.