NBC’s ‘Will & Grace:’ Marriage is ‘Weird Thing’ Invented by Straight Men to ‘Own Women’ 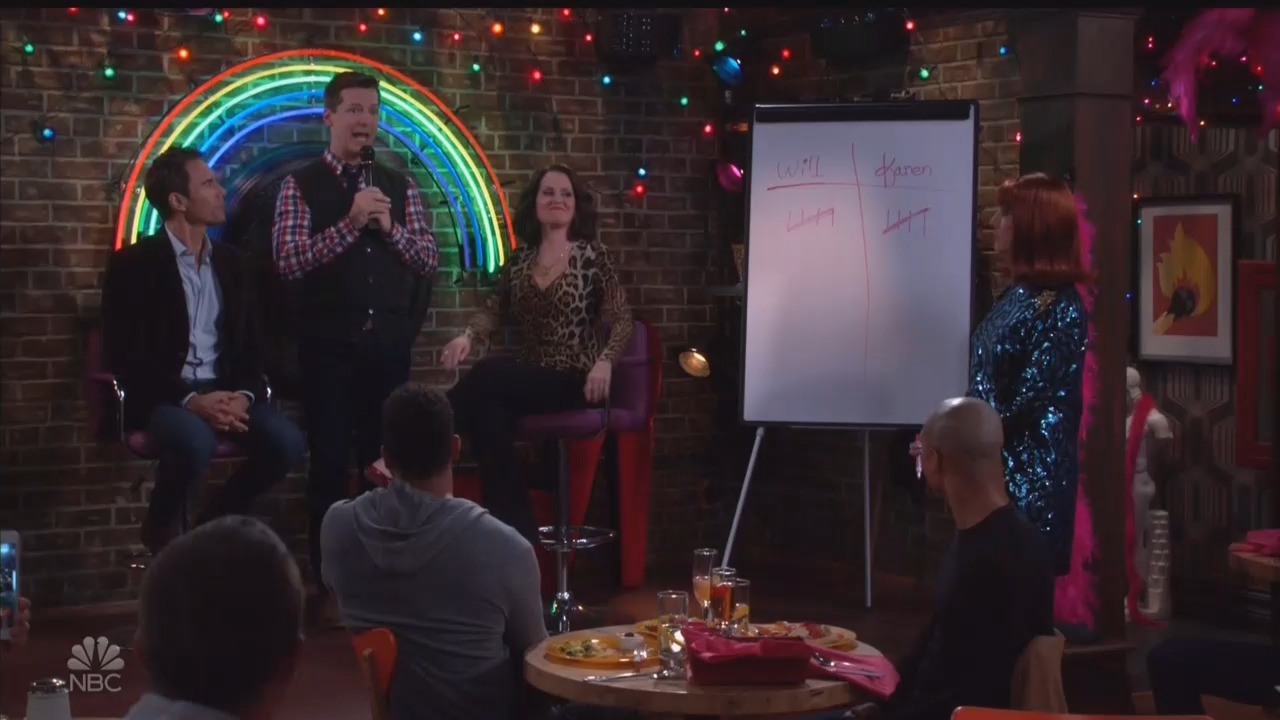 With less than a week until the midterm elections, NBC’s Will & Grace saw fit to poke fun at First Lady Melania Trump, insinuating she’s being held prisoner in the basement of the White House and trying to “tunnel her way out with the heel of her Jimmy Choo.” They also had gay character Jack (Sean Hayes) get a dig in at marriage, stating that it’s “just some weird thing straight guys came up with as a way to own a woman,” adding, “we got gay marriage, but let’s make marriage gay!”

Jack is engaged to be married to his male love interest and is at a gay bar with best friends Karen (Megan Mullally) and Will (Eric McCormack), celebrating with an engagement brunch. When the bill arrives, Karen and Will argue over who should pay it, which leads to Will’s dig at Melania.

Although he didn’t name names, given that Karen is the show’s conservative caricature, and that the media love to both vilify the first lady and fantasize that she hates her husband and life in politics, it’s obvious who Will was referring to.

Karen: Oh, Wilma, no. I'm paying. My best friend is getting married.

Will: My best friend is getting married. Your best friend is in the basement of the White House, trying to tunnel her way out with the heel of her Jimmy Choo.

Later, Karen and Will get into another argument. This time it’s over who should be Jack’s “best man.” It turns out, Jack invited both to play the role because he didn’t want to hurt either’s feelings. When the argument begins to get out of hand, Jack slams traditional marriage and proclaims, “Let’s make marriage gay!”

Jack: Why are we fighting over who's best man? Isn't marriage just some weird thing straight guys came up with as a way to own a woman? And sure, it'd be great to own a woman. You know, to open jars... Or to hold your purse while you and your boyfriend go on the Ferris wheel. But we are gay men! We make our own rules! I say, let's reinvent marriage. Yeah, rip it apart. Take off the sleeves, fringe the bottom, and crop the top! So, here's my new rule. I'm gonna have two best men. Because, yeah, we got gay marriage, but let's make marriage gay!

Which sort of begs the question, if marriage is “just some weird thing straight guys came up with as a way to own a woman,” why did gays fight so hard to earn the right to it?