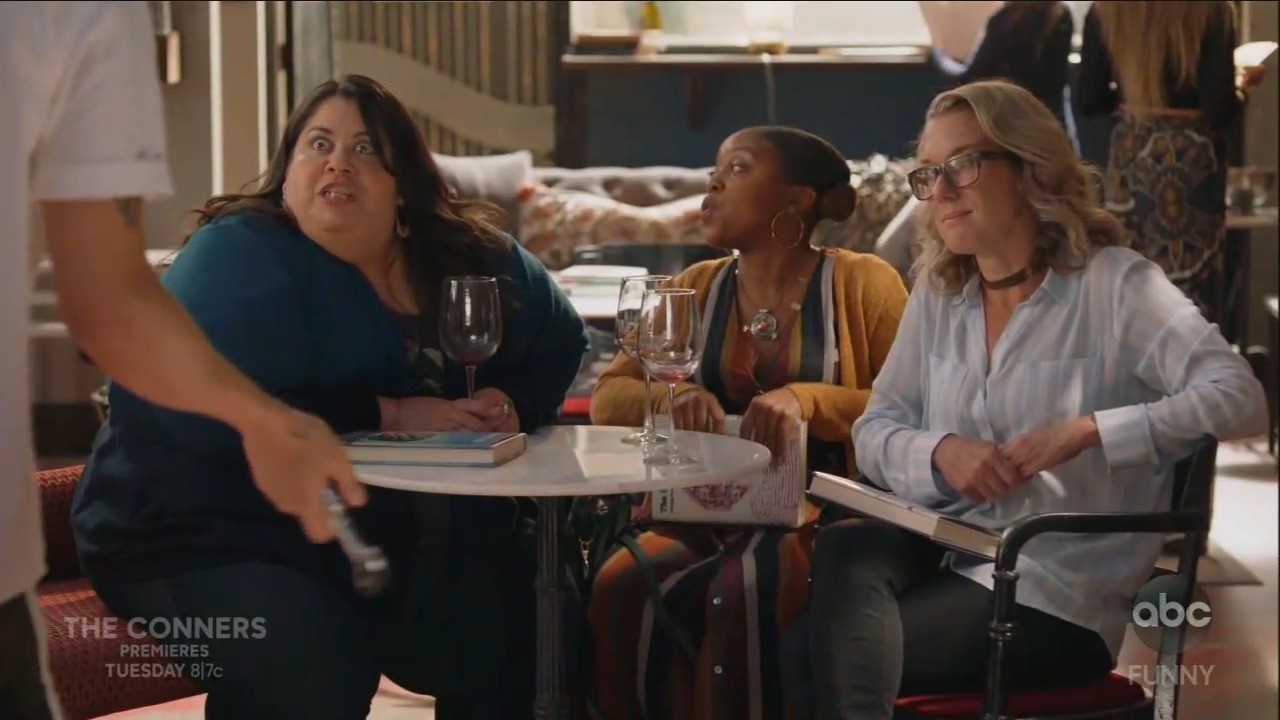 In a rare move for a network sitcom, ABC’s new comedy Single Parents poked fun at feminists and the Women’s March in Wednesday’s episode, “A Leash is Not a Guinea Pig.” The show focuses on a group of single parents whose kids are all in the same class as the parents lean on each other for support through the challenges of raising their children.

Single mother Poppy (Kimrie Lewis-Davis) is the owner of a wine bar called the Winebrary, and she offers a job to single dad Miggy (Jake Choi) as a favor to him. On his first day, Miggy meets a group of feminist regulars at the bar who don’t like to be called “a group,"  Poppy warns him, “They identify as a collective,” who call themselves the “Winebrarians.”

When the Winebrarians see that a man is working at the bar, things get a little heated. “You hired a man?!” one asks Poppy. “Did he make you do this?” asks another. While the third woman warns Miggy, “You better not hit on us!”

Poppy tells the women that while she knows the Winebrary has a “feminist mission,” that they still need “male allies.” Miggy is a bit of a goofy dunce and when he can’t figure out how to work a corkscrew to get a bottle of wine open to serve to the Winebrarians, he begins to think of distractions so they don’t realize he hasn’t poured their drinks yet. That’s when he brings up a topic he knows they’ll love…the Women’s March. He also gets some help from young Sophie (Marlow Barkley) who decides to distract them further by telling them she wants to be a (gasp!) princess for Halloween:

Miggy: So, I understood the first Women's March, but what was the second one about?

Woman 1: The organizers didn't have the resources!

Woman 3: I don't know, but the third one is coming straight to your house.

Miggy: I'm gonna watch this "Corkscrews for Dummies" video on YouTube one more time and just pray for a miracle.

Sophie: You do that, and I'm gonna go use my best method of distraction. I'm thinking of being a princess for Halloween. Thoughts?

Woman 3: Do you want to make change in the world? Oh, honey, sit.

When the women finally realize they haven’t been served their wine, one worries, “Are you ignoring us because you don’t see us as sexual beings?” despite having warned Miggy not to hit on them. A perfect example of feminist double standards.

Funny stuff, and quite unexpected from a network comedy, especially joking about the Women’s March. That’s like blasphemy in Hollywood! Maybe this show has some potential. Although the writers did have one of the kids say they believe God is a woman. So, there’s that. I guess we can’t get our hopes up too high.