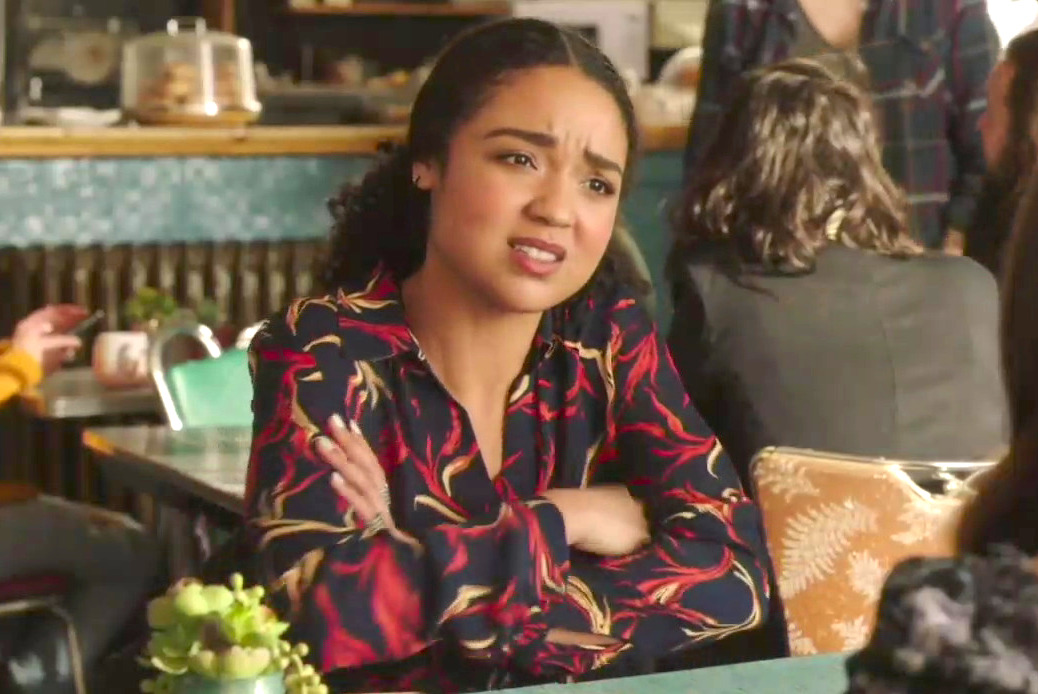 Freeform’s teen dramedy The Bold Type took on the issue of affirmative action and diversity in the workplace in Tuesday’s episode, “Stride of Pride.” Given the network’s extremely liberal bent, you can probably imagine which side of the controversial topic the show defended while shaming a main character for not “checking her white privilege.” All amidst a backdrop of gratuitous sex scenes and a story pitch on "How to Turn Your Walk of Shame into a Stride of Pride."

The show focuses on three young women, Kat (Aisha Dee), Sutton (Meghann Fahy) and Jane (Katie Stevens), who work for fictional Scarlet magazine, save for Jane who left for another writing job that didn’t pan out and is now currently unemployed.

The main liberal lecture on Tuesday’s episode was all about affirmative action as Jane’s friend Ryan (Dan Jeannotte) tells her he has a friend at Yes, Girl! magazine who’s looking for recommendations for a new opening. Jane fits the requirements for the job and Ryan offers to put in a good word for her.

Meanwhile, back at Scarlet, Kat is looking to fill an opening in the social media department. She’s frustrated because all the resumes she’s come across are the same: “Ivy League college, great internships, letter of recommendation,” which is “exactly what my resume looked like,” Kat bemoans and she decides to put out a message on Twitter to find “some new voices.” “It's as democratic as it gets,” she declares, “except for the Russian bots, but I can weed them out.”

Later, Kat is perusing the Twitter page of a girl named Angie who responded to her call for submissions and she comes across a tweet that catches her eye. “Oh, hey, check this one out,” Kat says to Jane and Sutton. “‘@Scarletthemag, love 'Hot Hairstyles for Spring.' But boxer braids? Come on, those are cornrows, and Kim K did not invent them. #CulturalAppropriation.’" Kat says the girl has a “crazy number of followers and her Insta’s even better,” so she’s “gonna bring her in” for an interview.

At the same time, Jane finds out she landed an interview herself at Yes, Girl! But after she meets with the magazine, Ryan informs her that she didn’t get the job even though they “loved” her because the magazine is “making a big diversity push right now.” When she glumly shares the news with Kat and Sutton, Kat says, “But that's a good thing, though, right? You know? That Yes, Girl! is doing that, it's kind of like what I'm doing, trying to hire other voices.”

Jane says that Kat’s efforts are important but that it “just feels really unfair,” and that she feels like she would have gotten the job otherwise. Kat asks, “So you're all for diversity as long as it doesn't affect you?” Jane asks Kat, “Why are you acting like I’m being racist?” Kat argues that she never said the word “racist,” and the three girls walk home with tension in the air.

Jane and Kat meet the next day to discuss their disagreement, and Jane gets a lecture on her “white privilege:”

Kat: Jane, I know you're not racist, okay? But I do feel like some of what you said was kind of, uh, problematic.

Jane: Okay, and what exactly did I say that offended you?

Kat: Don't you think that complaining that you didn't get a job because you're white sounds a little like, white privilege-y?

Jane: I didn't get a job that I was perfect for, because I'm white. I was just stating a fact.

Kat: But how do you know that whoever did get the job wasn't more perfect? The fact that you assume they only got it because of some diversity handout makes you sound entitled.

Jane: And coming from someone who lives in their parents' loft and has never paid a bill in their entire life, that's pretty rich.

Kat: It's actually not about me, though.

Jane: Okay. Do you know what happens to me if I leave here and get hit by a cab? 'Cause with no insurance, no money, crazy student debt, and no help from my dad, I sure as hell don't. So yeah, excuse me for being pissed that I didn't get a job that I know I can do because of something completely out of my control.

Kat: Yeah, welcome to the entire existence of people of color, Jane. How many times have you walked into a room of mostly white people and you don't even think about it? 'Cause I think about it. It occurs to me.

Jane: Why have you never brought this up before?

So, out of curiosity, what would Kat’s type of privilege be called? The kind that allows her to live in her parents’ loft, with no bills to pay, and to be able to work at Scarlet because her father got her an internship. She’s biracial, so is that all just from her white heritage and just more white privilege at play?

Kat ends their discussion by telling Jane that she’s going to land on her feet. But that won’t be possible if every job she applies for hires people based on the color of their skin rather than the content of their resume.

Kat heads back to Scarlet to speak to Richard (Sam Page) who serves on the Board of Directors. She pleads with him to help get Angie hired despite her lack of a degree. “I mean, she's amazing,” Kat tells him. “She's smart, refreshing, and hungry. Who cares if she didn't finish college?” “The people that pay her salary, evidently,” Richard answers.

Kat tells him that she’s been doing a lot of research and that “policies like this are the reason why even places like Scarlet that are so progressive are still predominantly white.”

“Like, for the most part,” she continues, “college entrance exams are racially and economically biased, and then, those kids face the issue of actually affording college, which, by the way, is what happened to Angie. I mean, she made it into school; she just couldn't keep paying for it.” After a bit more coercing, Richard agrees to have Kat bring Angie in to speak to the board herself:

Kat: We're about to walk into a room with a lot of old dudes. You ready?

Angie: As long as you don't tell me to picture them naked.

Kat: You're gonna crush it.

Richard: Thanks for waiting, guys. Here she is!

Board Member: We're running behind, so we can only give you five minutes.

Kat: Five minutes is all I need. Thank you, Richard. This is Angela Flores. She lives in Brooklyn, works as a receptionist, and she has 16,458 Twitter followers with an engagement rate of 76%. Now, just to put that in perspective for you guys, Scarlet currently has an engagement rate of 43%. She has a younger demo, and her numbers keep growing. But her application to work with me in social media was recently rejected. Why? Because she doesn't have a college degree. And I think that's a mistake on our part. Angie?

Angie: Good day. Kat is correct, I didn't finish college. But while other people were going to class and rushing sororities, I was answering phones and scrolling through social media. It was my community. It's how I found my voice. And I mean, I know what you guys must be thinking. "Here's another millennial talking about how every voice deserves to be heard." But the numbers speak for themselves. People like my voice. So yeah, I didn't finish college, but once I'm hired, that won't matter. What does matter is my love for Scarlet and ability to reach people you wouldn't have otherwise reached. 'Cause if I do that, you guys win too. I'm talking about making you guys money.

Does this, “We’ll show those stupid, old, white men a thing or two,” performance seem familiar? Of course, Kat and Angie triumph in the end and Kat is given permission to hire Angie despite her lack of a degree. And while the board refuses to change the company’s blanket policy concerning the degree requirement, they do agree to lift the rule for Scarlet only. 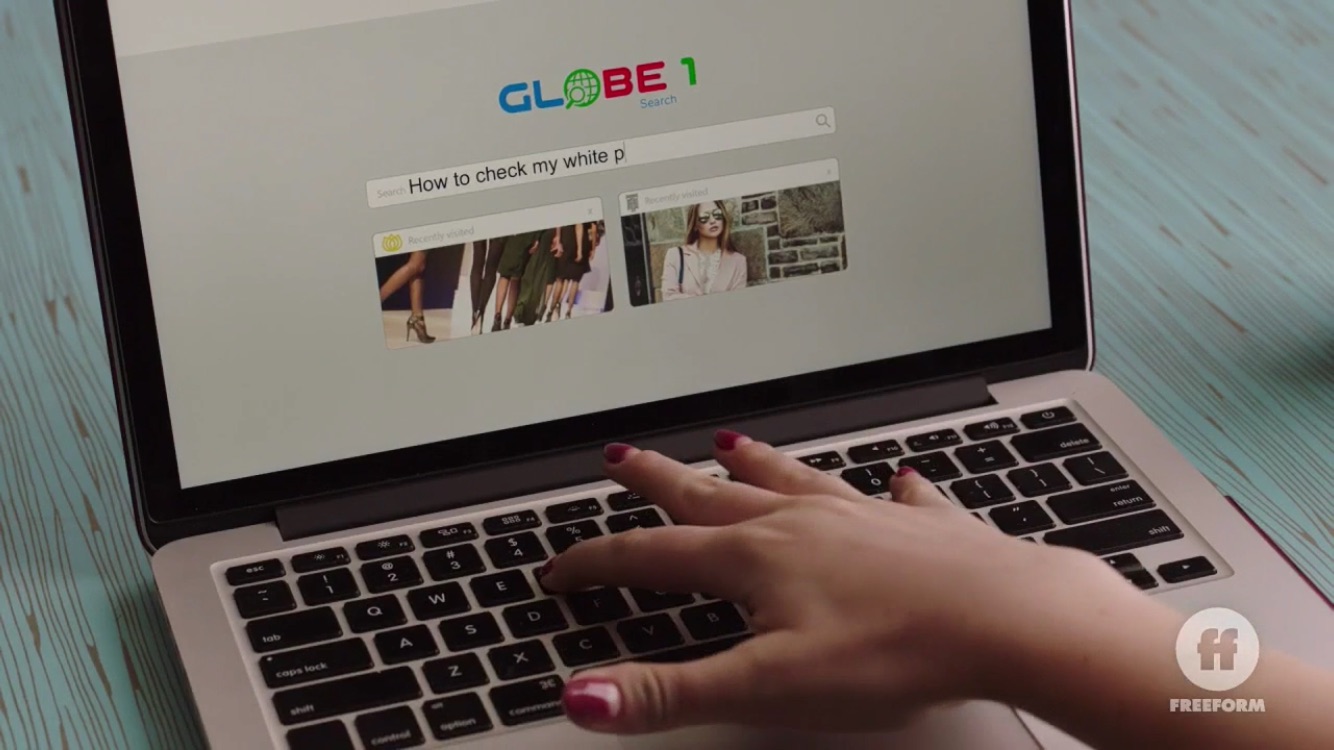 Kat also triumphs over Jane’s supposed ignorance as Jane asks, “Is there a bottle of wine that says, ‘I have not examined my white privilege, and I'm sorry?’” (This after she literally searched "How to check my white privilege" online.) I don’t know, Jane. Maybe there’s one that says, “You have every right to feel upset if you lost out on a job you were more qualified for because of your skin color.”

Jane ends up apologizing to Kat in person and all is well in the world of Freeform once again.

Freeform, as you may recall, was formerly known as ABC Family, but the name changed to Freeform in 2016 to appease a target demographic of viewers age 14 to 24 whom the network refers to as “Becomers.” Their research supposedly showed that Becomers who weren’t watching the channel were put off by the word “family” because it felt “wholesome,” according to Entertainment Weekly. Per a longstanding agreement back from the days when it was the Christian Broadcasting Network, the channel still airs Pat Robertson's The 700 Club, but puts up a snarky disclaimer distancing itself from the show.

A promo commercial that’s currently running on Freeform, set to the song “The Future is Female” by Madame Gandhi, (You’ll seriously want to check out that link as well as the lyrics. They alone speak volumes.) will give you a pretty good idea of what type of agenda they have in mind for viewers, who they'd clearly love to start brainwashing when they're just babies.

It’s no wonder The Bold Type is such a hit with Freeform, as it does a great job at avoiding anything wholesome.

I may not fit into the Becomers’ age bracket, but I am becoming more than annoyed with attempts to indoctrinate children with this liberal nonsense.