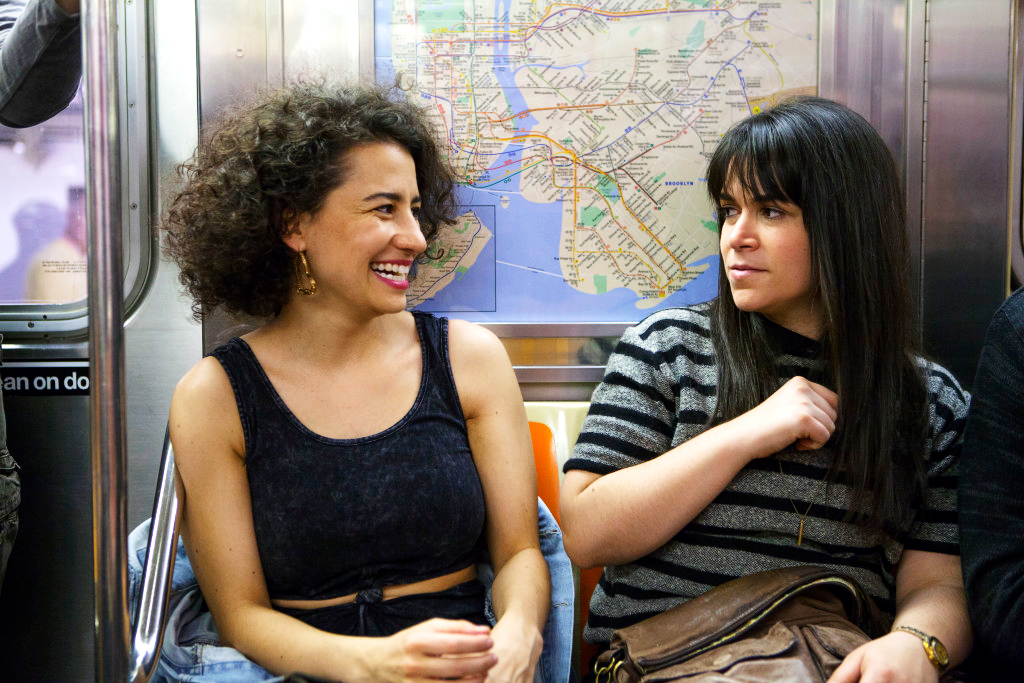 Comedy Central’s Broad City is known for its outrageously inappropriate humor. But Wednesday, October 26th’s episode, “Witches,” went beyond outrageous into extremely bizarre and depraved. One thing is clear after watching this shockingly vulgar episode…Broad City does not care about or welcome conservative viewers.

Main character Ilana Wexler (Ilana Glazer) visits sex therapist Betty (Marcella Lowery) to help her overcome her inability to orgasm. While talking to her vagina, as Betty instructs her to do (Ilana names her vagina after her best friend Abbi), Ilana discovers that President Trump is to blame for her lack of orgasms for the past year:

Ilana: Abbi, I... I know it's not you. It's me. I increased my dosage of antidepressants. And I've also just been more anxious and depressed, this whole disgusting, gross year. And now I have dead pussy. (Voice-over) Dead pussy. Dead pussy.

Betty: Oh, good. Let it out, Ilana. You're not alone. Orgasms have been down 140% since (bleep) was elected. Ugh! It's been horrible for everyone. Great for me, though. I'm technically the only small business owner that that human skin tag has ever helped.

Wow, right? Did you notice they decided to show Trump hugging his daughter Ivanka after the hug quote? Talk about “disgusting” and “gross.”

Did you also notice how President Trump’s name was bleeped out like a curse word? That was no accident. In fact, the show’s creators have developed a “T*#&p-No-More” Chrome browser extension that will bleep out Trump’s name “whereva ur surfing on the web.”

Y'ALL!! introducing our T*#&p-No-More browser extension-- it bleeps out his name whereva ur surfing on the web. pic.twitter.com/5sLmUdpzkQ

Though this is supposed to be a comedy, the extension is no joke, as one user posted on Twitter that they love their extension, and included a screenshot showing Trump’s name changed to Tr**p on their computer screen: 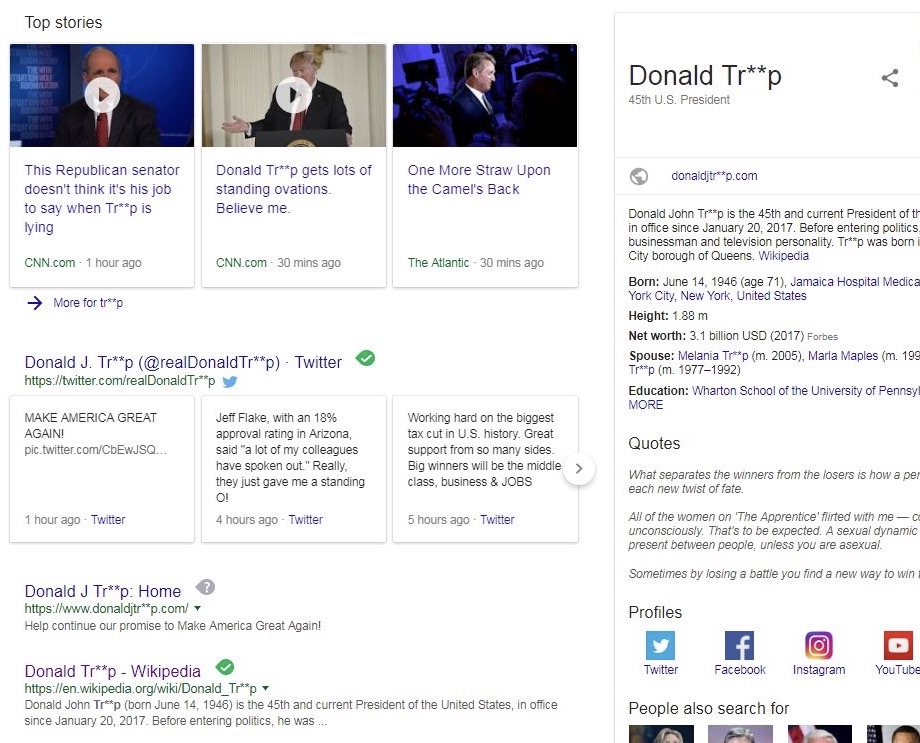 If you thought the above clip was disturbing, brace yourself. It gets worse. Far worse.

Betty: Push through. Tap in. You are powerful. You are woman.

Michelle Obama (clip): When they go low, we go high.

Told you. Nice added dig at Vice President Pence. At least they didn’t bleep his name out. This is supposed to be "going high?" Think again, Broad City. This is pretty low. Disgustingly low. And this takes Trump-blaming to a whole new level. "(Bleep)-related pussy constipation" is how Betty the sex therapist put it.

Of course, there was a side story that paid homage to the left’s almighty god Planned Parenthood as well in this episode as a character mentions needing Thank You cards for a Planned Parenthood fundraiser. I don’t know what brand of feminism all of this is supposed to be, but it’s not mine, nor any woman’s that I know of, and it’s definitely not anything I’ve ever taught to my daughters.

It’s as if liberal feminists feel they must imitate the worst male stereotypes - cursing, aggressiveness, brashness, and sex obsession, to be equal to men, rather than celebrating what sets us apart. There’s nothing wrong with femininity, modesty, or gentleness. Honoring those traits doesn’t make us weak. It’s far more empowering than painting women in this crass and vulgar light.

We don’t have to be like men to be strong. We don’t have to sacrifice our children at the altar of Planned Parenthood to be successful. And we certainly don’t have to disparage and disrespect our president in such a lewd and profane manner to make a political point.

I fear for my daughters’ futures if this is the kind of feminism they will have to live with.