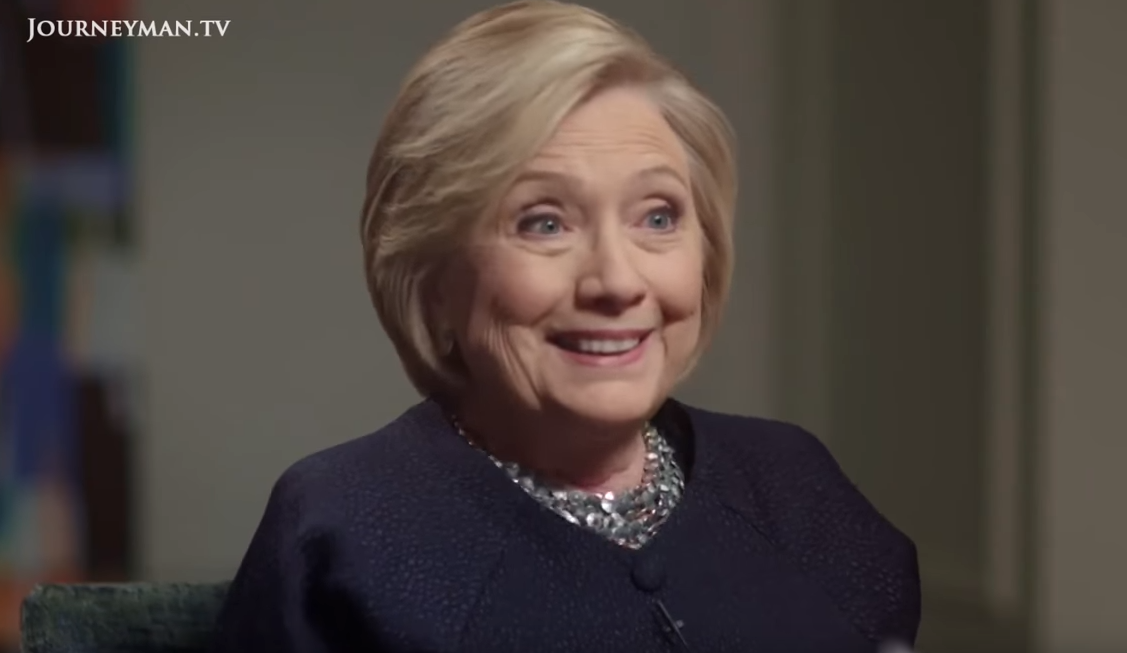 There’s no such thing as a participation trophy for the left. So they have to make something up.

The Women’s Media Center (WMC), founded by lefties Gloria Steinem and Jane Fonda, created an award this year for the sole purpose of having something to give to Hillary Clinton: the Wonder Woman Award. The press release reads like a remnant of the failed Clinton campaign of 2016: “The Women’s Media Center is presenting its first—and only—WMC Wonder Woman Award to Clinton as she is a hero to millions in the United States and around the globe for her extraordinary accomplishments and public service.”

The announcement came two days after The Hill broke a major story about a Clinton Russian connection. The story revealed that the FBI “had gathered substantial evidence that Russian nuclear industry officials were engaged in bribery, kickbacks, extortion and money laundering designed to grow Vladimir Putin’s atomic energy business inside the United States, according to government documents and interviews.” In addition, an eyewitness account admitted that Russian nuclear officials sent millions of dollars to the U.S. to be given to the Clinton Foundation.

But that won’t stand in the way of the left-wing celebration. On October 26, Hillary Clinton will stand with the rest of the WMC honorees, which include actresses Jane Fonda and Ashley Judd. Apparently, nobody reads the news.

Gloria Steinem is a pro-abortion feminist who was a journalist, but is now simply a full time activist for radical feminism.

Steinem, a long time Hillary supporter, wrote in the announcement, “Hillary Clinton’s actions have inspired and protected women and men on every continent. She has battled negative forces and helped to maintain a fragile peace with her negotiating skill on behalf of this country and peace-seekers everywhere. She has handled all this with grace, grit, determination, integrity, humor, and fortitude while remaining a steadfast feminist, advocate, activist, sister and tireless leader in the revolution. With this award, the Women’s Media Center declares Hillary Clinton our Wonder Woman.”

Does maintaining a fragile peace include allegedly making back-door deals with Russia over uranium? Just wondering.

Who knows how Harvey Weinstein victim Ashley Judd must feel about being honored with her “nasty woman” idol Clinton, especially in the wake of the news that the Clinton Foundation will not return the $250,000 in donations made by the sexual predator. But all this will be ignored, at least in Steinem’s narrative about the “tireless leader in the revolution.”

Even Jane Fonda, who two days ago remarked that “men like Harvey Weinstein should go to jail,” ignored the elephant in the room and instead sang Clinton’s praises. She wrote in the announcement, “I’ve known Hillary for decades and I was proud to be at the historic UN Conference on Women in Beijing when she made her groundbreaking speech, ‘Human rights are women’s rights and women’s rights are human rights.’ Over the years I’ve watched her break glass ceilings, champion women and girls, and fight for human rights domestically and internationally. I celebrate her fierce passion, compassion and dedication.”

The award’s name was most likely inspired by Clinton’s comments from earlier this year, where she compared herself to Wonder Woman in reference to the blockbuster film released this summer. The brutal irony of honoring a woman as Wonder Woman who voted against a ban on partial birth abortions, and defended an accused rapist even though it appears that she knew he was guilty, is something the left will never understand.