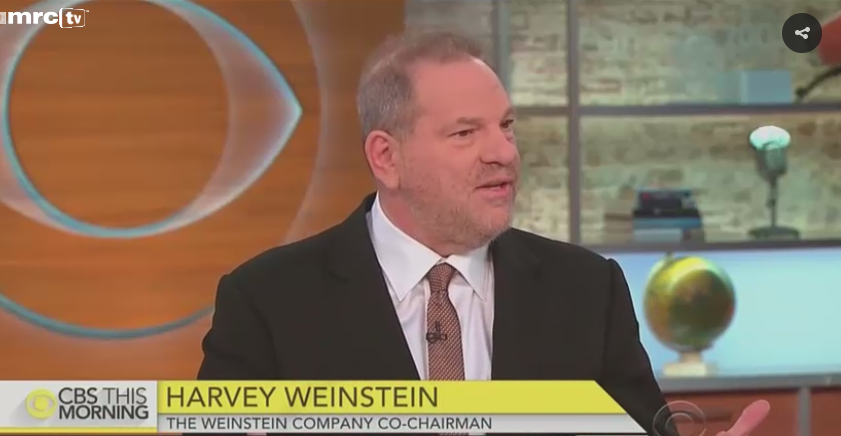 Despite all the liberal preaching, Hollywood has no moral boundaries.

Harvey Weinstein, the man who pushed feminism and social justice and who has been a major donor and player in Democratic politics and liberal causes, has just been accused of rape by three women who were interviewed by the New Yorker. Ronan Farrow reported, “Three women told me that Weinstein raped them.”  Farrow interviewed thirteen women total, who told stories of rape, assault, and inappropriate exposure and harassment, all committed by Weinstein over the past three decades.

Farrow also reported that 16 “former and current executives and assistants at Weinstein’s companies told me that they witnessed or had knowledge of unwanted sexual advances and touching at events associated with Weinstein’s films and in the workplace.” But that’s not all that happened to women who had the misfortune to work with the famed Hollywood producer. Four actresses told Farrow that after rejecting Weinstein’s sexual advances, he would have them “removed from projects or dissuaded people from hiring them.”

Farrow spent 10 months interviewing these victims, detailing the experiences of actresses like Mira Sorvino and Rosanna Arquette, who suffered from Weinstein’s creepy behavior, to actresses like Asia Argento, who claimed that Weinstein raped her. Farrow tried to compare the alleged behavior of Weinstein to that of Donald Trump and Bill O’Reilly, rape allegations are not quite the same as allegations of sexual harassment. In a court of law, rape is a much more serious crime than sexual harassment.

Ronan Farrow is the son of actress Mia Farrow and director Woody Allen. When his sister, Dylan, accused Allen of sexual assault, Ronan stood by his sister, penning an op-ed in her defense.

While the media has spoken out against Weinstein, much of liberal Hollywood has remained silent. Designer Donna Karan even defended Weinstein at one point, suggesting that women were responsible in some way. She told a Daily Mail reporter, “How do we present ourselves as women?" Karan said. "Are we asking for it, by presenting all the sensuality and all the sexuality? And what are we throwing out to our children today about how to dance and how to perform and what to wear? How much should they show? I don't think it's only Harvey Weinstein ... We have to look at our world ... And how women are dressing and what they're asking by just presenting themselves the way they do. What are they asking for? Trouble."

Later, in a statement to the Associated Press, Karan apologized. But much of Hollywood and many Democrat politicians who benefitted from Harvey Weinstein’s political donations have remained silent. Hillary Clinton and Barack Obama are currently under fire from CNN for refusing to speak out about Weinstein.

Weinstein donated $719,382 to Democrat candidates in the past three decades. He also threw a fundraising party for Hillary Clinton’s presidential campaign and gave Malia Obama an internship with the Weinstein company.