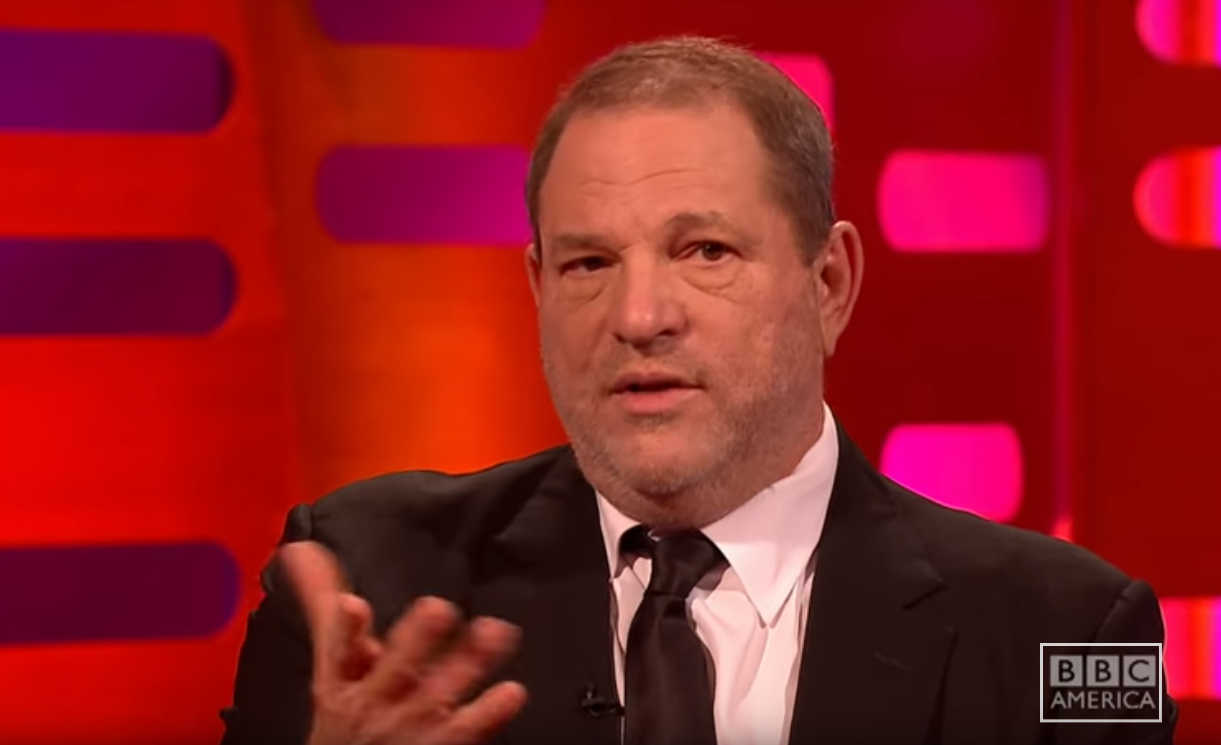 Liberals like to pretend sexual predators are never liberal themselves. Just ask Anthony Weiner about how wrong that is. The latest example involves Hollywood A-list producer Harvey Weinstein and allegations of nearly three decades of sexual harassment, according to The New York Times.

Weinstein has responded to the allegations by threatening to sue The Times for $50 million, and vowing to “channel” his anger at the NRA.

The millionaire Miramax producer gave $719,382 to Democrat candidates and PACs between 1991 and 2017 and only $2,400 to one Republican. $67,890 of the total was given after he was accused of groping a woman in March 2015. He also threw two fundraisers for Hillary Clinton’s 2016 presidential campaign -- one in October, 2015 and a second in June, 2016. A complete list of Weinstein's donations can be found at the end of this story. 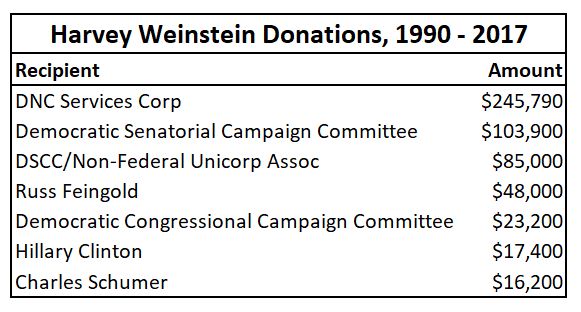 A bombshell report by The New York Times on Oct. 5, 2017, revealed sexual harassment allegations from women including Ashley Judd against Weinstein spanning nearly 30 years. During that time, Weinstein reportedly reached settlements with at least eight women. In the initial Times article, a lawyer advising Weinstein said, “he denies many of the accusations as patently false.”

“I came of age in the 60’s and 70’s, when all the rules are behavior and workplaces were different. That was the culture then,” Weinstein justified in his own statement to The Times. “I cannot be more remorseful about the people I hurt and I plan to do right by all of them.” He also announced he would take a leave of absence “to deal with this issue head on.”

Despite his justification and apology however, Weinstein is planning to sue The Times for $50 million because of “false and defamatory statements,” PageSix alleged on Oct. 5, 2017.

Several Democrats who received donations from Weinstein have tried to distance themselves from the scandal by promising to give those donations to charity, The Times reported on Oct. 6, 2017. The Democratic National Committee also called the scandal “deeply disturbing.”

But evidence of Weinstein’s alleged sexual harassment go back to at least 2015. And yet the DNC, House Minority Leader Chuck Schumer, Hillary Clinton and others accepted tens of thousands in donations since then ($67,890 to be exact).

Weinstein’s sexual harassment scandal was a “despicable open secret,” in March, 2015, according to New York Times senior book critic Jennifer Senior. Three days later Defamer, a blog run by Gawker Media from 2004 to 2015, asked readers to “Tell Us What you Know About Harvey Weinstein’s ‘Open Secret’.”

@jpodhoretz It's a despicable open secret.

Senior also prophetically said at some point all the women afraid to expose would have to “hold hands and jump.” She then linked to a Times report that Weinstein was questioned by police after a 22-year-old woman accused him of groping her breasts during a meeting in March 2015.

At some pt, all the women who've been afraid to speak out abt Harvey Weinstein are gonna have to hold hands and jump: http://t.co/cYRZxE7HZV

Evidence of Weinstein’s disturbing approach to sexual harassment and abuse goes back even further.

In 2009, Weinstein defended convicted child rapist Roman Polanski, who was arrested after violating probation and feeling to Paris. Weinstein, alongside more than 70 other Hollywood figures, signed a petition protesting Polanski’s arrest on child rape charges from the 1970s.

Polanski had been indicted for “sodomy, sex with a minor and rape by use of drugs,” in 1977 Rolling Stone reported in a Sept. 5, 2017, report. Polanski was 43 and his victim was 13. He served just 43 days in prison before “leaving the country out of fear that the judge would overrule his deal and put him back behind bars,” People Magazine reported in October, 2015.

“Whatever you think about the so-called crime, Polanski has served his time,” Weinstein said, defending the rapist in a Sept. 2009, Independent op-ed. “It’s a shocking way to treat such a man.”

None of that evidence was enough to deter Democrats like Schumer, Clinton, Richard Blumenthal, Elizabeth Warren or Al Franken from accepting donations from him.

Huffington Post Editor in Chief Lydia Polgreen declared that people who have “hobnobbed” with Weinstein, especially past presidents, have “serious soul searching to do.”

Every powerful person who hobnobbed with Harvey Weinstein, especially Presidents Obama and Clinton, has some serious soul searching to do. 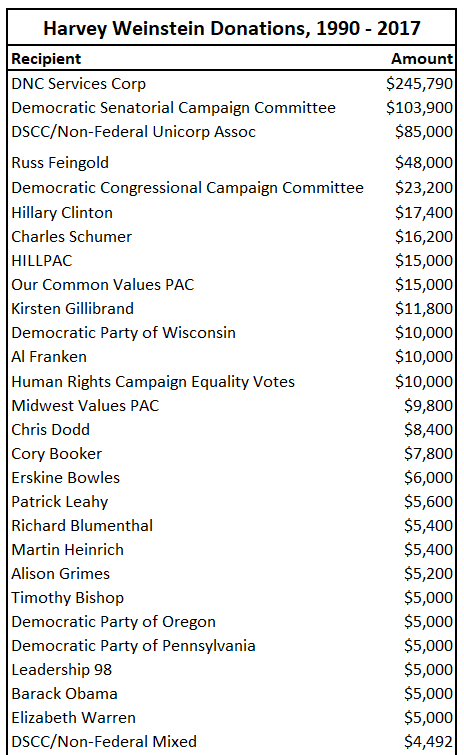 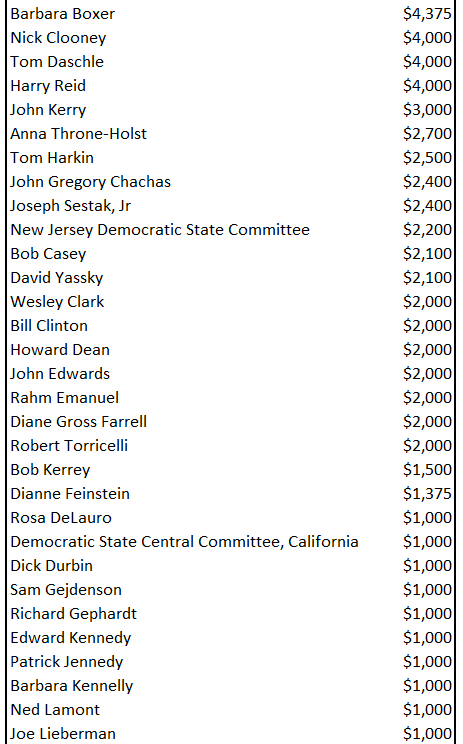