The overwhelming accusations of racism and hatred levied by Hollywood’s loudest (and most privileged) in the past two or three days have glossed over the context of the DACA policy, the decision to overturn it, and the potential consequences (which are unknown at this point.) Instead, the elite actors, journalists, and entertainers aligned the DACA decision with the Charlottesville violence. 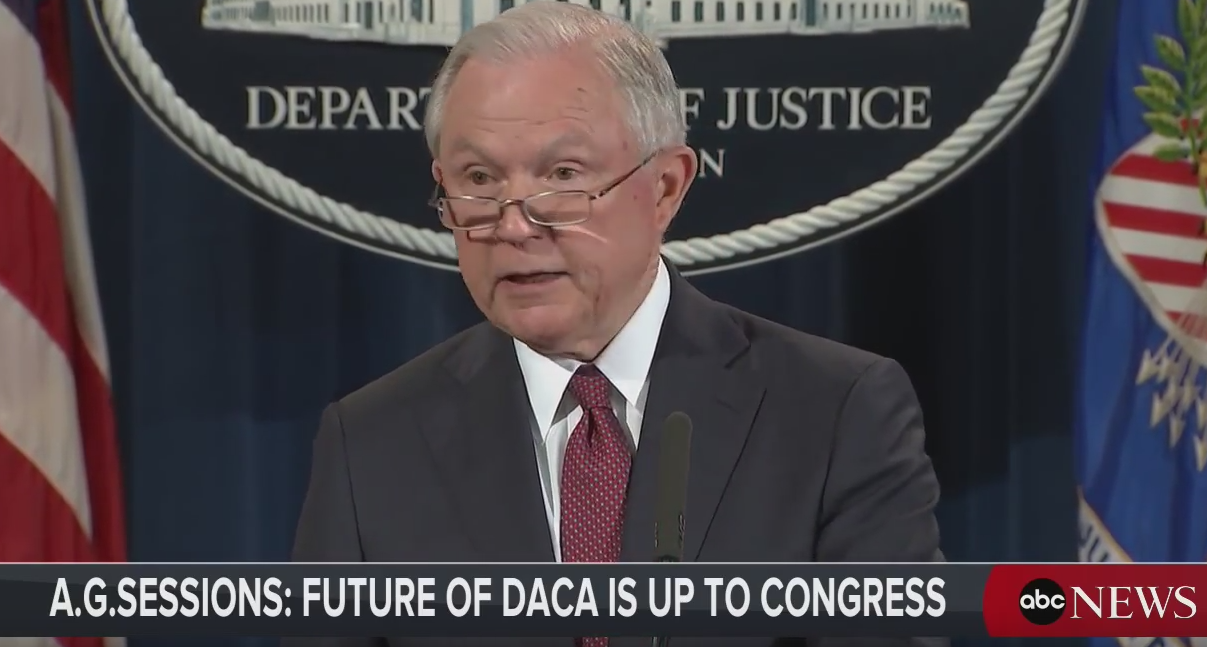 With the elegance of a cocktail party gone wrong, Twitter’s biggest stars made the DACA reversal about racism and white supremacy. Charles Blow, a NYT columnist, brought white supremacy into the equation: “Donald Trump is saying in every way possible that power in America is white, straight, and male and all else are targets.” Rapper Moby blamed it on the “racist #republican supporters.” Powerful words coming from a privileged white man. John Leguizamo stated to Trump, “You and the republicans are definitely becoming the enemy of Latinxs in America and Latin America.”

Judd Apatow accused the GOP of “not believing in democracy.” He also said, “What would Trump do to a Transgender, DACA child who wants to take down racist monuments and believes in global warming? The stockade?” Seems like an awfully grown-up child that would be interested in all that. 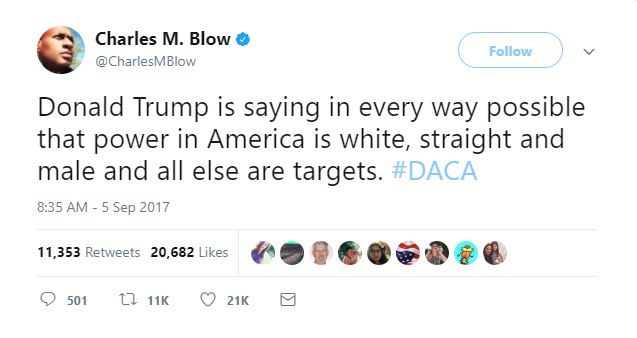 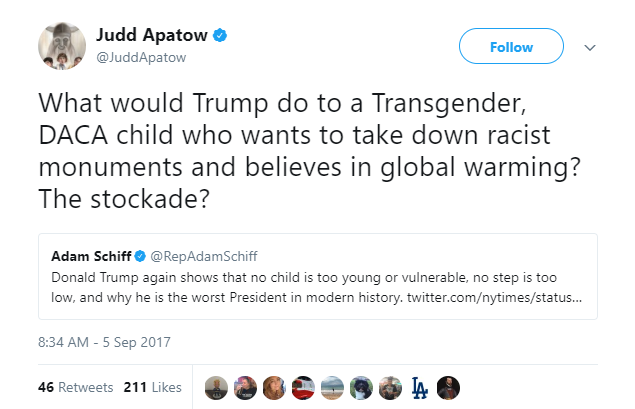 Chelsea Handler decided that, “Donald Trump hates brown people.” She later posted, “Welcome to the land of Kim Jun Trump.” Her rant also included a request that Jeff Sessions never speak publicly, or at least “without a hood.” And of course, the whole rage thread was completed with a “Trump needs to be replaced” statement. How’s that military coup coming along?

Cecile Richards, president of Planned Parenthood, ironically stated, “Our doors remain open to all, including DREAMers and DACA recipients -- no matter what.” Note to the unborn children of DREAMers: once you check into Planned Parenthood, you don’t check out.

George Takei stated that while the American people might have compassion, Sessions and his “boss” do not. Mark Ruffalo stated: “A cowardly act by a cruel, vindictive and heartless administration intent on tearing at the very fabric of the American dream.” Lin Manuel Miranda said, “Okay. The Bad Man continues to do bad.”

The Women’s March started a protest in New York City, and called the decision, “immoral.” Actress Piper Perabo joined, asking her followers to come and protest at the Trump Tower with her.  Michael Moore tweeted, “Devoid of empathy or compassion. . .end it. Now.”

Kumail Nanjiani also introduced an article about DACA with, “I mean we have an immigrant hatred quota to hit.”

Josh Gad, of Frozen fame, gave his analysis of America: apparently, the U.S. is  “barrelling down a very ugly path right now. How many people must be blocked, deported & banned before we say enough?” What ever happened to legal immigration?

CNN’s Ana Navarro gave her opinion: “Trump consistently pleases only his base. He’s the President of 34% of Americans...at most.” Jeffrey Wright accused Sessions and Trump of only rescinding the policy because it was made possible during the Obama administration.