Letterman Interview with Jay-Z: 'Dumb*ss' Trump Brings Out 'Ugly Side of America' 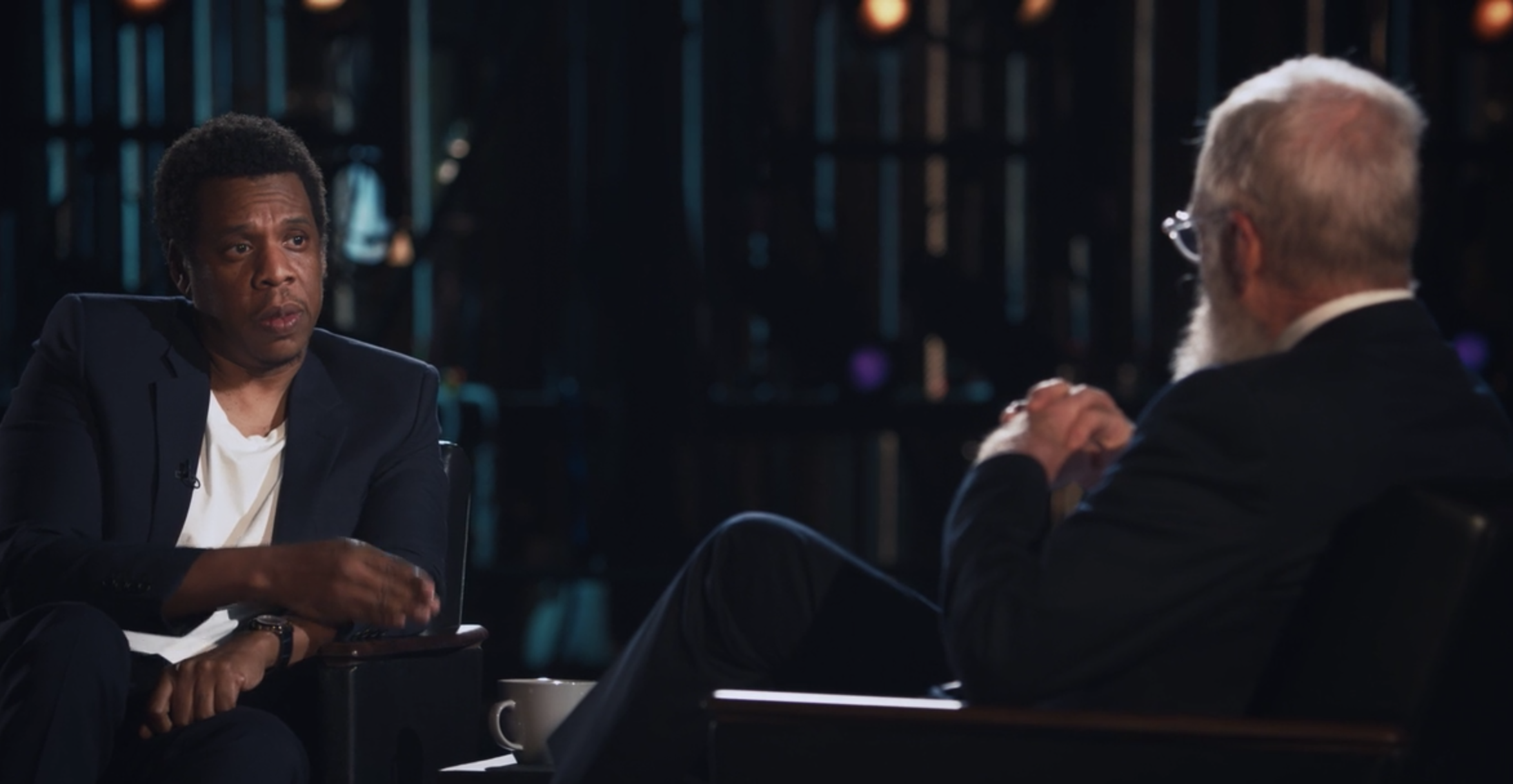 In Friday’s episode of David Letterman’s Netflix Series, My Next Guest Needs no Introduction, “I Had a Paper Route Too,” Letterman kept with tradition and slipped in a question about President Trump with only fifteen minutes left in the hour-long interview.

This week’s guest was rapper Jay-Z, a vocal Trump hater. So when Letterman jokingly asserted, “I’m beginning to lose hope in the Trump administration,” he knew he’d get a favorable response from both Jay-Z and the audience.

Here's part of the nauseating conversation:

Reminiscent of Hilary Clinton’s “basket of deplorables” comment, Jay-Z remarked: “He’s [Trump] bringing out an ugly side of America that we wanted to believe was gone. And it’s still here and we’ve still got to deal with it.”

Letterman explained how he intelligently deduced that Trump is a racist, despite the fact that liberals have been calling him a racist since he first entered the presidential race: “Is he a racist, is he not a racist? I’m telling you, if you’re having a debate over whether a guy is a racist, chances are that guy is a racist.” That standard would make it difficult for any conservative to avoid being officially labeled a racist, since a ploy commonly used by liberals is to call everyone who disagrees with them a racist.

Letterman added: “The humanity that this country has to represent has been refueled by this dumbass.” Giddy for the chance to call Trump a “dumbass,” Letterman just threw a bunch of buzzwords together into a sentence that doesn’t make any sense. Yet Jay-Z congratulated Letterman for his brave assertions about the President: “It takes people like you speaking out.”

Jay-Z called Trump’s presidency a “great thing,” because it will spark important conversations, particularly on the use of the n-word and “why white men are so privileged in this country.” To cheers and applause, he asseted that people will band together against Trump, and come out in record numbers for the next election.

Fortunately, there are only two more episodes left in this series. Unfortunately, the next guest is Tina Fey, and the last time Letterman interviewed her, she warned against Trump’s presidency resembling Hitler's Nazi Germany.