The liberal taxpayer-funded PBS focused June 19’s episode of its Independent Lens film series on a teen’s transgenderism. Bennett (or Ben), formerly known as Rachael, "transitioned" from a girl to a boy because, as "he" it summed up, “I am a boy with the wrong body parts.” 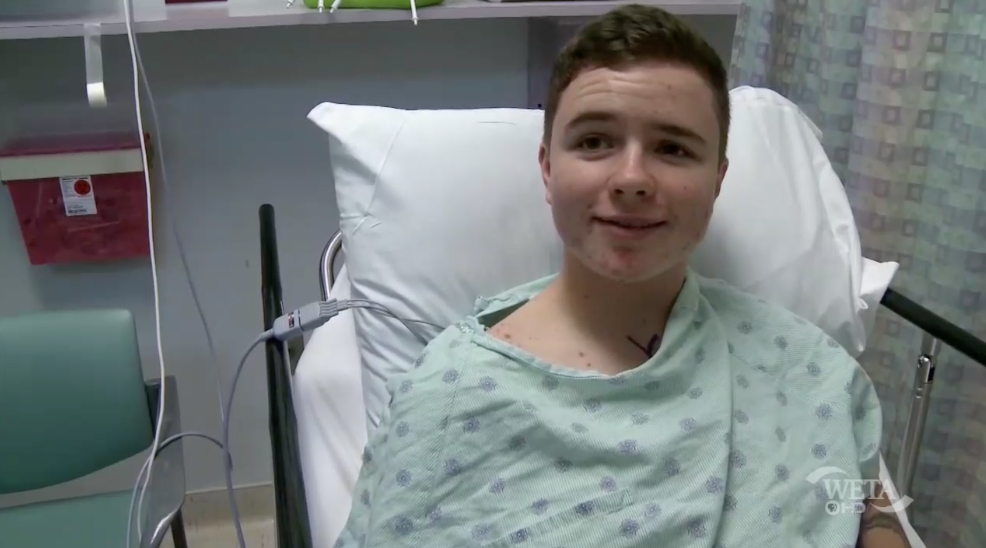 At 19 years old, Ben started taking testosterone to begin his transformation into a boy. But he says his decision was a long time in the making. He even claimed that when he was younger, he “hated using the women's restrooms.”

Despite backlash from his family, Ben received support from transgender musician Joe Stevens, who helped talk with Ben about his transition and even helped fund his surgery. Along with Joe, Ben’s best friend, Dylan, was also born a girl and later "transformed" into a boy. The two of them partake in the many bonds of friendship, like taking their testosterone shots at the same time and scheduling their “top surgeries” for the same day.

In the documentary, Ben takes note of the ever-growing number of “guys and girls out there who are transitioning, sharing their experiences, and sharing hope with each other.”

Video Montage: I don't want to be a girl. I just want to be me. My body isn't how I want it to be, either. People don't understand what I go through on a daily basis...

Ben: There's a large number of guys and girls out there who are transitioning, sharing their experiences, and sharing hope with each other.

Video Montage: It's ok to not be 6'3". It's ok to not have facial hair. My parents actually still don't call me Keith, still call me Kim. Hey, guys, I have decided to talk about, like, dating and how it's been going, being a trans kid in high school.

Ben: The greatest gifts that I received while browsing was that I knew I wasn't alone. I got sober because I could no longer deny that there was a solution to what I was going through, which was transition. This is how I'm going to explain it. I am literally a boy with the wrong body parts.

Mother: No. I just think, you know, that there is the argument of...you're not.

Mother: What defines what is a boy. Is it your brain or is it your body? In our hearts, you're Rachael. That's what we've known you as, and that's a hard habit to break. What's so wrong with the opinion of you are who you are and you get what you get, and I get, you know.

Ben: Is that why you got plastic surgery? Enhancing what you have, is that all right with you? Where do you draw the line? You get what you get. Stop getting haircuts and hair dye. Stop piercing your ears. Stop putting on makeup. Like, what I have is a body that doesn't fit.

Yes, because putting on makeup and piercing ears is exactly the same as surgically changing your biological sex.

Although Ben’s mother opposes his transition at first, she ultimately comes around thanks to Dylan’s mother, who tells her, “We don't have to necessarily understand it completely and fully. We just have to support them, support them and love them.” With the support of his mother finally earned, Ben is free to pursue the normal activities he wants to do. Like taking a college class on toxic masculinity.

The film manages to throw some support in Planned Parenthood’s direction, too, with Ben’s mother explaining that her own mother was “ahead of her time” because she supported the abortion giant.

At the end of the film, Ben asserts, “I will need to do work to, like, heal myself from how painful this has been, you know?” Because having the support of a famous musician, PBS, and millions of viewers like you apparently wasn't enough.