Wednesday night’s episode of Fox’s Shots Fired, “Hour 8: Rock Bottom,” took aim at police officers, again, making them out to be corrupt, greedy white men out to get black people.

After Pastor Janae is arrested for the murder of black teenager Joey Campbell, she is questioned by main characters Special Prosecutor Preston Terry (Stephen James) and Investigator Ashe Akino (Sanaa Lathan). While it’s becoming clear that the white, racist police officers at the station are clearly using her as a cover-up, Pastor Janae makes a pointed comment about policing in general.

Pastor Janae: Do you know the origin of policing in the South? Slave patrols. White men given the authority to question, search, and harass us. Sound familiar? Policing in the U.S. wasn't created to protect and serve. It was created to control us. They are trying to control me.

Akino: As protected as you think you are, folks are talking.

Policing may have constituted slave patrol in the South during the time of slavery, but to claim that all policing in the U.S. was created to control black people is absurd. Regardless, the police of 2017 are not the police of the 1800s.

To add to the villainization of police, Shawn, the younger brother of Joey Campbell, the unarmed black teen who was killed, asks a white police officer, “It's easy for y'all to kill black people?” When the officer protests that the police don’t just kill black people, Shawn spits back, “I know that's what y'all do. You used to lynch us, and now y'all shoot us. Like we ain't even human, like my brother was a dog.”

The police officer is right. He had nothing to do with the death of Shawn’s brother nor the lynching of black people so many years ago. Yet for some reason, the show wants to equate all white police officers with evil, racist cops. 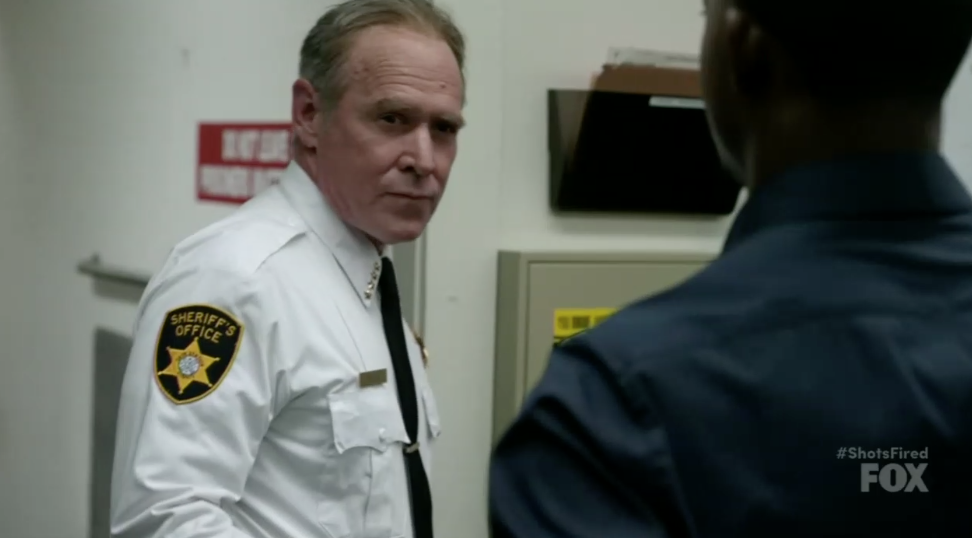 Still adding to Pastor Janae’s statements about the corruption of police officers, a later scene shows the Gate Station police force describing its need to “get our numbers back up.” The lieutenant tells the force, “We need to go fish. Speeders, expired tags, anything you can pull in. These riots ain't going to pay for themselves.”

A subsequent scene shows a white police officer pull over a black man for not signaling before a turn. He begs for a break, claiming he already received a ticket for jaywalking earlier. Apparently, Shots Fired wants to communicate that not only do police officers have it in for black people, but they are overall incredibly greedy and shady as well.

As Prosecutor Terry and Investigator Akino get closer to solving the crime, they lament the fact that although they have two witnesses, “both are black. Poor. Don't speak the King's English.” As if being black realistically excludes someone from serving as a valid witness like it did centuries ago.

Akino sums up nicely what the Shots Fired writers want people to take away from their show: “Justice is supposed to be blind, but she can be a racist bitch.”