In the wake of pro-assisted-suicide films like Me Before You and the media’s applauding of Brittany Maynard’s choice to die, Lifetime’s new euthanasia drama, Mary Kills People, is the latest show to champion the cause of assisted suicide.

The first episode, reasonably titled “Bloody Mary,” premiered Sunday night and began with Mary Harris (Caroline Dhavernas) and partner Des (Richard Short) giving a man his life-taking drug in a glass of champagne. When the man hesitates, Mary calms him down by comparing the fear of death to the fear of flying in an airplane. As the man swallows the drink, his wife comes home calling his name. However, a complication occurs, leading to a horrible scene involving Mary suffocating him to death with a pillow before snatching the money and running out of the room before the wife returns. Mary later calls the death “peaceful” to an accomplice.

Troy: How long does it take?

Mary: Got anything better?

Mary: She's not supposed to be home.

Des: You got the money, right?

Mary: Are you kidding me? You're supposed to take care of the money.

Des: You're supposed to be taking care of it; go get it. Go get it.

Troy’s Wife: Baby, I got you a smoothie. Honey? You all right? Troy?

What an undignified way for a man to die at the hands of a doctor who "helps people in need end their lives with dignity.” Not to mention the poor wife who never had the chance to say good-bye to her loved one. Yet one of Mary’s accomplices tells her, “We’re doing the right thing.”

Interestingly, Mary, who sees no issue with killing people for a living, does have “issues with injections.” She and her partner constantly argue over whether it’s better to use an injection or a drink to take someone’s life. It’s finally revealed that Mary prefers using drinks because it puts the choice to die in the person’s own hands, and not hers.

Her sidekick Des clearly harbors some guilt about the ethics of their job. When Mary jokingly refers to him as a serial killer, he responds, “Says the woman who just smothered a guy with a pillow.” Later, he answers a phone call from Mary with “Murder Incorporated.” At one point, Des gets excited at the prospect of Mary quitting her deadly side job. When Mary argues that she “can't quit helping people,” Des retorts, “No, of course. You're like Joan of Arc, on a divine mission.” 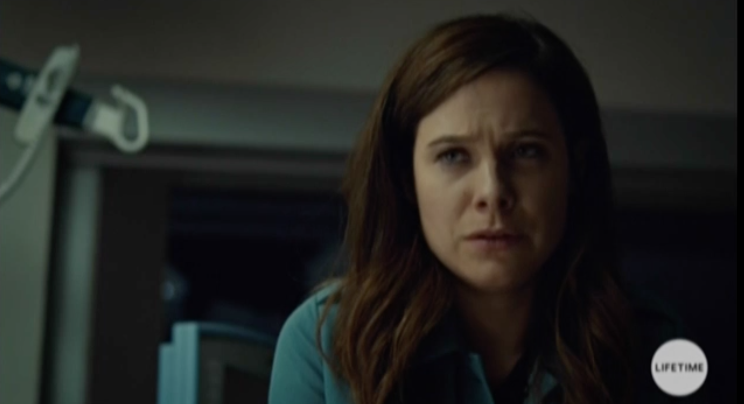 Evidently, the writers at Lifetime are confused when it comes to what killing and murder truly mean. Mary’s daughter’s friend mentions an essay she wrote on Che Guevara, but all she has to say about the mass-murdering communist is that "he witnessed all, like, the suffering, and, you know, injustices of the people. And he saved them…Like, he saved them. He was a real hero." Just to stick in another piece of liberal agenda, the two young teenagers then proceed to make out.

When asked why she does what she does, Mary asserts, “I believe we should be in control of our life and our death. That's liberty. And dying isn't a crime.” Maybe Mary believes people should be in control of their life and death because she doesn’t believe there’s some higher power in control. In response to her youngest daughter asking, “What happens to people when they die,” Mary suggests that the only thing that happens to them is that “they stay in our hearts.”

The media loves to promote whatever agenda it pleases, so regarding its new obsession with assisted suicide, Mary Kills People fits right in.